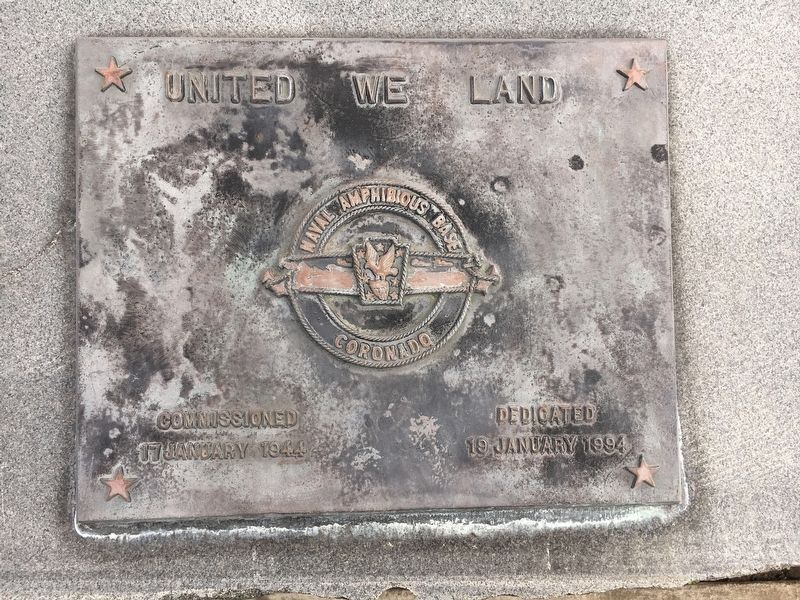 Topics. This historical marker is listed in these topic lists: Air & Space • Military • Patriots & Patriotism. A significant historical date for this entry is January 17, 1944.

More about this marker. This marker is located on Naval Base Coronado (NBC). For Base access for special events (to include weddings, retirements, change of commands, tours, etc.) please contact the NBC Access Team: Email: nbc_access@navy.mil Phone: (619) 545-8871 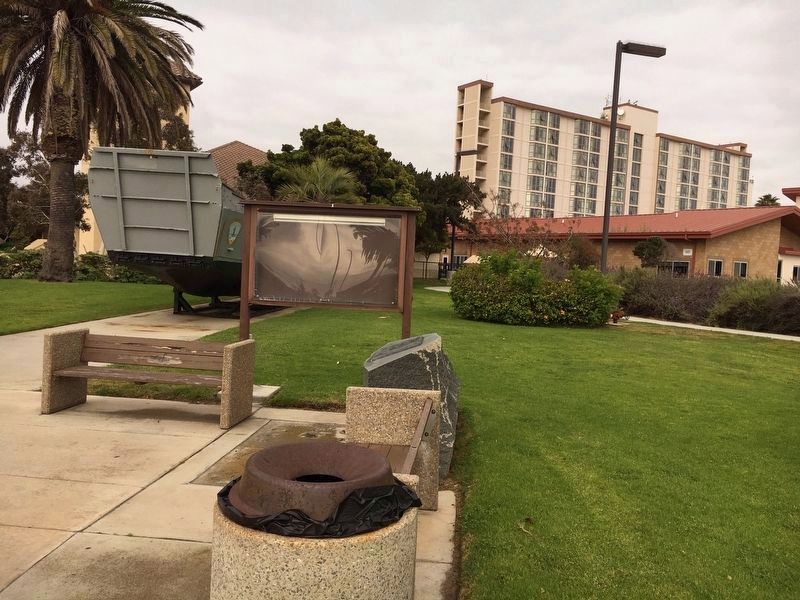 By Jamie Gallant Jamison, May 19, 2018
2. United We Land marker in front of a display landing craft with "Assault Craft Unit One"

Click or scan to see
this page online
. The Naval Amphibious Base (NAB), Coronado was established in 1943 after the land was literally created from the dredging of San Diego Bay done to allow large ships used in World War II to steam into Naval Station San Diego. It is the only Naval amphibious base on the West Coast. (Submitted on May 28, 2018, by Jamie Gallant Jamison of Coronado, California.)

By Jamie Gallant Jamison, May 20, 2018
3. View of the Naval Amphibious Base, Coronado from the Bay bridge. 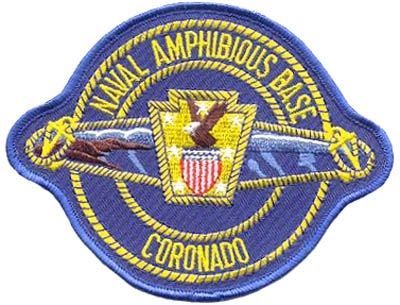