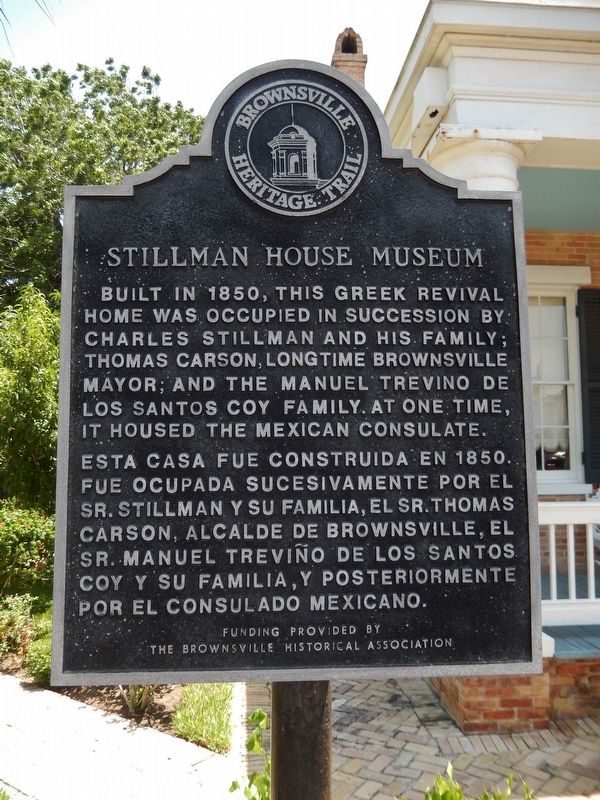 English:
Built in 1850, this Greek Revival home was occupied in succession by Charles Stillman and his family; Thomas Carson, longtime Brownsville Mayor; and the Manuel Trevino de los Santos Coy family. At one time, it housed the Mexican Consulate.