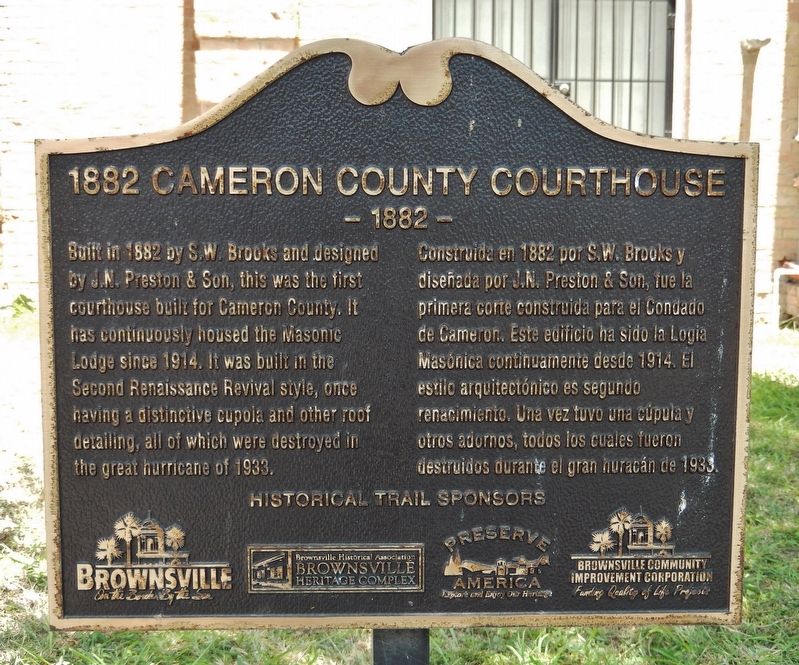 English:
Built in 1882 by S.W. Brooks and designed by J.N. Preston & Son, this was the first courthouse built for Cameron County. It has continuously housed the Masonic Lodge since 1914. It was built in the Second Renaissance Revival style, once having a distinctive cupola and other roof detailing, all of which were destroyed in the great hurricane of 1933.