The Town of Sarita 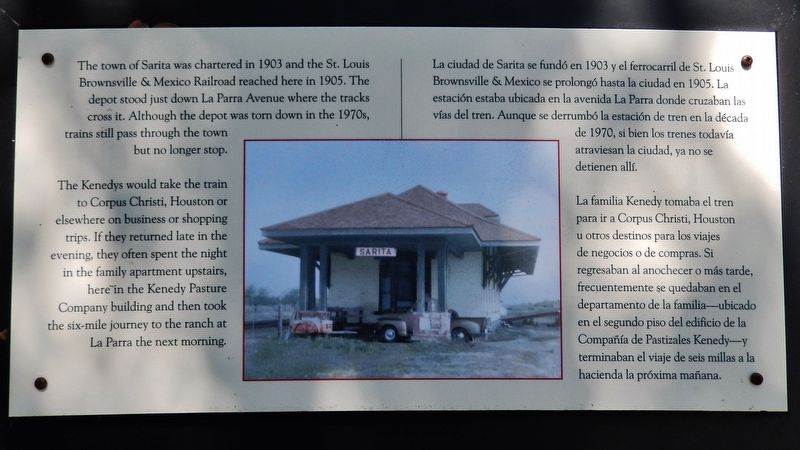 Photographed By Cosmos Mariner, May 17, 2018
1. The Town of Sarita Marker
Inscription.
. This historical marker was erected by Kenedy Ranch Museum of South Texas. It is in Sarita in Kenedy County Texas

English:
The town of Sarita was chartered in 1903 and the St. Louis Brownsville & Mexico Railroad reached here in 1905. The depot stood just down La Parra Avenue where the tracks cross it. Although the depot was torn down in the 1970s, trains still pass through the town but no longer stop.

The Kenedys would take the train to Corpus Christi, Houston or elsewhere on business or shopping trips. If they returned late in the evening, they often spent the night in the family apartment upstairs, here in the Kenedy Pasture Company building and then took the six-mile journey to the ranch at La Parra the next morning.