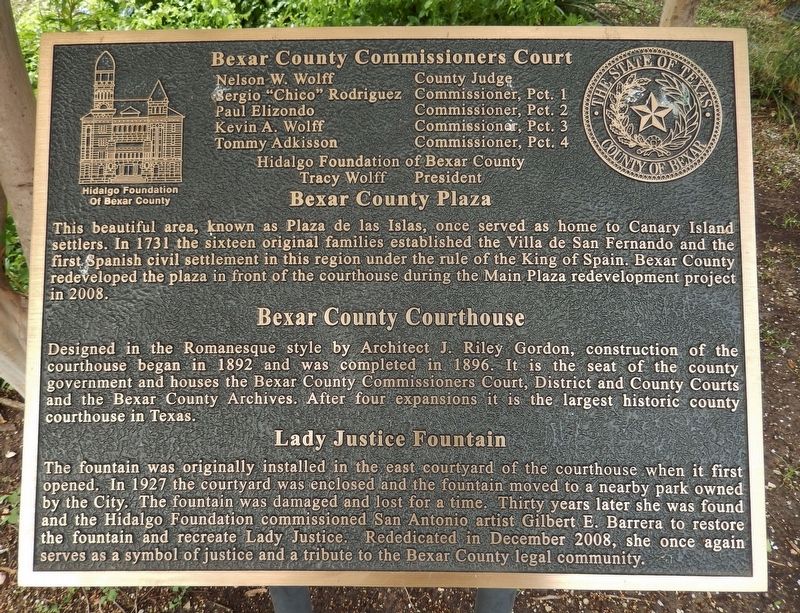 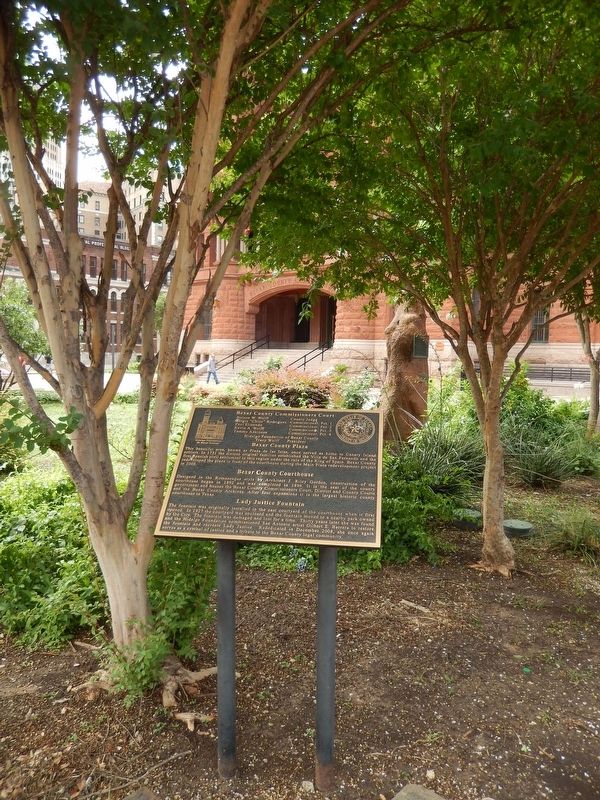 Click or scan to see
this page online
county courthouse in Texas.

Lady Justice Fountain
The fountain was originally installed in the east courtyard of the courthouse when it first opened. In 1927 the courtyard was enclosed and the fountain moved to a nearby park owned by the City. The fountain was damaged and lost for a time. Thirty years later she was found and the Hidalgo Foundation commissioned San Antonio artist Gilbert E. Barrera to restore the fountain and recreate Lady Justice. Rededicated in December 2008, she once again serves as a symbol of justice and a tribute to the Bexar County legal community.

Location. 29° 25.442′ N, 98° 29.625′ W. Marker is in San Antonio, Texas, in Bexar County. Marker is on Dolorosa east of South Main Avenue, on the right when traveling east. Marker is located north of the Bexar County Courthouse. Touch for map. Marker is at or near this postal address: 100 Dolorosa, San Antonio TX 78205, United States of America. Touch for directions. 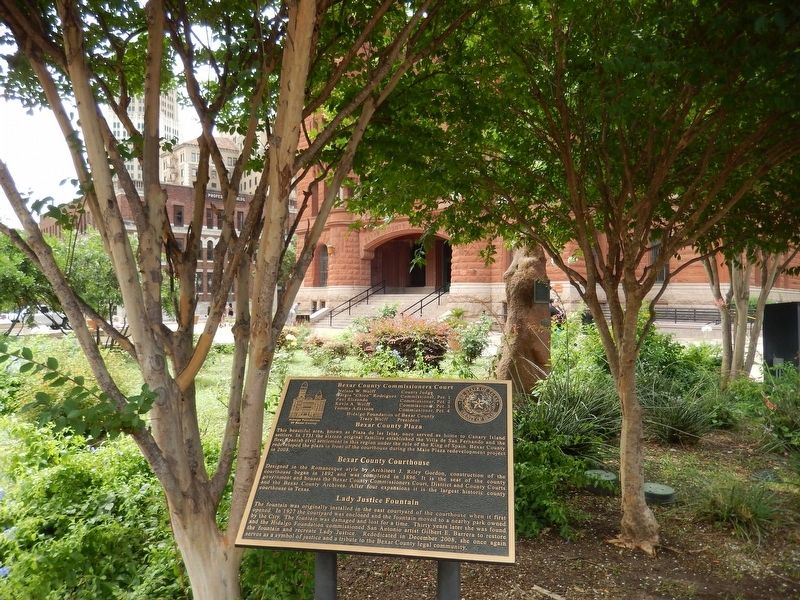 Also see . . .
1. Bexar County Courthouse. In 1891, property was purchased on the south side of the main plaza for the construction of the fourth county courthouse and a design competition was held. The winning prize of $1,000 went to the design by San Antonio architect James Riely Gordon. The contractors for the fourth Bexar County courthouse were George Dugan, Otto P. Kroeger and David Hughes. The monumental building is four stories tall with a basement and designed in Gordon's familiar Richardsonian Romanesque style with Spanish influences, built with Pecos red sandstone on top of a foundation of Burnet pink granite. (Submitted on June 2, 2018, by Cosmos Mariner of Cape Canaveral, Florida.)

2. Lady Justice's Triumphant Return. The dazzling Lady Justice Fountain was ceremoniously unveiled in December of 2008 to a crowd of over 500 people, including the Texas Supreme Court Justice Wallace Jefferson, Bexar County Judge Nelson Wolff, and 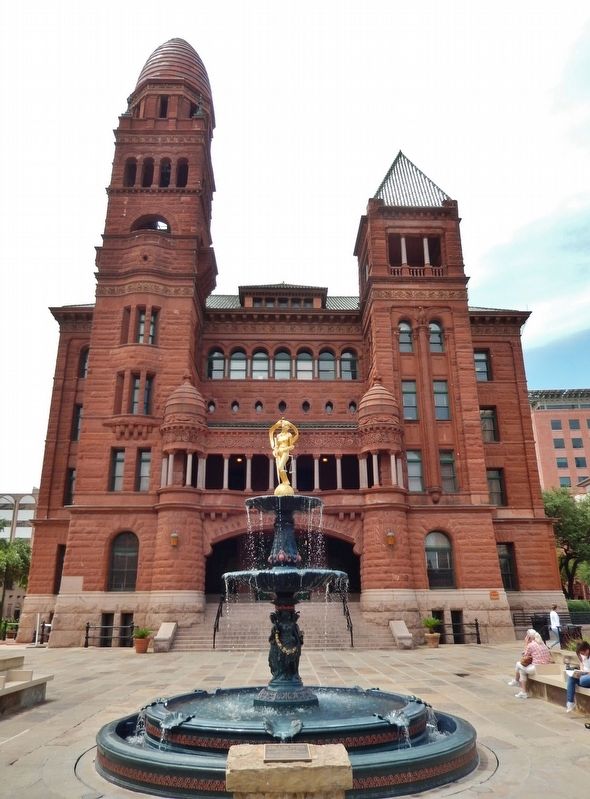 4. James Riely Gordon. His first major job was to supervise the construction of the Federal Courthouse and Post Office in San Antonio (1886–89). His design for the Texas Building at the World's Columbian Exposition in Chicago (1892–93) won a medal of merit. Remembered primarily for his courthouses, Gordon designed no fewer than eighteen for Texas. In 1984 twelve were still standing, in Bexar, Comal, Ellis, Erath, Fayette, Gonzales, Harrison, Hopkins, Lee, McLennan, Victoria, and Wise counties. Ten were still serving their original purpose. His most important structure built outside Texas is the Arizona Capitol, done for the territorial government (1898–1900). (Submitted on July 8, 2018, by Cosmos Mariner of Cape Canaveral, Florida.) 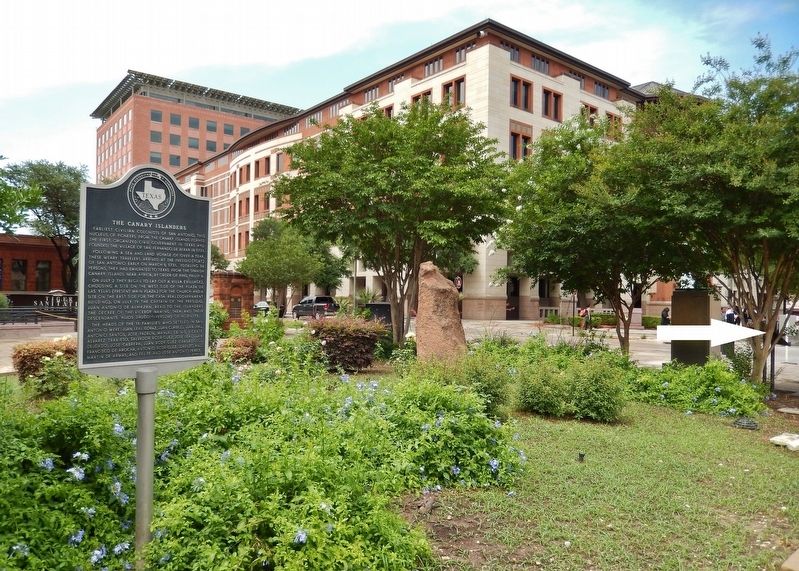 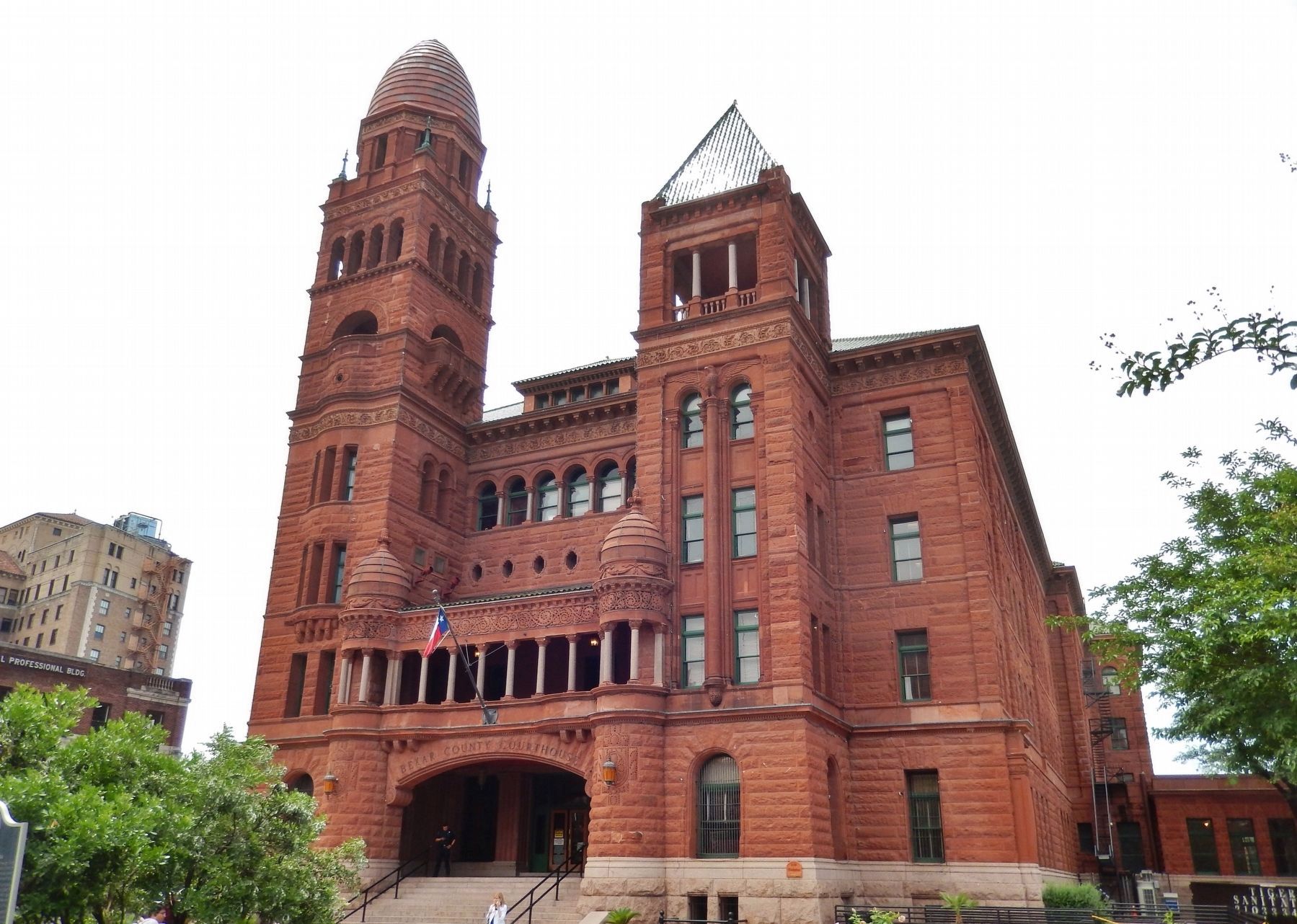