— A City of Milton Historic Site — 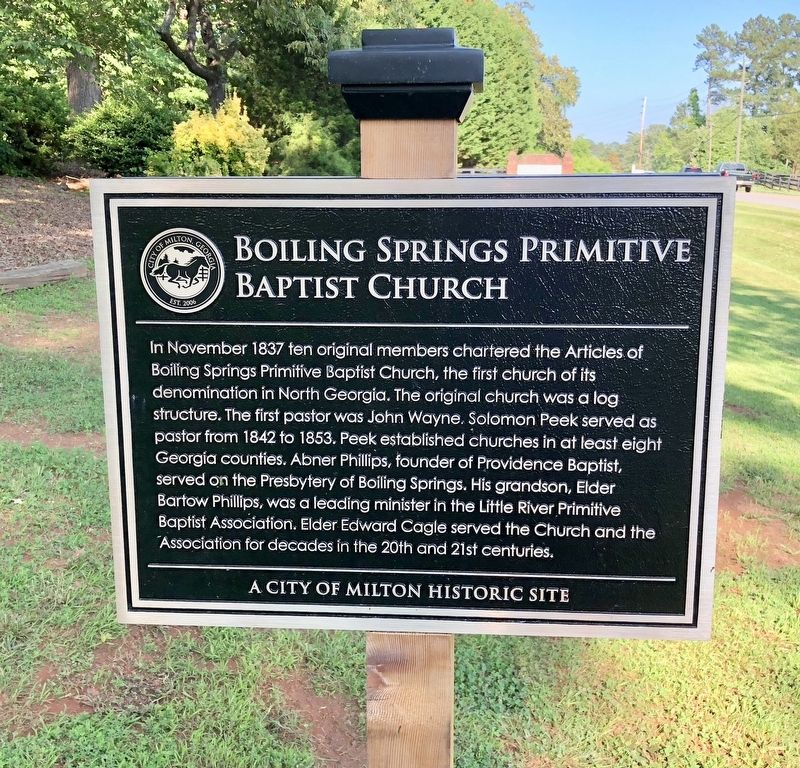 In November 1837 fen original members chartered the Articles of Boiling Springs Primitive Baptist Church, the first church of its denomination in North Georgia. The original church was a log structure. The first pastor was John Wayne. Solomon Peek served as pastor from 1842 to 1853. Peek established churches in at least eight Georgia counties. Abner Phillips, founder of Providence Baptist, served on the Presbytery of Boiling Springs. His grandson, Elder Bartow Phillips, was a leading minister in the Little River Primitive Baptist Association. Elder Edward Cagle served the Church and the Association for decades in the 20th and 21st centuries.

Erected 2018 by the City of Milton, Georgia.

Topics. This historical marker is listed in this topic list: Churches & Religion. A significant historical month for this entry is November 1837. 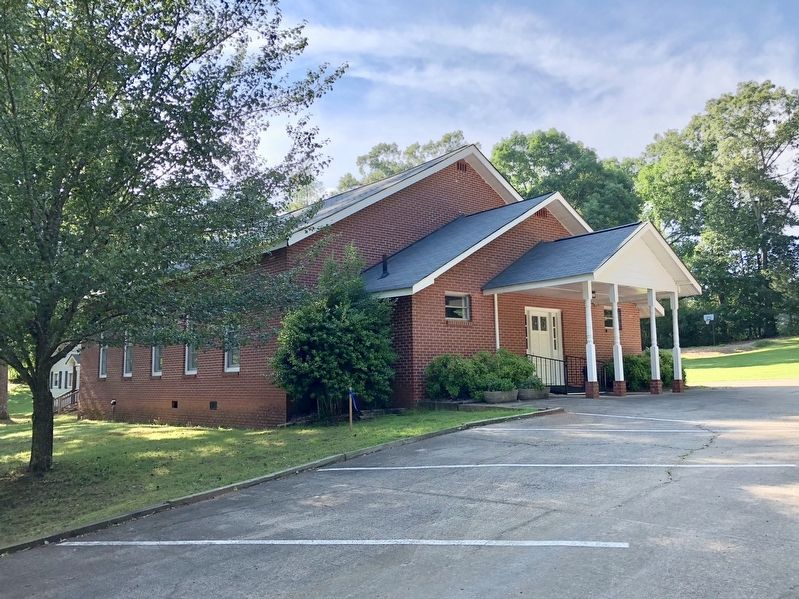 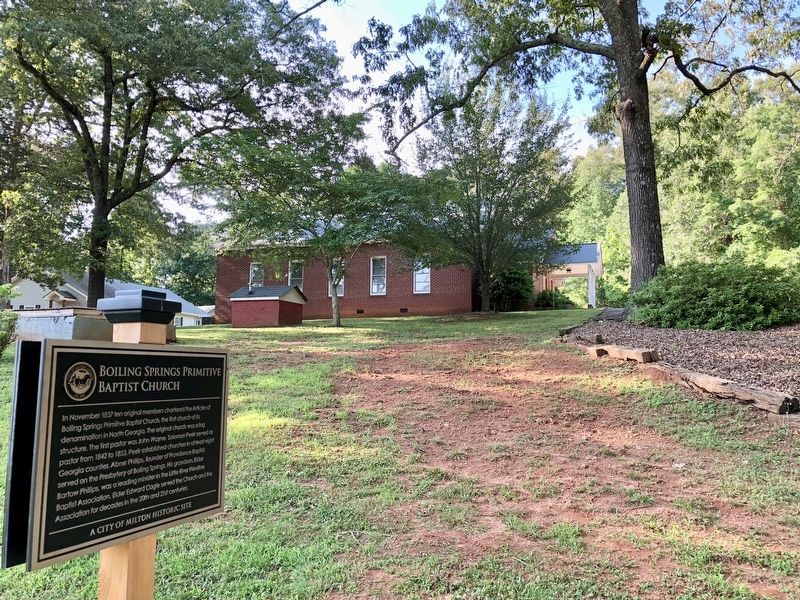