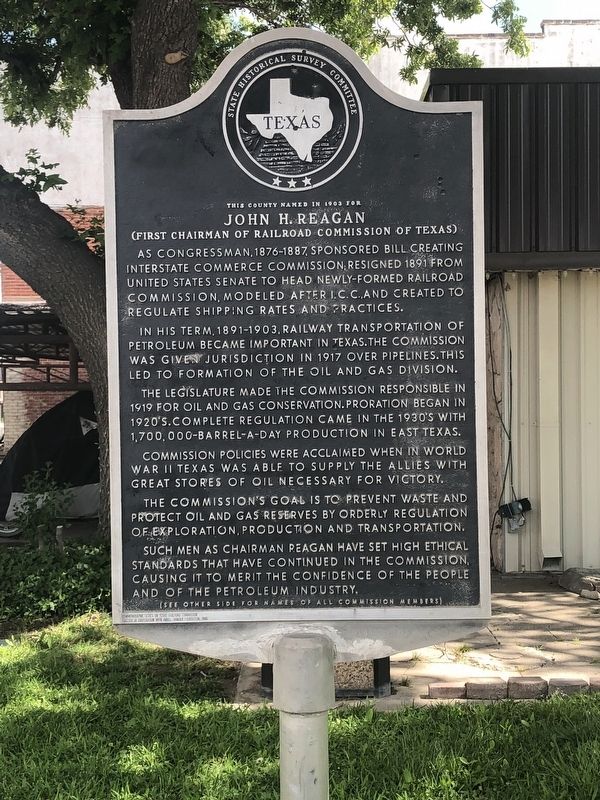 In his term, 1891-1903, railway transportation of petroleum became important in Texas, the Commission was given jurisdiction in 1917 over pipelines. This led to formation of the oil and gas division.

The Legislature made the Commission responsible in 1919 for oil and gas conservation. Probation began in 1920s. Complete regulation came in the 1930s with 1,700,000-barrel-a-day production in East Texas.

Commission policies were acclaimed when in World War II Texas was able to supply the allies with great stores of oil necessary for victory.

The Commission's goal is to prevent waste and protect oil and gas reserves by orderly regulation of exploration, production and transportation.

Such men as chairman Reagan have set high ethical standards that have continued in the Commission, causing it to merit the confidence of the people and of the petroleum industry. 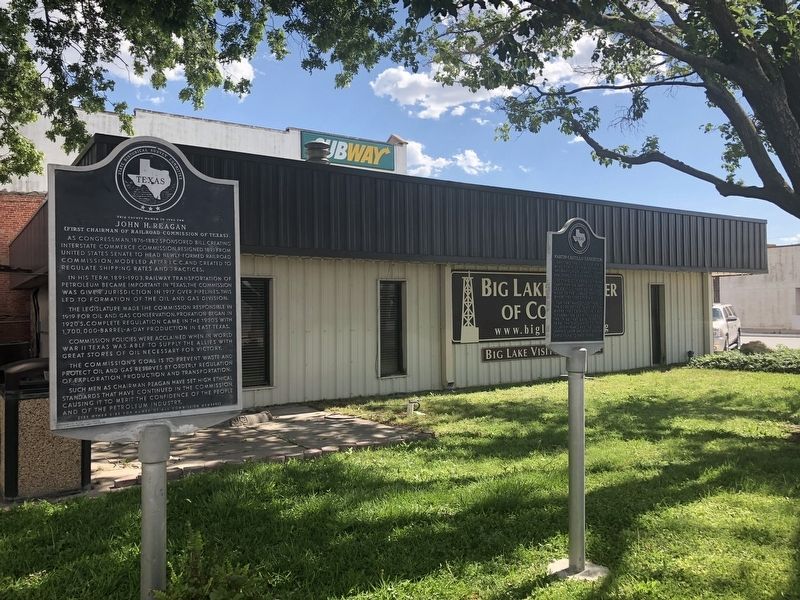 Incise in base: Commemorative series on Texas Railroad Commission. Erected in Cooperation with Abell-Hangar Foundation, 1966.

Other nearby markers. At least 4 other markers are within 15 miles of this marker, measured as the crow flies. Martin-Castillo Expedition (here, next to this marker); a different marker also named John H. Reagan (about 500 feet away, measured in a direct line); City of Big Lake (approx. one mile away); Stiles Cemetery (approx. 14.9 miles away).
Credits. This page was last revised on November 28, 2020. It was originally submitted on June 4, 2018, by Brian Anderson of Kingwood, Texas. This page has been viewed 140 times since then and 21 times this year. Photos:   1, 2. submitted on June 4, 2018, by Brian Anderson of Kingwood, Texas. • Andrew Ruppenstein was the editor who published this page.
Share this page.