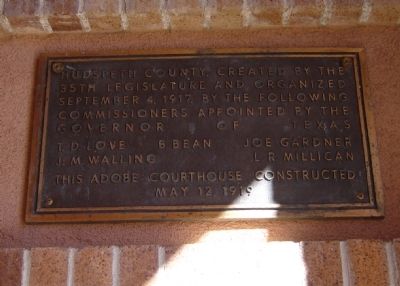 Hudspeth County created by the 35th legislature and organized September 4, 1917, by the following commissioners appointed by the governor of Texas.
T.D. Love • B Bean • Joe Gardner
J.M. Walling • L.R. Millican
This adobe courthouse constructed May 12, 1919

Topics. This historical marker is listed in these topic lists: Government & Politics • Settlements & Settlers. A significant historical date for this entry is May 12, 1907.

Other nearby markers. At least 7 other markers are within 9 miles of this marker, measured as the crow flies. Fort Quitman (a few steps from this marker); Sierra Blanca Methodist Church (approx. 0.2 miles away); America's Second Transcontinental Railroad 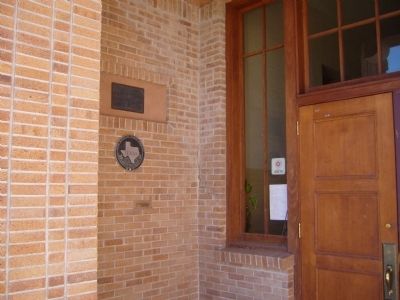 Regarding Hudspeth County Courthouse. Only adobe county courthouse in state. 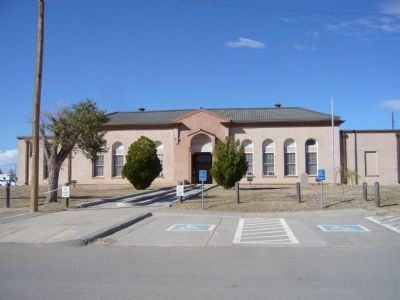