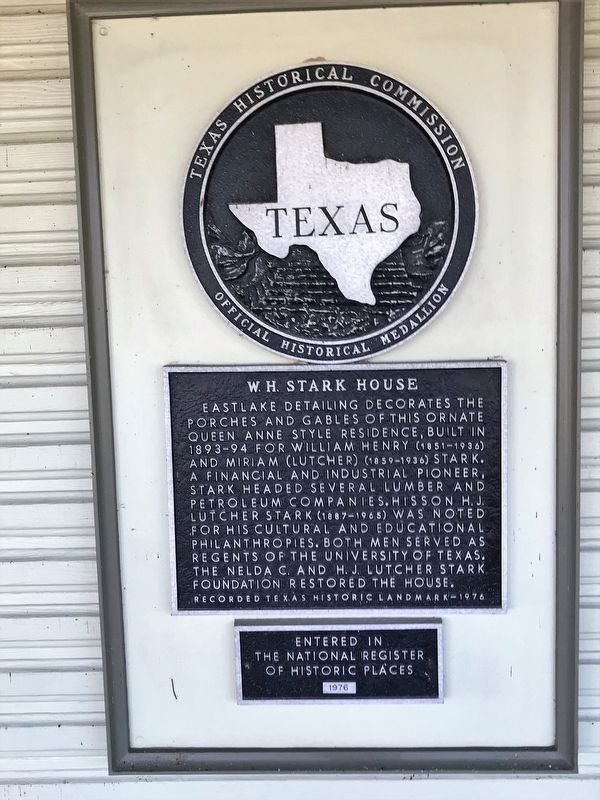 Lower Plaque: , Entered in the National Register of Historic Places 1976 . This historical marker was erected in 1976 by Texas Historical Commission. It is in Orange in Orange County Texas

Eastlake detailing decorates the porches and gables of this ornate Queen Anne style residence, built in 1893-94 for William Henry (1851-1936) and Miriam (Lutcher) (1859-1936) Stark. A financial and industrial pioneer, Stark headed several lumber and petroleum companies. His son H.J. Lutcher Stark (1887-1965) was noted for his cultural and educational philanthropies. Both men served as regents of the University of Texas. The Nelda C and H.J. Lutcher Stark Foundation restored the house.

Lower Plaque:
Entered in the National Register of Historic Places 1976 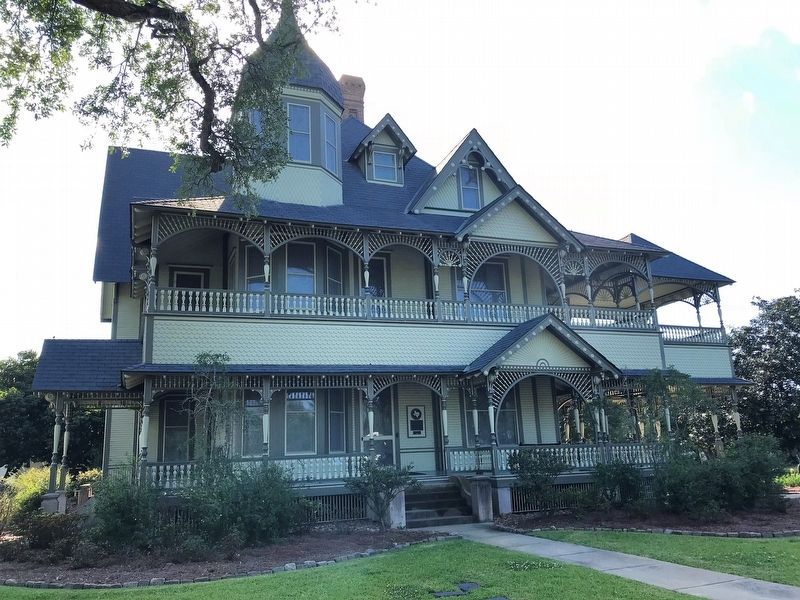 Click or scan to see
this page online
, on the right when traveling north. Touch for map. Marker is at or near this postal address: 610 Main Avenue, Orange TX 77630, United States of America. Touch for directions.