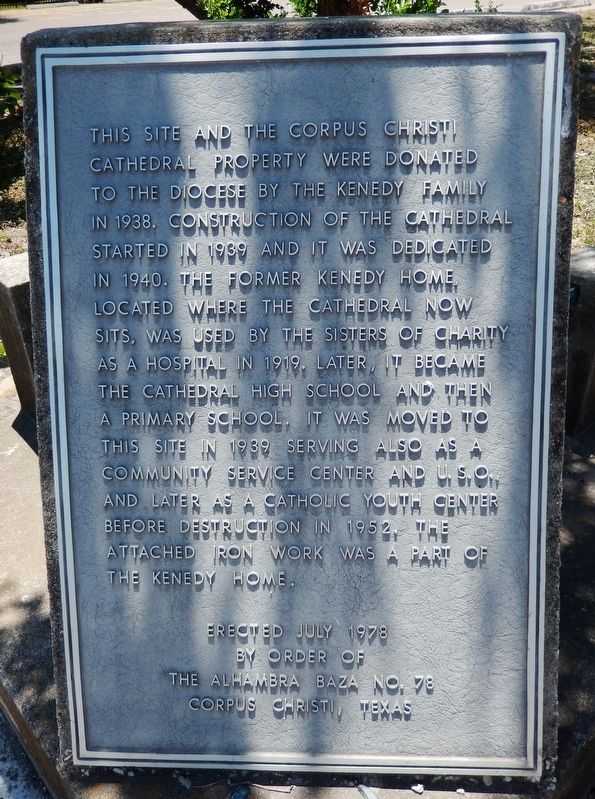 This site and the Corpus Christi Cathedral property were donated to the Diocese by the Kenedy family in 1938. Construction of the Cathedral started in 1939 and it was dedicated in 1940. The former Kenedy home, located where the Cathedral now sits, was used by the Sisters of Charity as a hospital in 1919. Later, it became the Cathedral High School and then a primary school. It was moved to this site in 1939 serving also as a community service center and U.S.O., and later as a Catholic Youth Center before destruction in 1952. The attached iron work was a part of the Kenedy home.


Erected July 1978
by order of
The Alhambra Baza No. 78
Corpus Christi, Texas

Topics. This historical marker is listed in these topic lists: Churches & Religion • Education. A significant historical year for this entry is 1938. 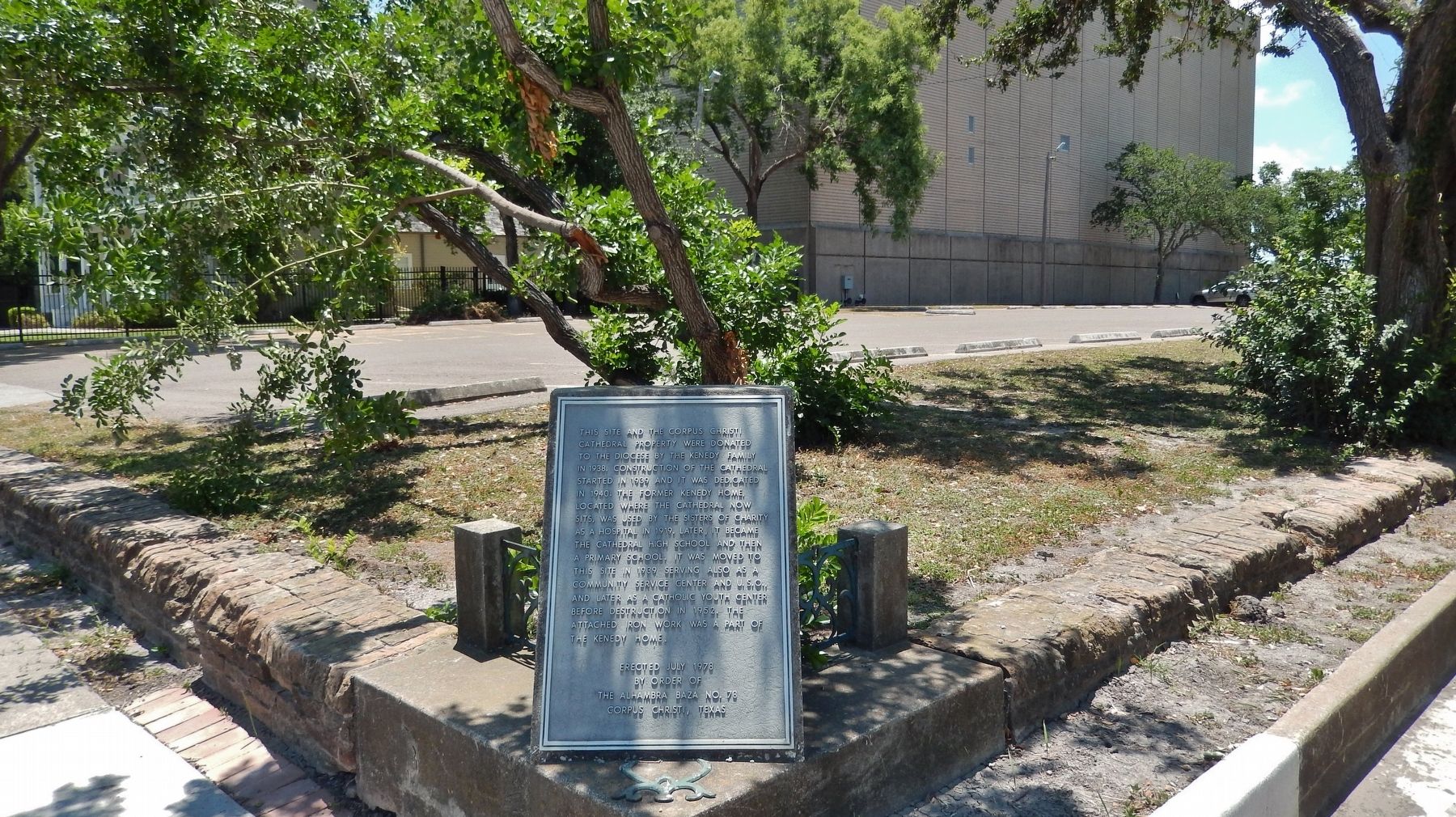 Click or scan to see
this page online
Broadway and Lipan Street, on the right when traveling south on North Upper Broadway. Marker is a large metal tablet mounted on the ground, beside the sidewalk, at the southwest corner of the intersection. Touch for map. Marker is in this post office area: Corpus Christi TX 78401, United States of America. Touch for directions. 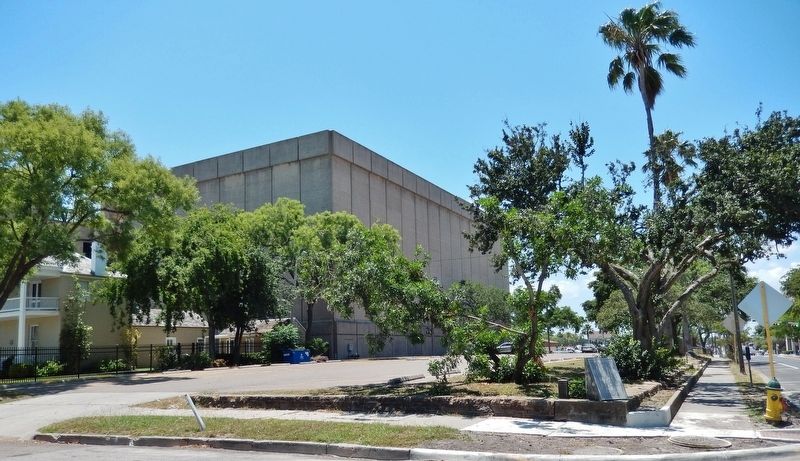 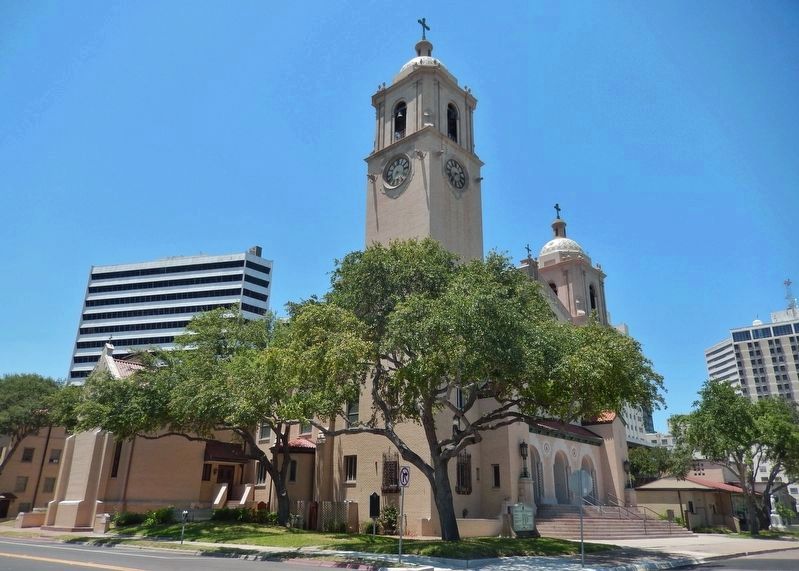