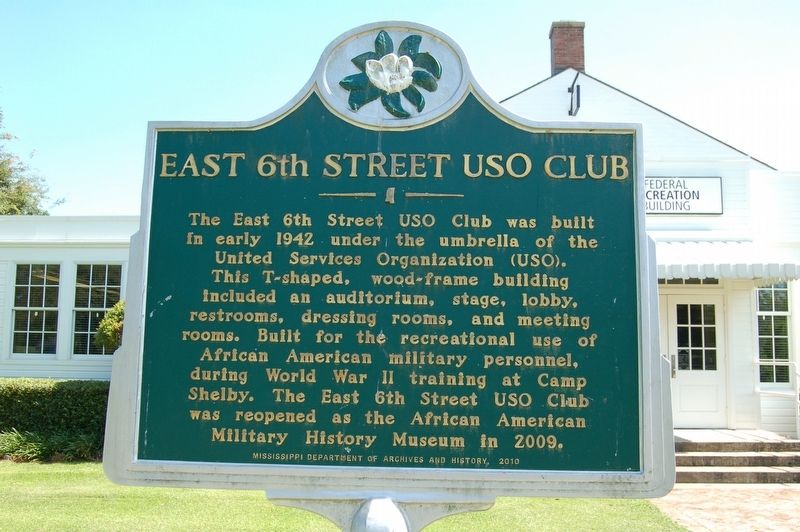 The East 6th Street USO Club was built in early 1942 under the umbrella of the United Services Organization (USO). This T-shaped, wood-frame building included an auditorium, stage, lobby, restrooms, dressing rooms, and meeting rooms. Built for the recreational use of African American military personnel during World War II training at Camp Shelby, The East 6th Street USO Club was reopened as the African American Military History Museum in 2009.

Topics and series. This historical marker is listed in these topic lists: African Americans • Entertainment. In addition, it is included in the Mississippi State Historical Marker Program series list. 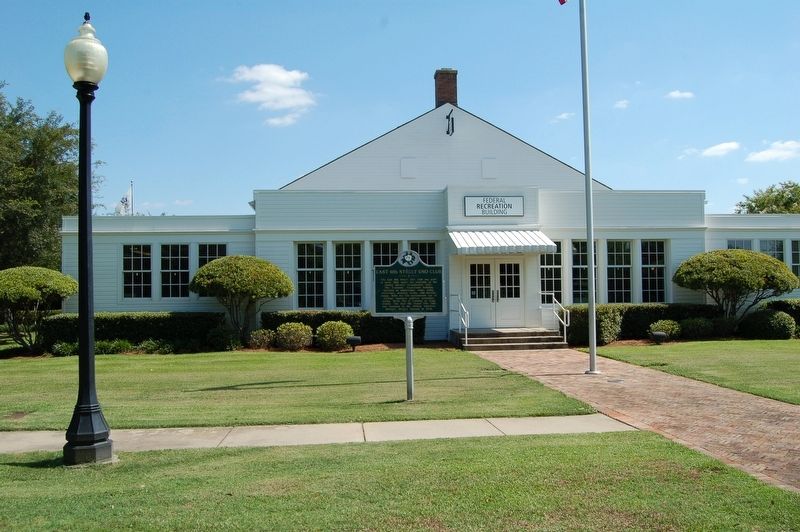