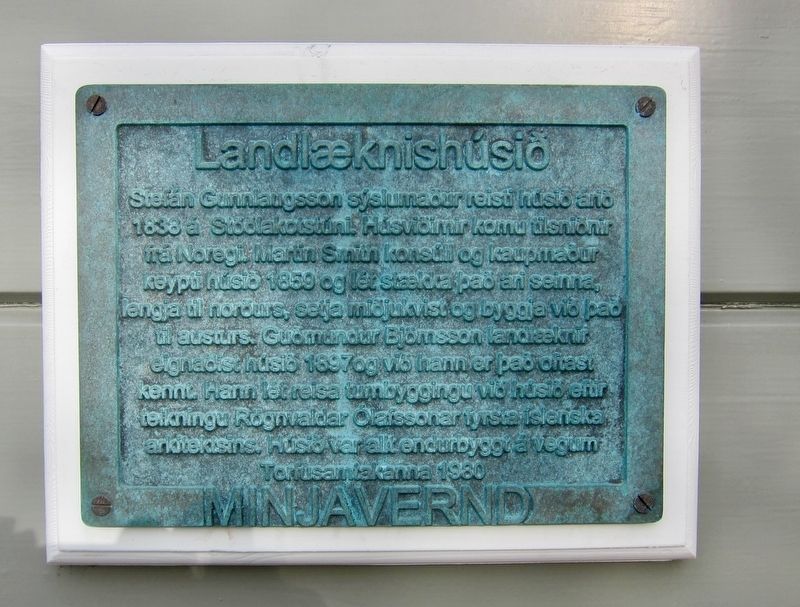 Stefán Gunnlaugsson, district commissioner, built the house in 1838 at Stöðlakotstún, with wood from Norway. Martin Smith, consul and merchant, bought the house in 1859 and expanded it a year later, extending it to the north and east. Guðmundur Björnsson Landlækir acquired the house in 1897 and it is with him that the house is usually associated. He added a tower to the house, following the plans of Rögnalvaldur Ólafsson, the first Icelandic architect. The house was completely renovated by the Tortus Association in 1980. . This historical marker was erected by Minjavernd. It is in Reykjavik Höfuðborgarsvæðið Iceland