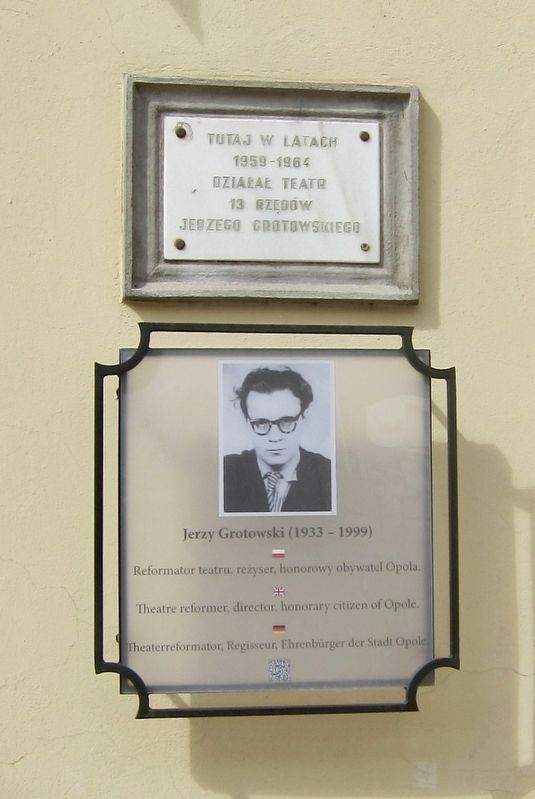 . This historical marker is in Opole in Opole Powiat Opole Poland 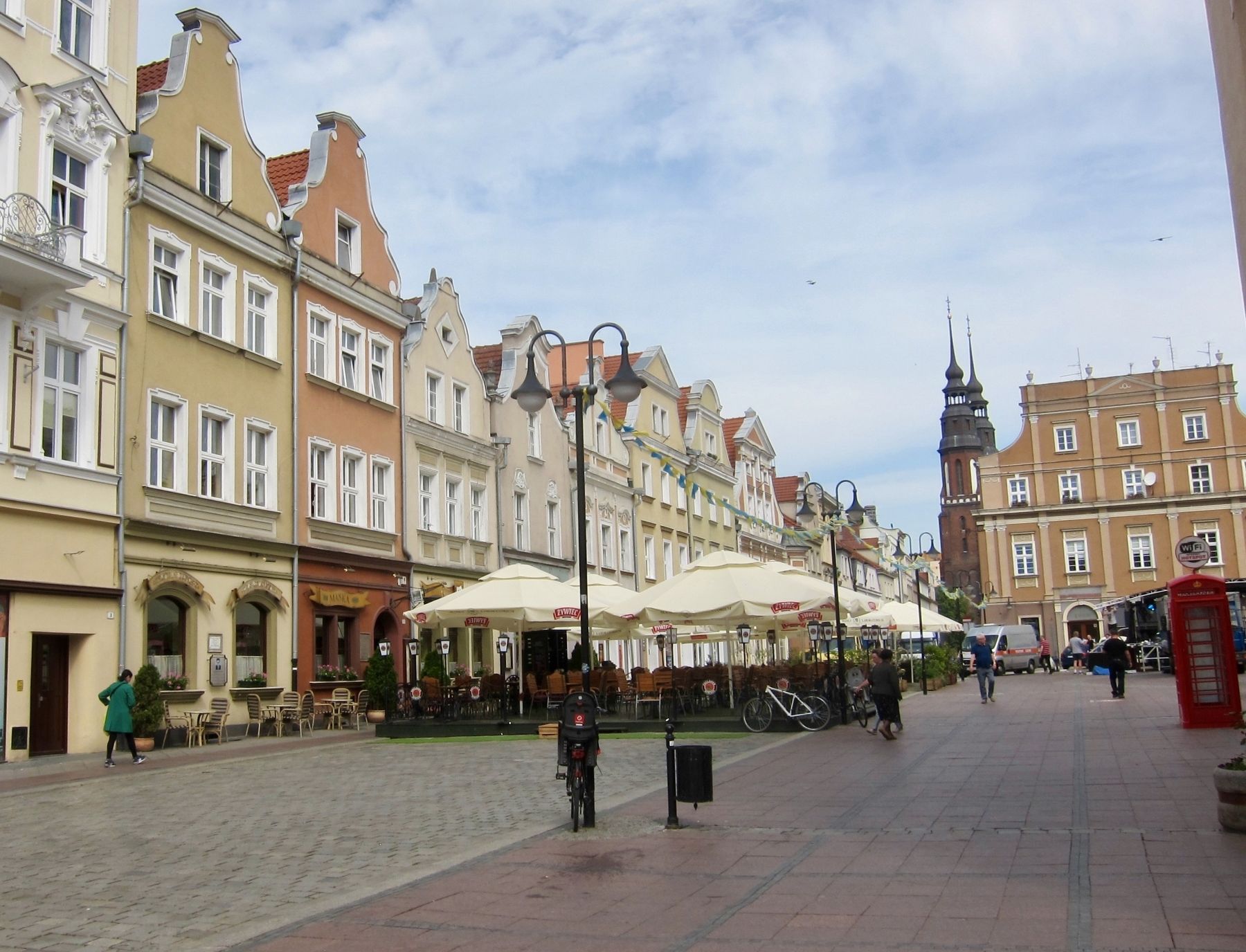 Photographed By Andrew Ruppenstein, May 23, 2018
2. Jerzy Grotowski Marker - Wide View
The marker is visible here between the two windows of the left-most building.

Also see . . .  Jerzy Grotowski (Wikipedia). "Jerzy Marian Grotowski (11 August 1933 – 14 January 1999) was an innovative Polish theatre director and theorist whose approaches to acting, training and theatrical production have significantly influenced theatre today. He was born in Rzeszów, in South-eastern Poland in 1933 and studied acting and directing at the Ludwik Solski Academy of Dramatic Arts in Kraków and Russian Academy of Theatre Arts in Moscow. He debuted as a director in 1957 in Kraków with Eugène Ionesco's play Chairs and shortly afterwards founded a small Laboratory Theatre in 1959 in the town of Opole in Poland. During the 1960s, the company began to tour internationally and his work attracted increasing interest. As his work gained wider acclaim and recognition, Grotowski was invited to work in the United States and he left Poland in 1982. Although the company he founded in Poland closed a few years later in 1984, he continued to teach and direct productions in Europe and America. However, Grotowski became increasingly uncomfortable with the adoption and adaptation of his ideas and practices, particularly in the US. So, at what seemed to be the height of his public profile, he left America and moved to Italy where he established the Grotowski Workcenter in 1985 in Pontedera, near Pisa. At this centre he continued his theatre experimentation and practice and it was here that he continued to direct training and private theatrical events almost in secret for the last twenty years of his life. Suffering from leukemia and a heart condition, he died in 1999 at his home in Pontedera." (Submitted on June 7, 2018.)
Credits. This page was last revised on June 7, 2018. It was originally submitted on June 7, 2018, by Andrew Ruppenstein of Sacramento, California. This page has been viewed 132 times since then and 36 times this year. Photos:   1, 2. submitted on June 7, 2018, by Andrew Ruppenstein of Sacramento, California.
Share this page.