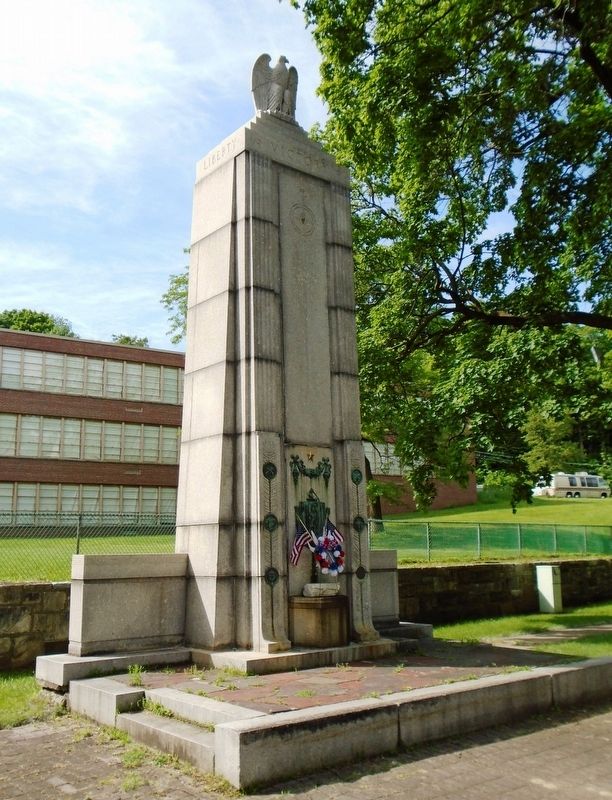 By William Fischer, Jr., June 2, 2018
1. War Memorial
Inscription.
War Memorial. Liberty . Victory.
To the Men and Women of Adams who served this country in time of war

[Seal of Commonwealth of Massachusetts] . . This memorial was erected in 1935. It is in Adams in Berkshire County Massachusetts

[Seal of Commonwealth of Massachusetts]

Topics. This memorial is listed in these topic lists: Patriots & Patriotism • War, Spanish-American • War, US Civil • War, World I.

Location. 42° 37.641′ N, 73° 7.05′ W. Marker is in Adams, Massachusetts, in Berkshire County. Memorial is on Columbia Street (Massachusetts Route 8) north of Valley Street, on the left when traveling north. Monument is adjacent to Adams Memorial Middle School. Touch for map. Marker is in this post office area: Adams MA 01220, United States of America. Touch for directions. 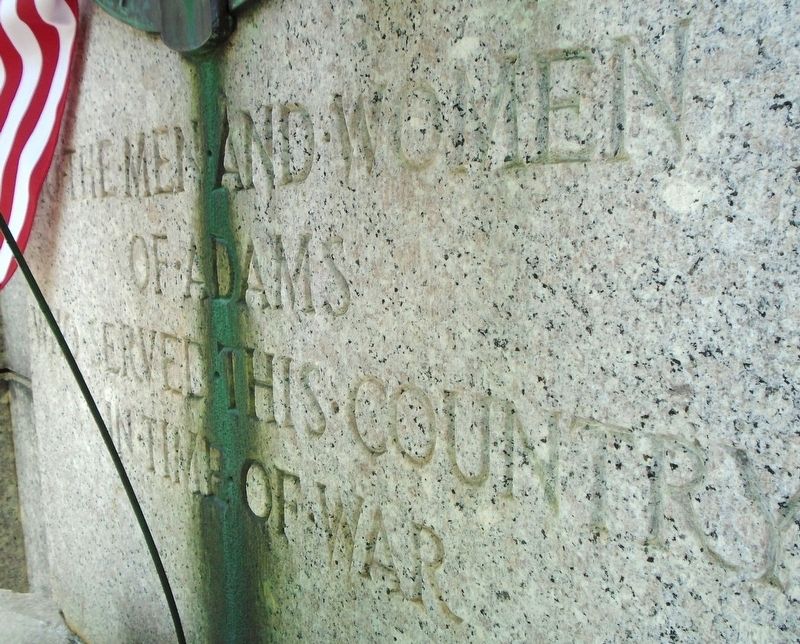 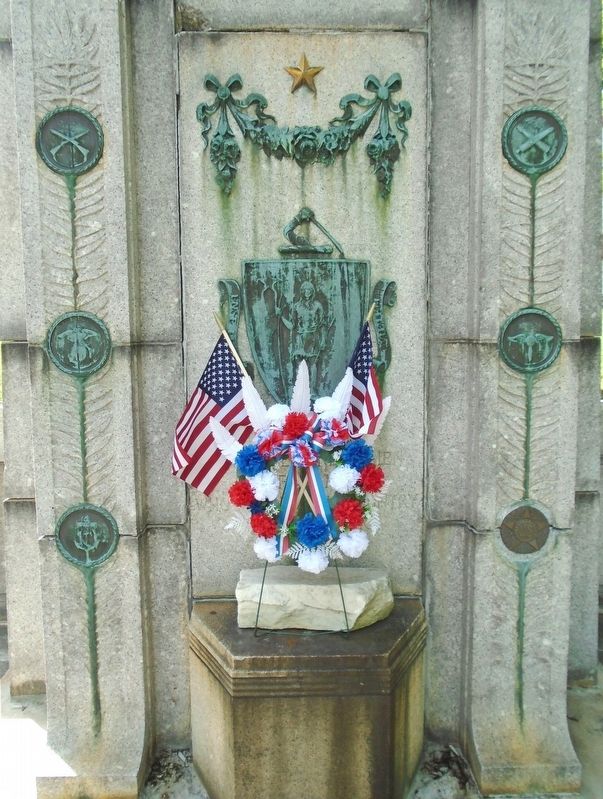 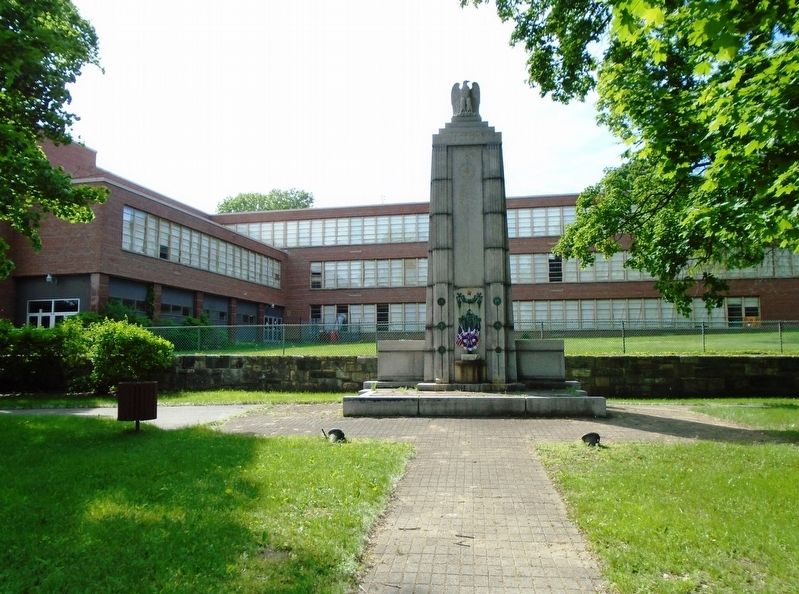 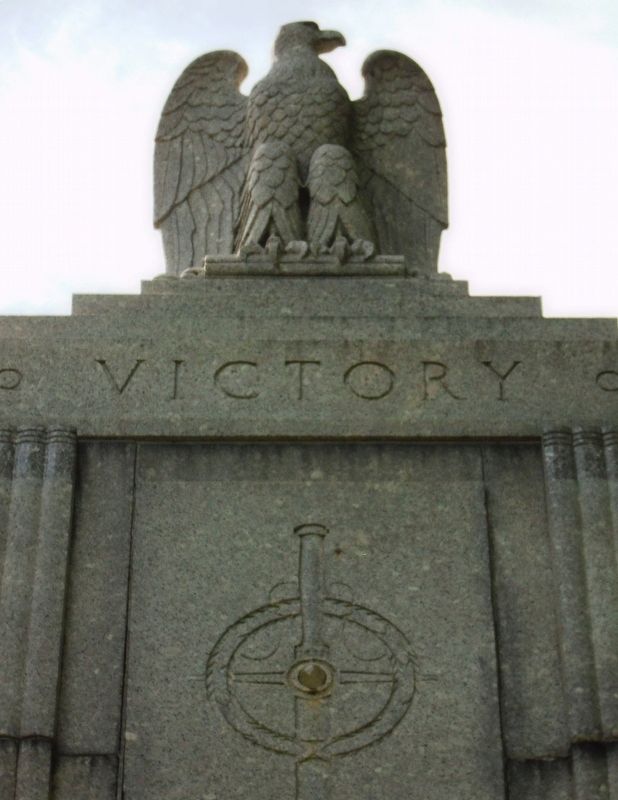 Editor’s want-list for this marker. What word on the monument's top NE face compliments Liberty and Victory? What was on the missing medallion? • Can you help?
Share This Page.