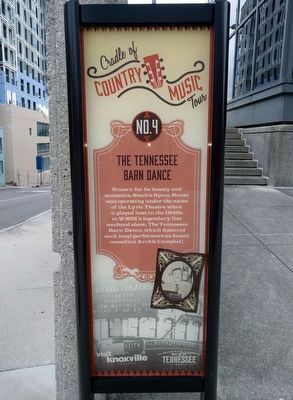 Known for its beauty and acoustics, Staub's Opera House was operating under the name of the Lyric Theatre when it played host in the 1940s to WNOX's legendary live weekend show, The Tennessee Barn Dance, which featured such local performances as famed comedian Archie Campbell. (Marker Number 4.) 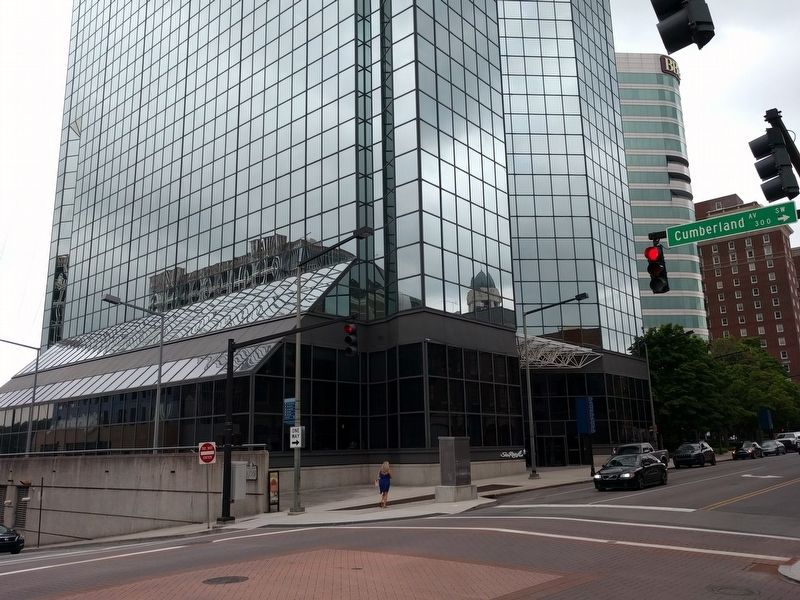 Photographed By Joel Seewald, May 31, 2018
2. The Tennessee Barn Dance Marker