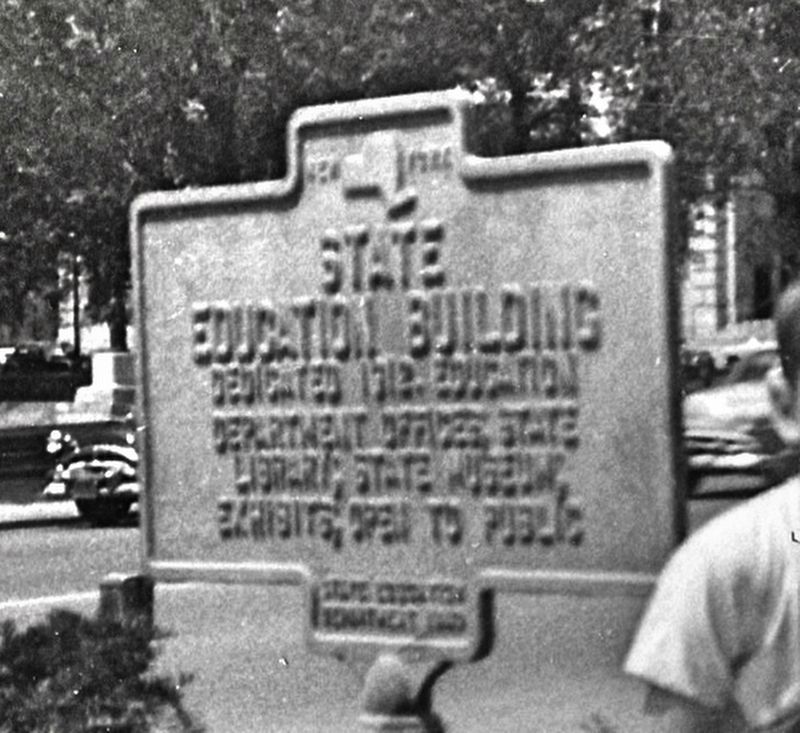 Location. Marker has been reported missing. It was located near 42° 39.233′ N, 73° 45.48′ W. Marker was in Albany, New York, in Albany County. Marker could be reached from Washington Avenue near Hawk Street, on the right when traveling north. Touch for map. Marker was at or near this postal address: 89 Washington Avenue, Albany NY 12234, United States of America. Touch for directions. 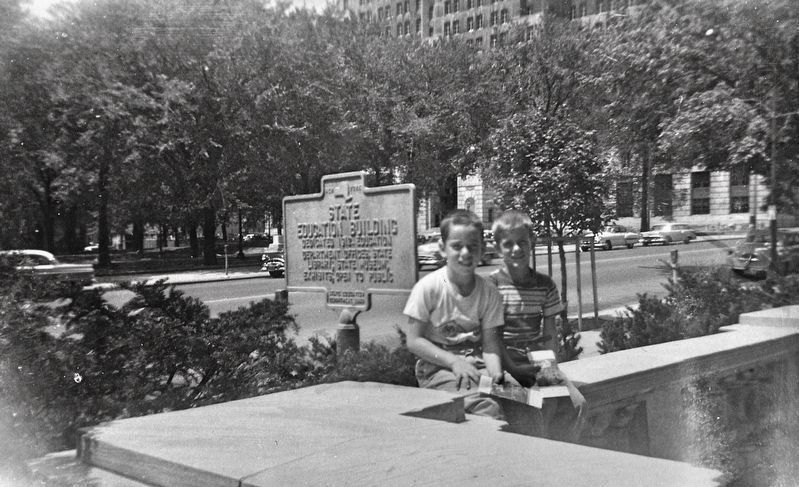 By Margaret Hilton
2. Marker with the Alfred E. Smith State Office Building in background.
Photo taken by my mother, in the middle 1950's, with my brother on the right.
(Submitted on June 13, 2018, by Mark Hilton of Montgomery, Alabama.)

Additional comments.
1. My First Historical Marker.
My brother and I visited the State Education Building and the state museum inside. Established in 1836, it is the oldest and largest state museum in the country. The state museum and the state library moved to the new Cultural Education Center, in 1976, as part of the Empire Plaza.
— Submitted June 13, 2018, by Mark Hilton of Montgomery, Alabama. 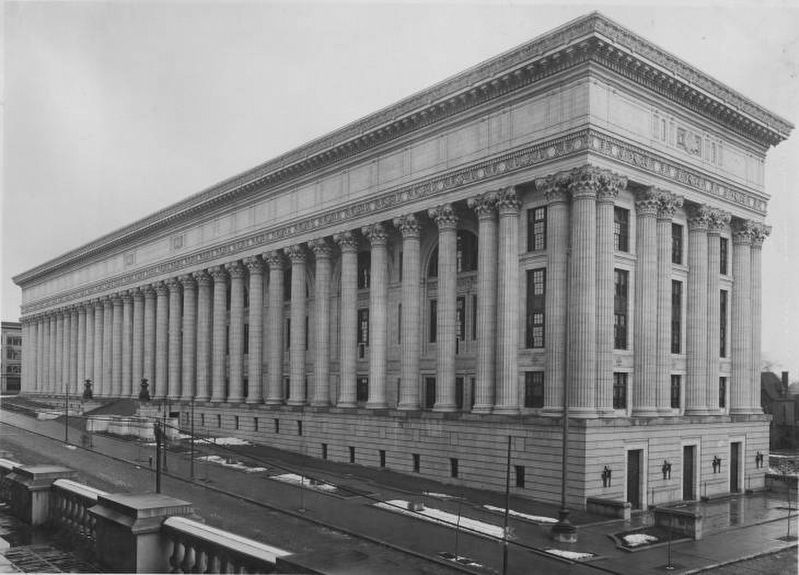 Editor’s want-list for this marker. Clear, closeup photo of marker. • Can you help?
Share This Page.