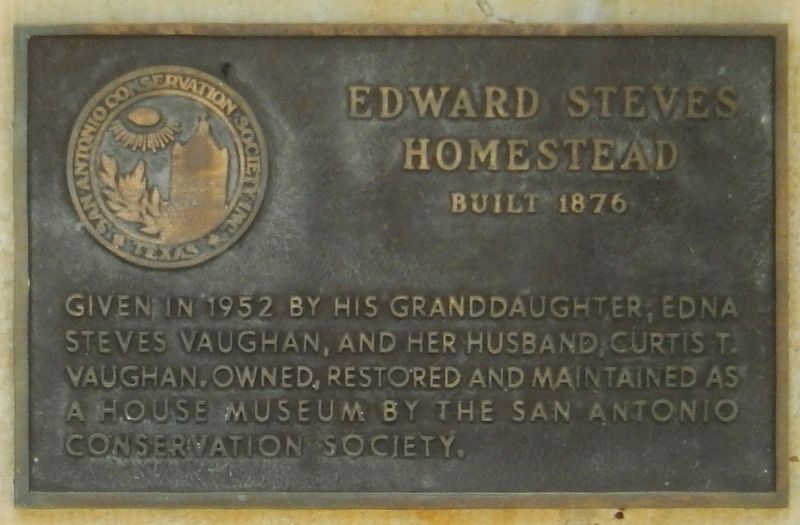 Given in 1952 by his granddaughter, Edna Steves Vaughan, and her husband, Curtis T. Vaughan. Owned, restored and maintained as a house museum by the San Antonio Conservation Society.

Topics. This historical marker is listed in this topic list: Notable Buildings. A significant historical year for this entry is 1876.

Location. 29° 24.761′ N, 98° 29.717′ W. Marker is in San Antonio, Texas, in Bexar County. Marker is on King William Street south of East Johnson Street, on the right when traveling south. Homestead Plaque is mounted at eye-level, directly on the front wall of the subject building, just to the left of the main front entrance. Touch for map. Marker is at or near this postal address: 509 King William Street, San Antonio TX 78204, United States of America. Touch for directions. 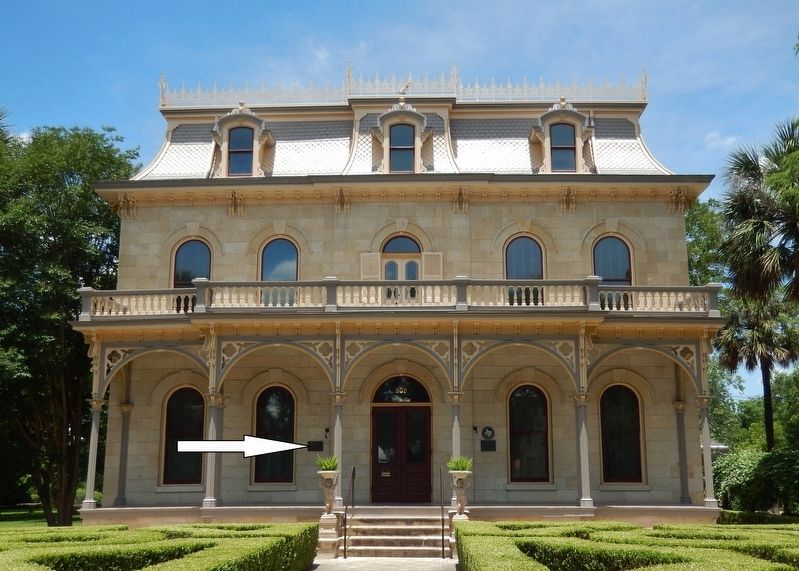 Related markers. Click here for a list of markers that are related to this marker. Edward Steves Homestead

Also see . . .
1. Steves Homestead. The fountain in the side yard was purchased by Mr. Steves at the Philadelphia Centennial exposition of 1876. (Submitted on June 16, 2018, by Cosmos Mariner of Cape Canaveral, Florida.)

2. Edward Steves. In 1866 Steves entered the lumber business in San Antonio, where he became known for his Louisiana cypress and long-leaf Florida pine, brought by oxcart from Indianola. His business expanded rapidly after the arrival of the railroad in 1877, and his four-acre lumberyard beside the depot served a trade area that extended to northern Mexico and Fort Davis in Jeff Davis County. Real estate investments had become increasingly important to Steves by 1882, when he retired from active participation in the lumber business. By that time his fine home, along 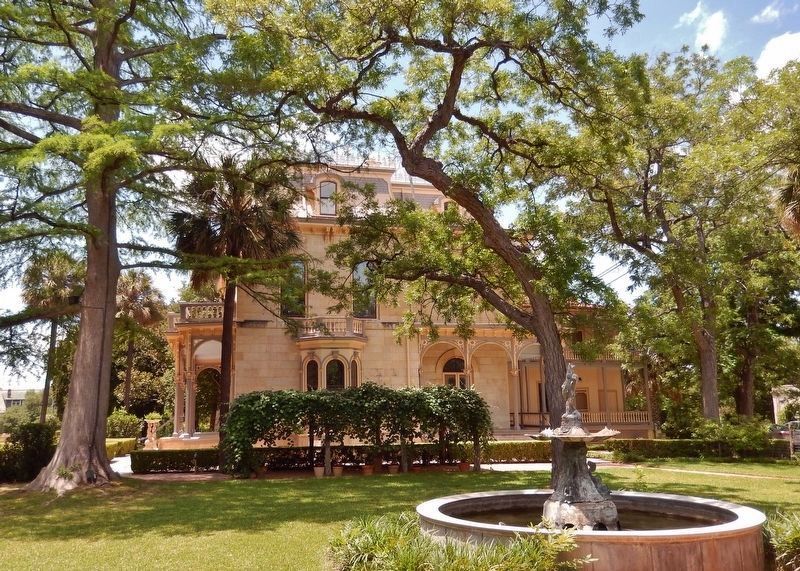 Photographed By Cosmos Mariner, May 22, 2018
3. Edward Steves Homestead (northeast corner & fountain view)
with others on King William Street, had come to symbolize the success of German immigrants in frontier Texas. (Submitted on July 18, 2018, by Cosmos Mariner of Cape Canaveral, Florida.) 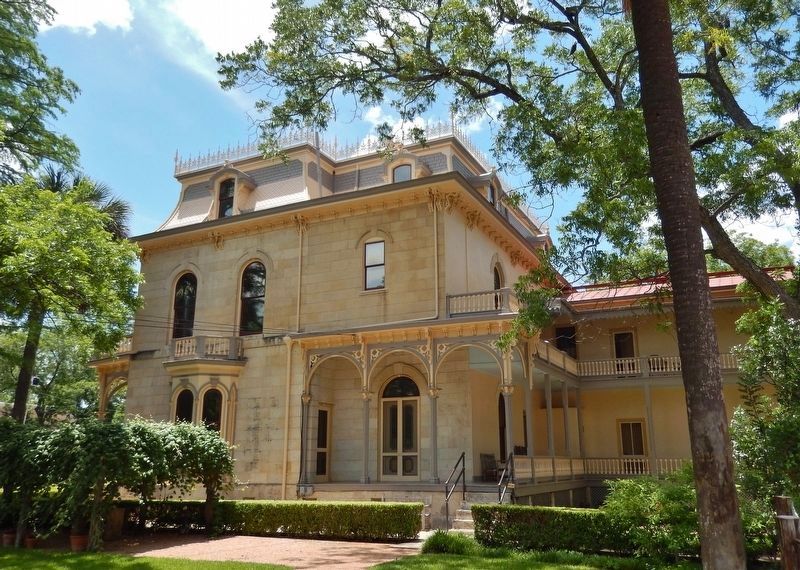 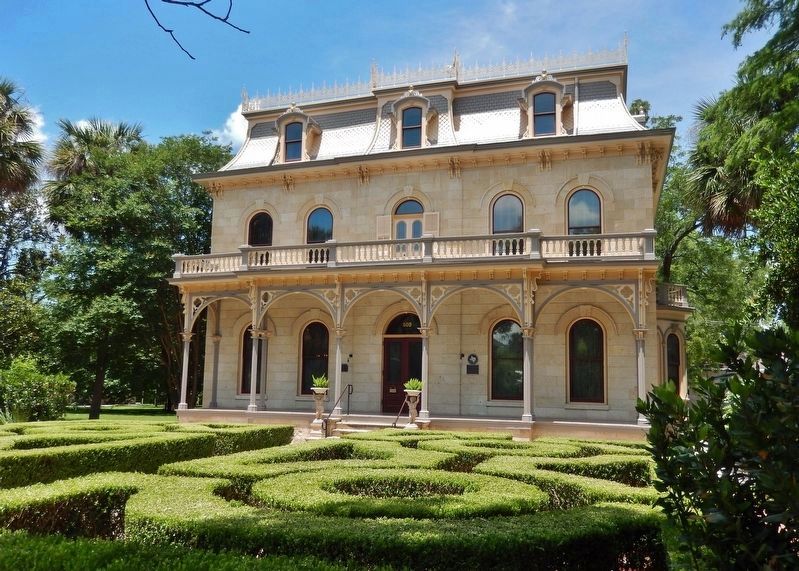 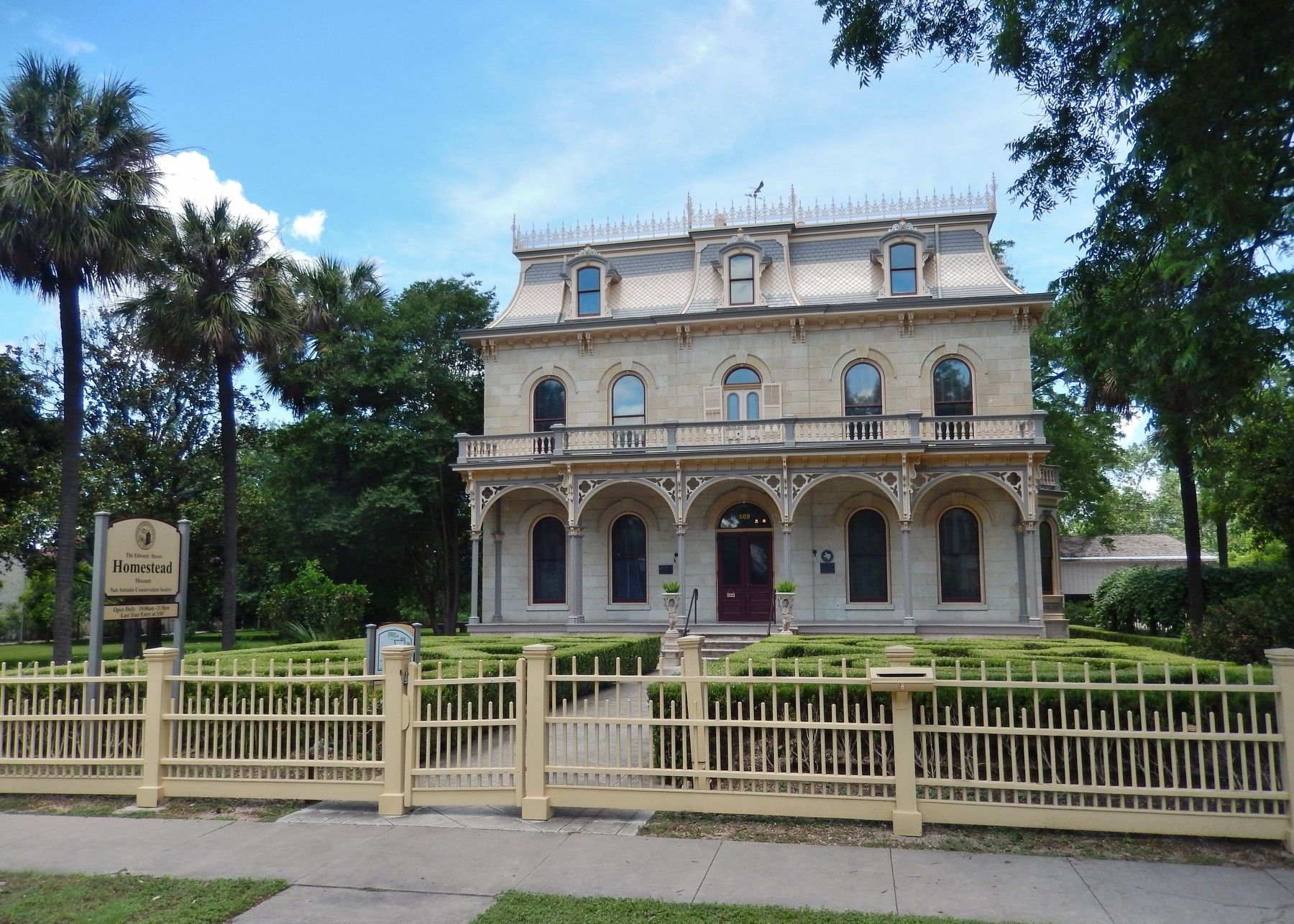