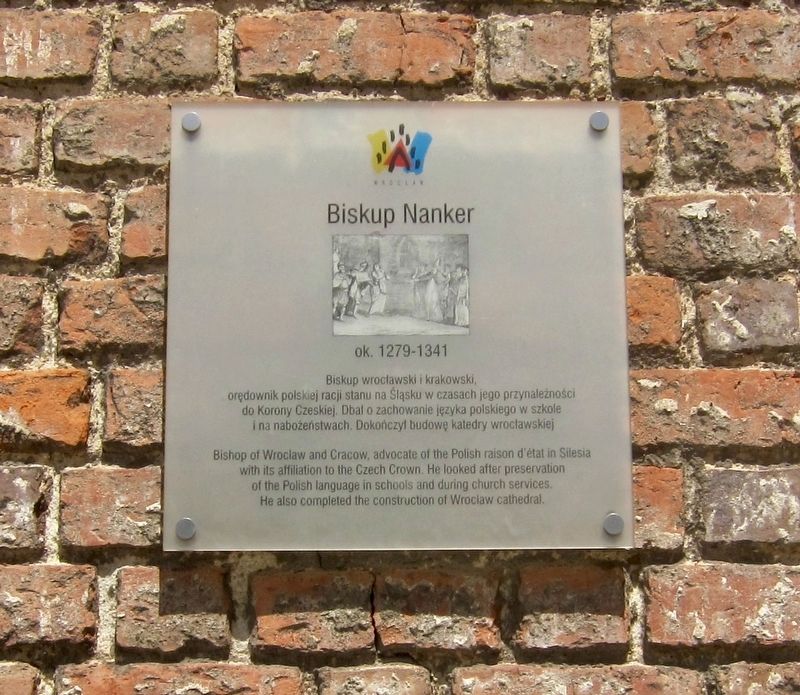 By Andrew Ruppenstein, May 24, 2018
1. Biskup / Bishop Nanker Marker
Inscription.
Bishop of Wroclaw and Cracow, advocate of the Polish raison d'etat in Silesia with its affiliation to the Czech Crown. He looked after preservation of the Polish language in schools and during church services. He also completed the construction of Wroclaw cathedral. . This historical marker is in Wrocław in Wrocław Powiat Dolnośląskie Poland