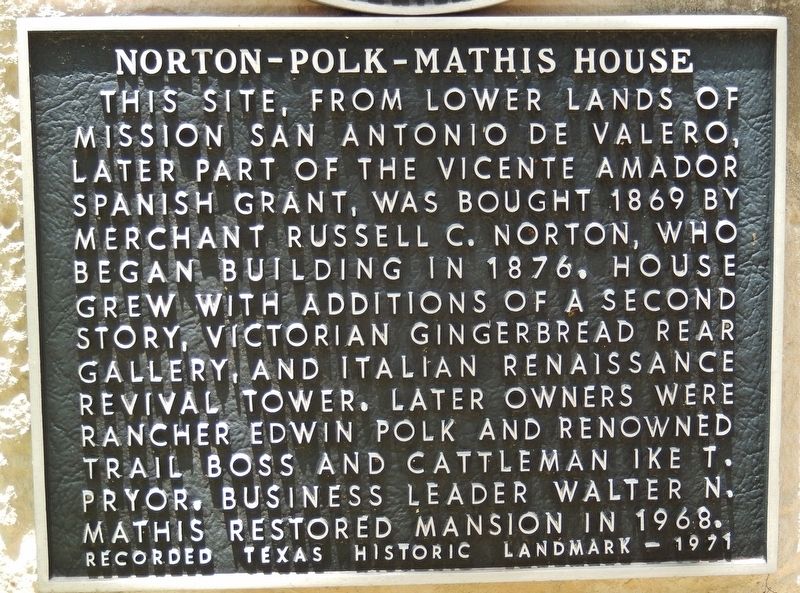 Topics. This historical marker is listed in this topic list: Notable Buildings. A significant historical year for this entry is 1876. 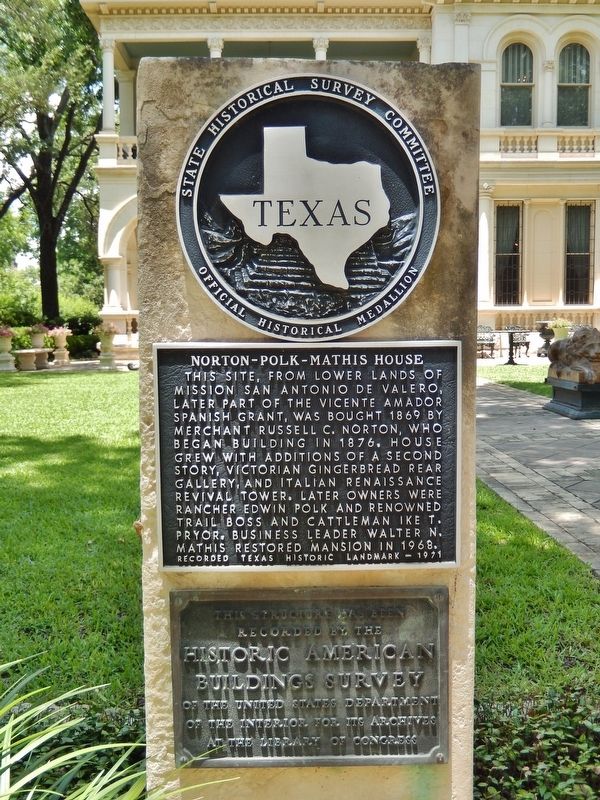 Related markers. Click here for a list of markers that are related to this marker. King William Historic District 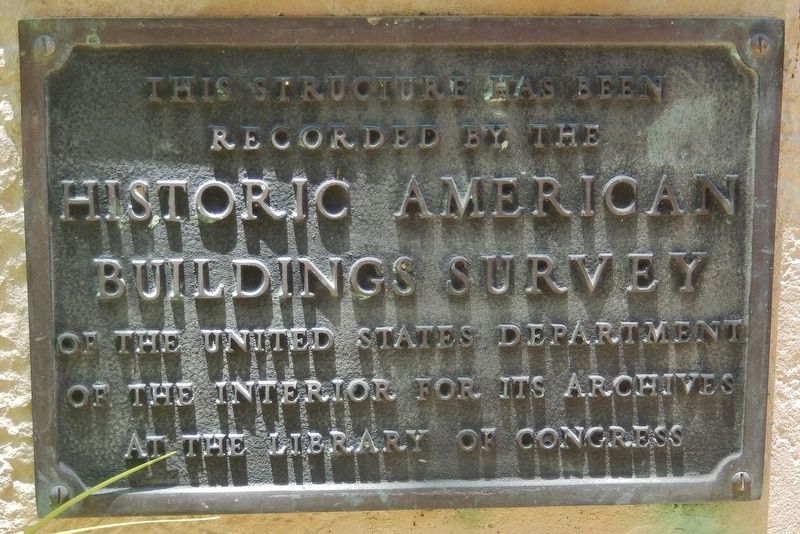 Photographed By Cosmos Mariner, May 22, 2018
3. Historic American Buildings Survey plaque (mounted just below historical marker)
the celebrated trail boss and cattleman, Ike T. Prior, added the front porches, a brick wing and the Beaux Arts third story tower. The bold opulence of design suggests something of the prosperity which accompanied the arrival of the railroad in San Antonio. This Italianate Victorian house has five types of columns, an intricate frieze, and is crowned by a square of wrought iron cresting over metal shingles. (Submitted on June 17, 2018, by Cosmos Mariner of Cape Canaveral, Florida.) 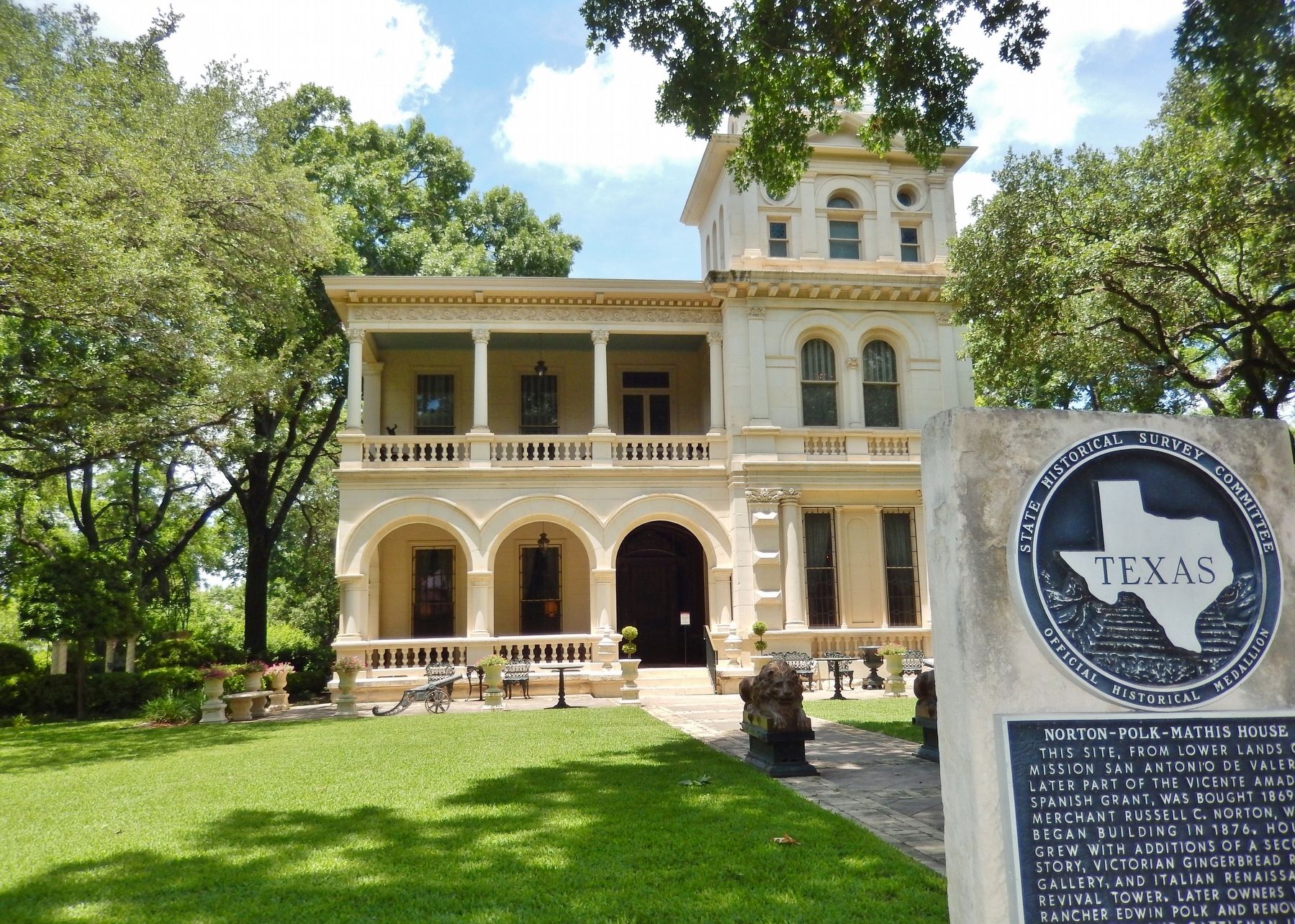 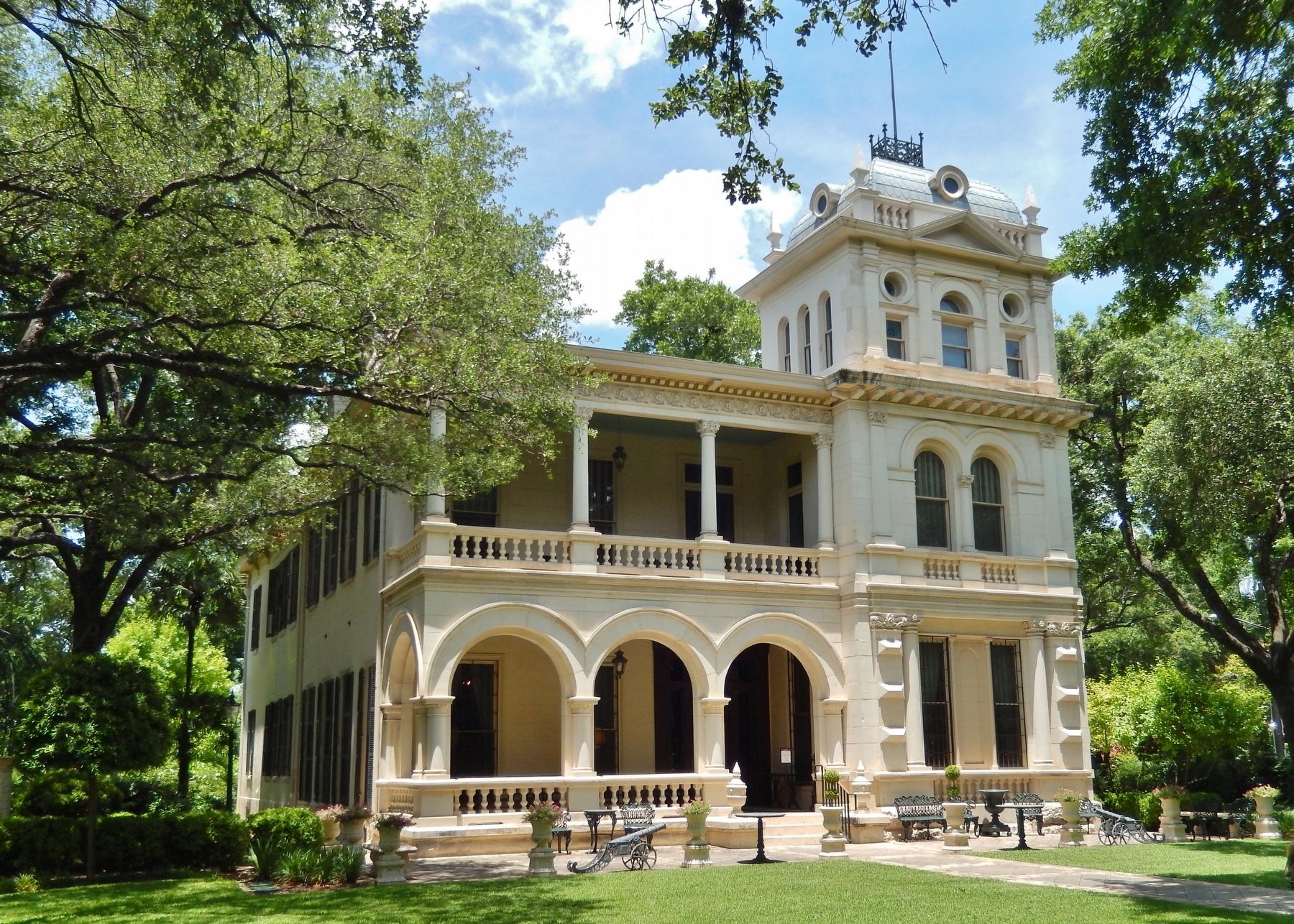 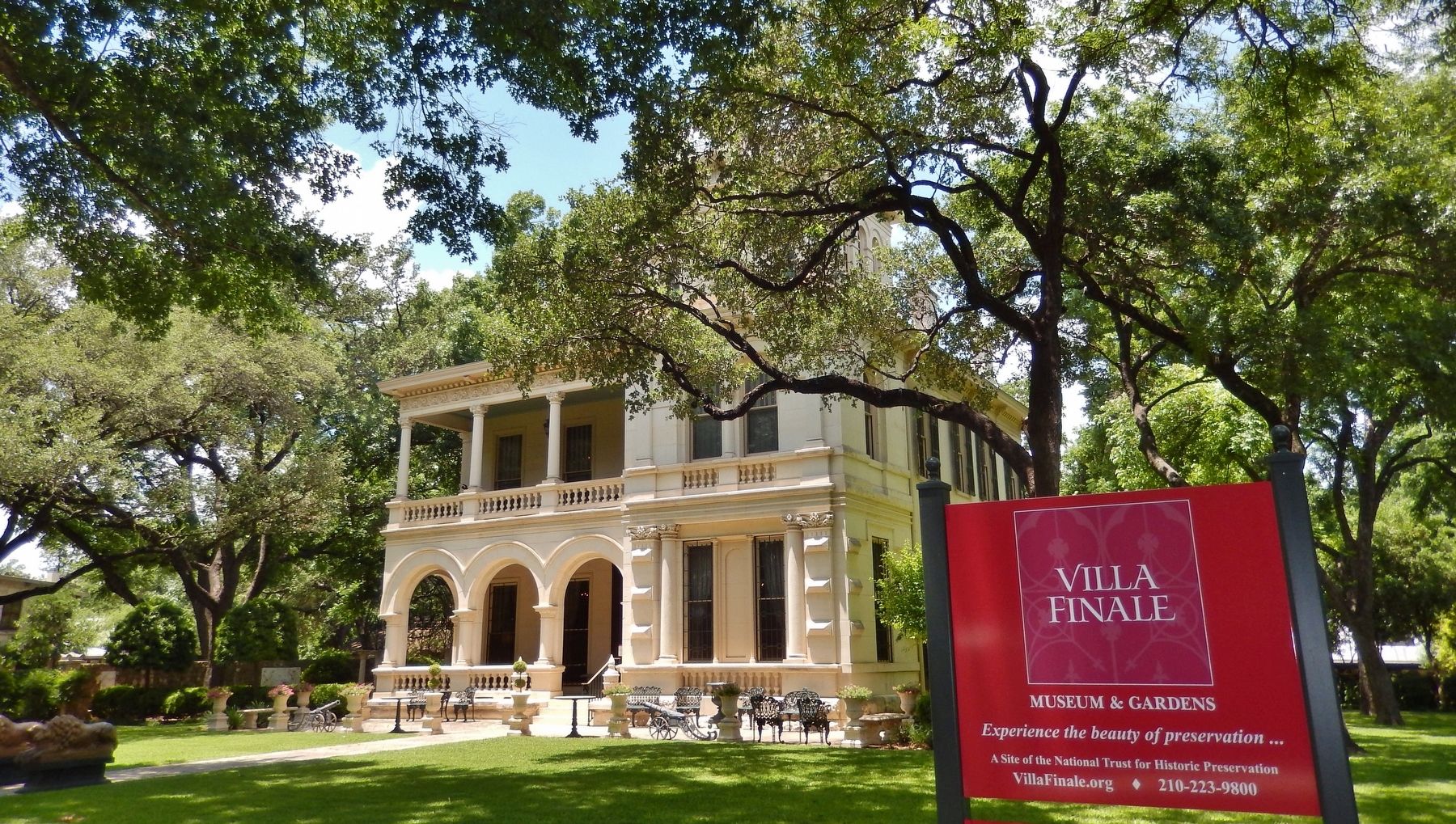