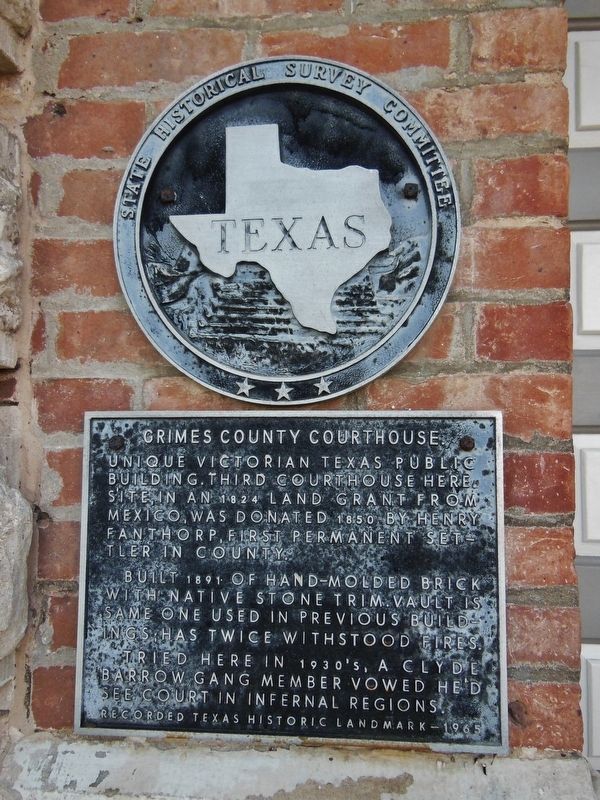 Built 1891 of hand-molded brick with native stone trim. Vault is same one used in previous buildings; has twice withstood fires. 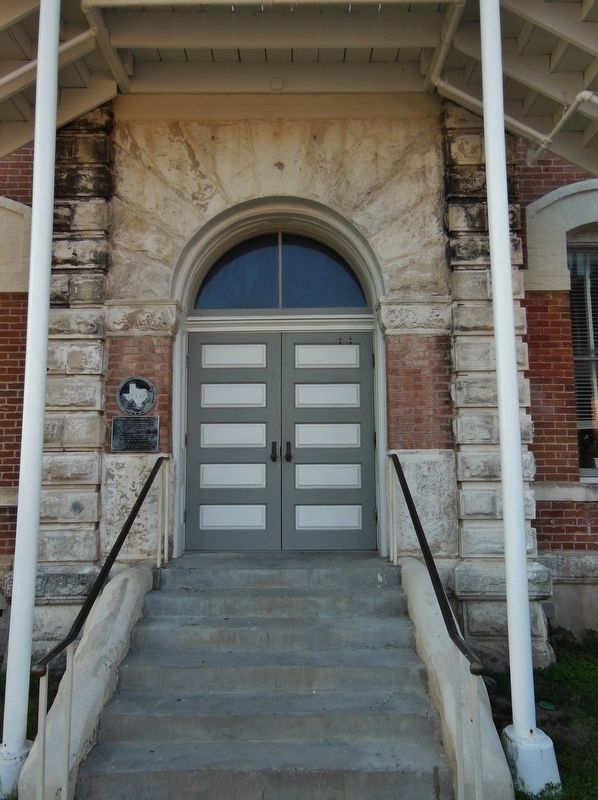 More about this marker. Metal marker is somewhat weathered

Also see . . .
1. Grimes County Courthouse – Anderson. The Italianate courthouse designed by F.S. Glover and Company and completed in 1894 features both brick and native stone. It incorporates the east wall and foundations of an earlier courthouse that was destroyed by fire. Restoration completed in 2002. (Submitted on December 25, 2017, by Cosmos Mariner of Cape Canaveral, Florida.)

2. Sarah Randolph Bradley Dodson (1812–1848). Lacking silk or bunting, Sarah made the flag out of three colored squares of cotton cloth. The square nearest the flagstaff was blue with a white star centered upon it. The middle square was white, and the outermost square was red. The flag was carried by the Harrisburg company to Gonzales, where an army of Texas colonists was assembling. Between October and December [1835] it went with the company through the battle of Concepción and 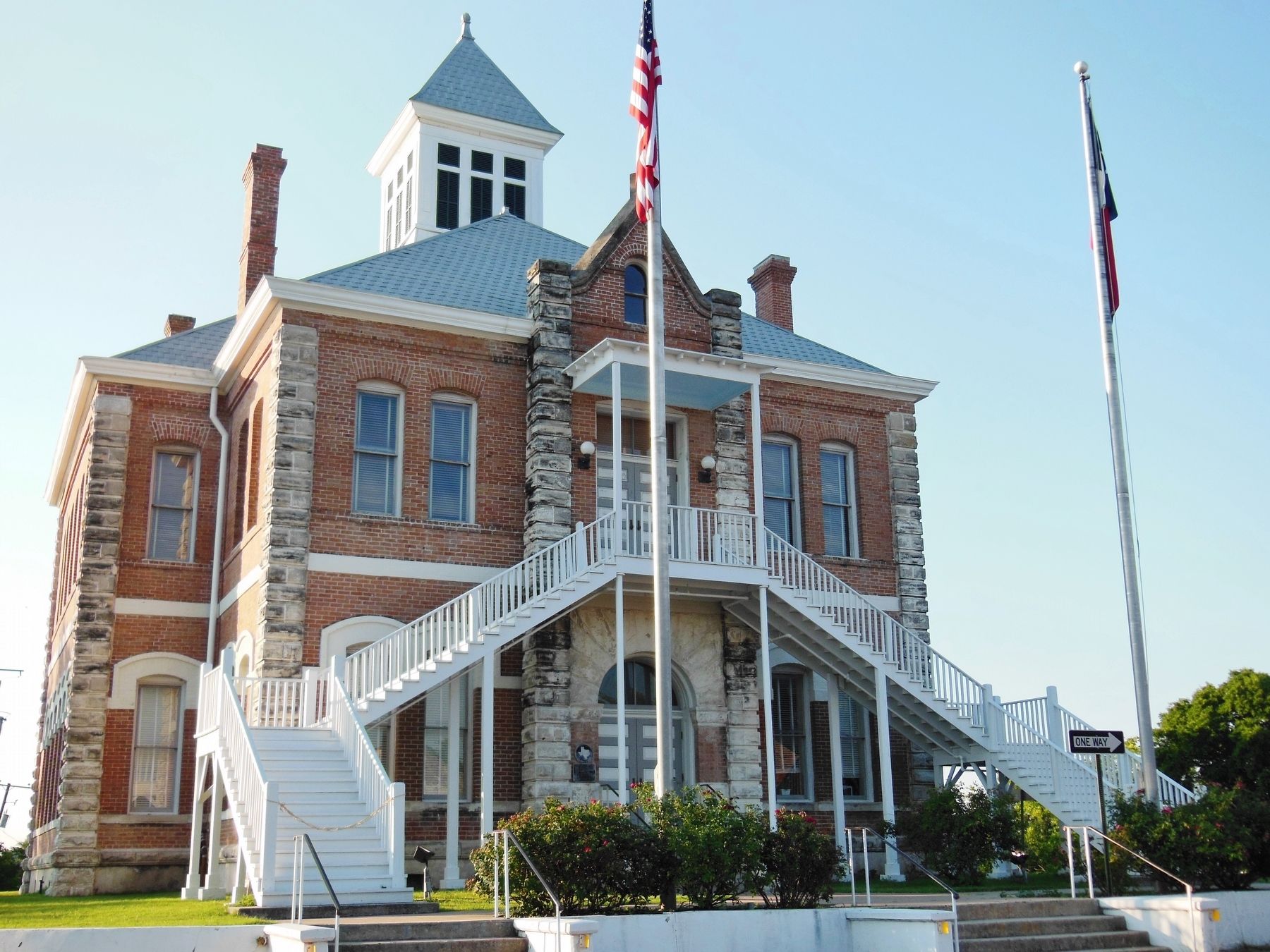 By Cosmos Mariner, June 4, 2013
3. Grimes County Courthouse (marker visible on wall, left of entrance)
the siege of Bexar, though it is unclear whether the flag was actually carried in battle. The flag was reportedly taken back to Harrisburg when the company returned home, and it is said to have flown over the building where the Convention of 1836 met and declared independence from Mexico. (Submitted on December 26, 2017, by Cosmos Mariner of Cape Canaveral, Florida.) 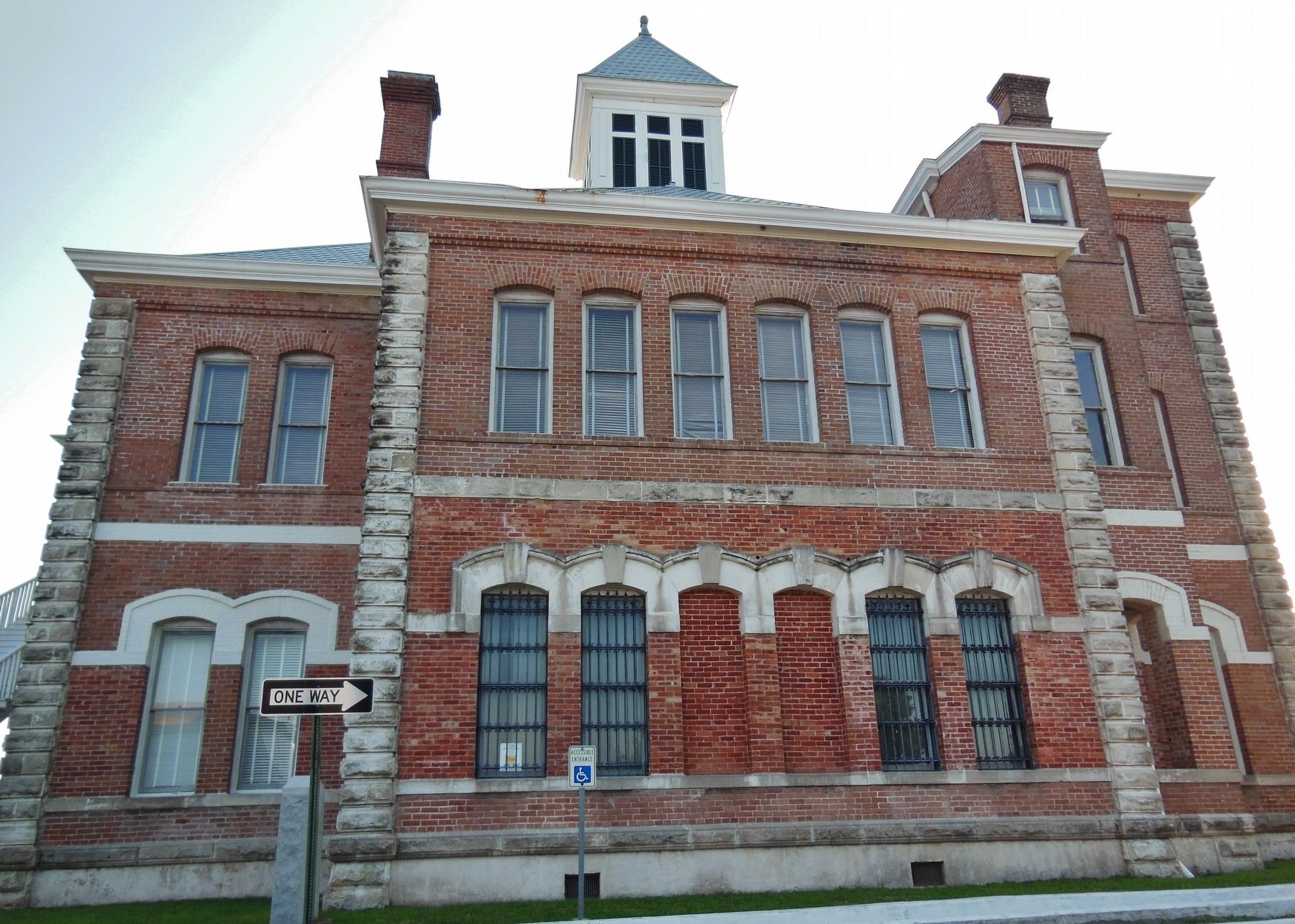 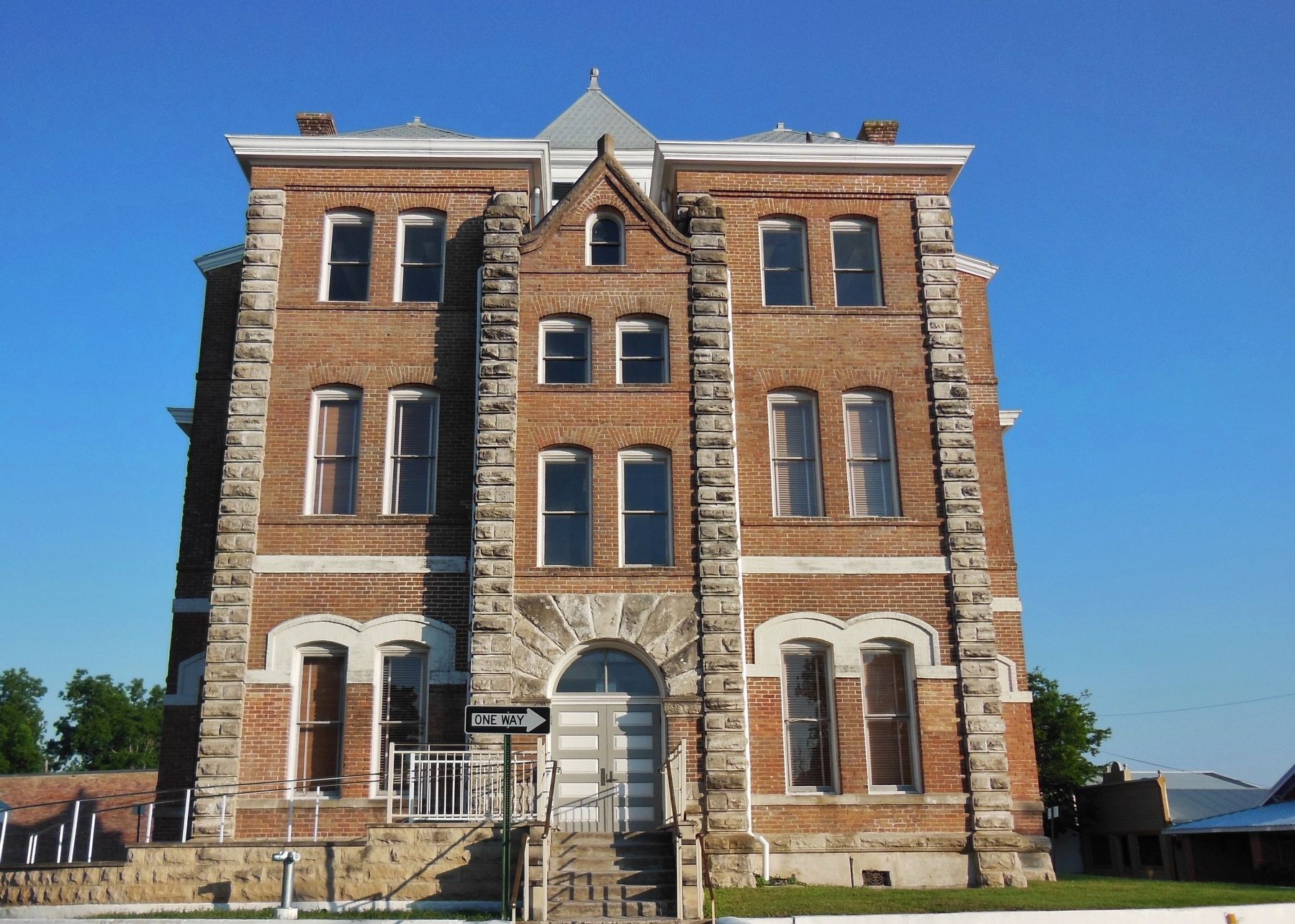 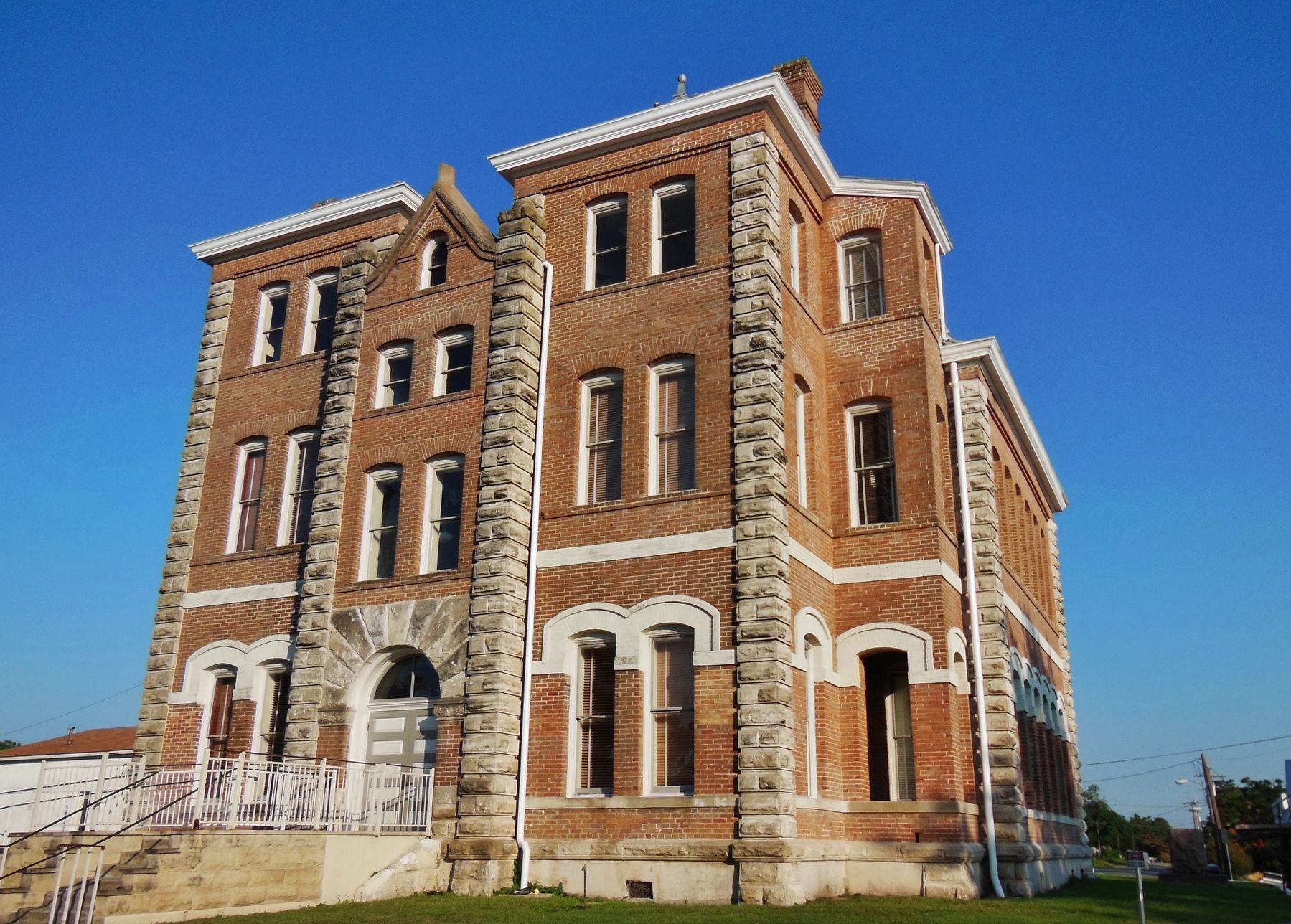 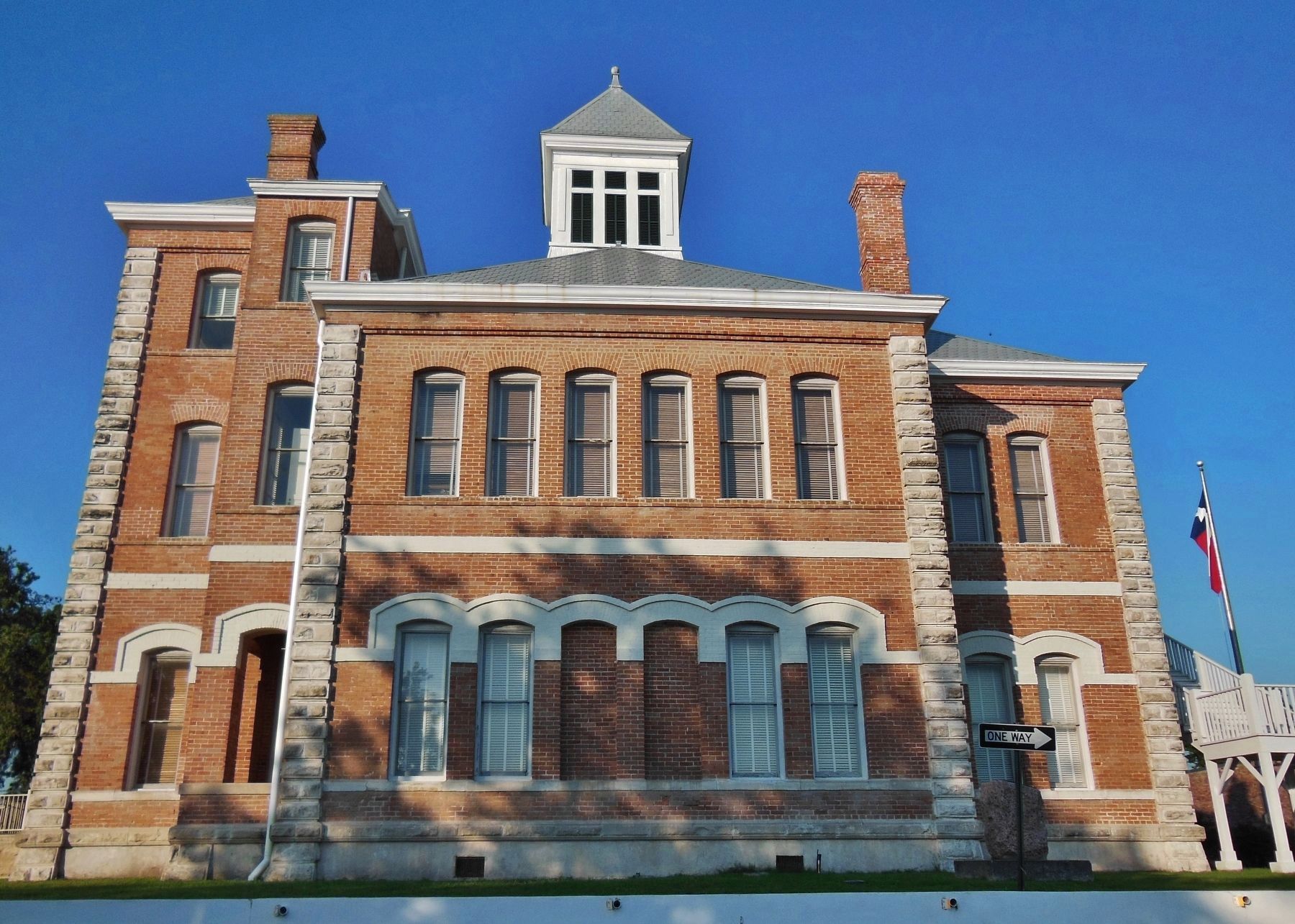 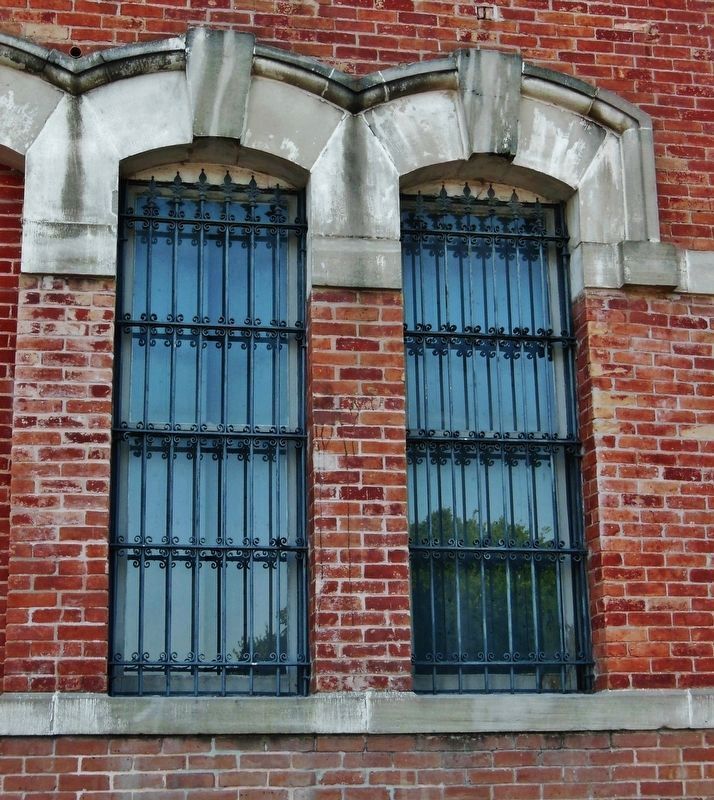 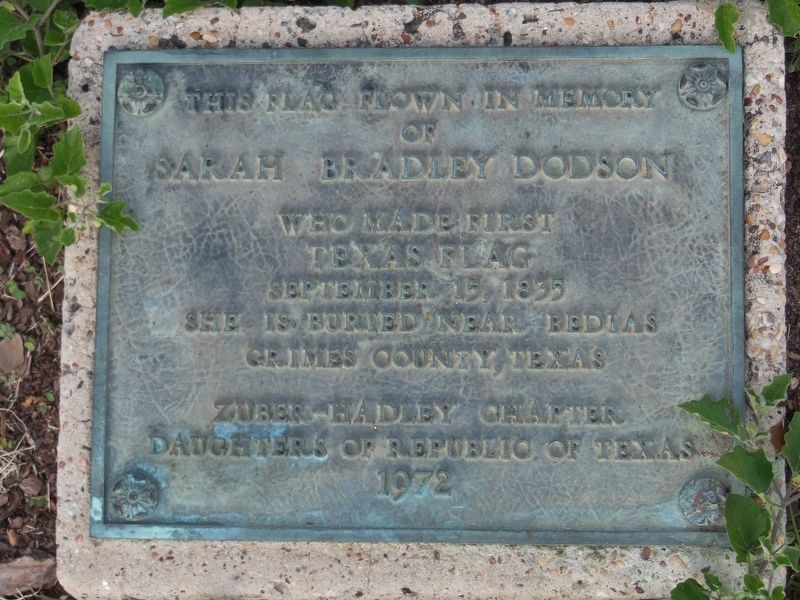 By Cosmos Mariner, June 4, 2013
9. Sarah Bradley Dodson Memorial Plaque (at base of courthouse flag pole)
This flag flown in memory
of
Sarah Bradley Dodson
who made the first
Texas Flag
September 15, 1835
She is buried near Bedias
Grimes County, Texas