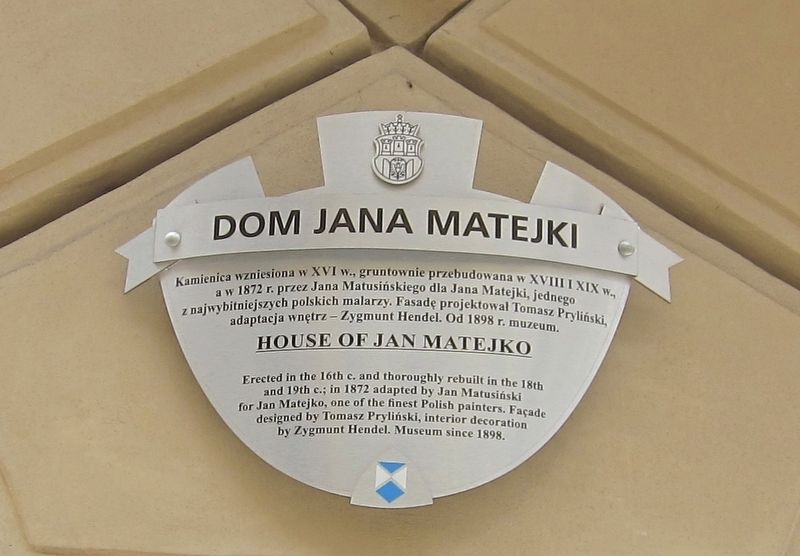 By Andrew Ruppenstein, May 22, 2018
1. Dom Jana Matejki / House of Jan Matejko Marker
Inscription.
Erected in the 16th c. and thoroughly rebuilt in the 18th and 19th c.; in 1872 adapted by Jan Matusińiski for Jan Matejko, one of the finest Polish painters. Façade designed by Tomasz Pryliński, interior decoration by Zygmunt Hendel. Museum since 1898. . This historical marker is in Kraków in Kraków Powiat Małopolska Poland