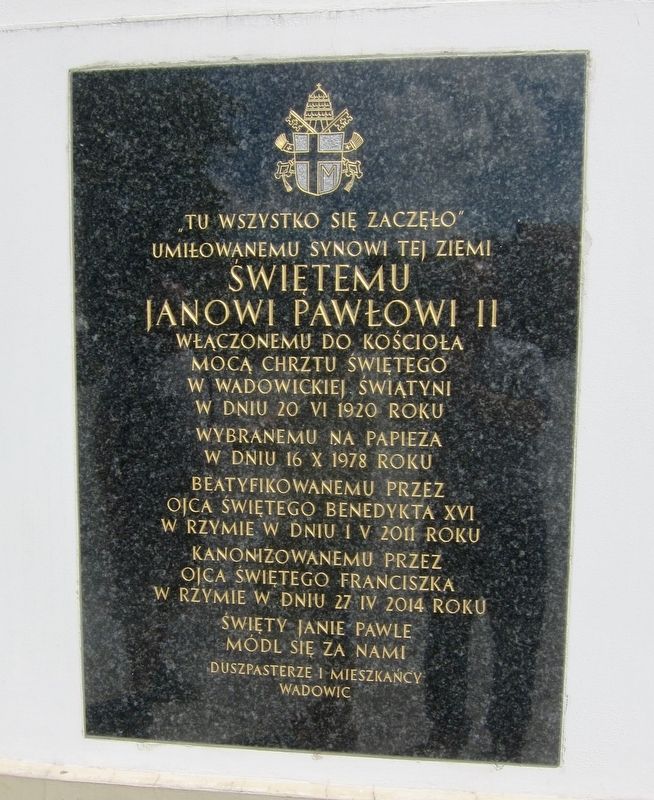 Beatified by our Father, Saint Benedict XVI in Rome on May 1, 2011

Canonized by His Holiness, Father Francis in Rome on June 27, 2014

St. John Paul, pray for us

The Pastors and Residents of Wadowice . . This historical marker was erected by Duszpasterze i Mieszkańcy Wadowic. It is in Wadowice in Wadowice Powiat Małopolska Poland