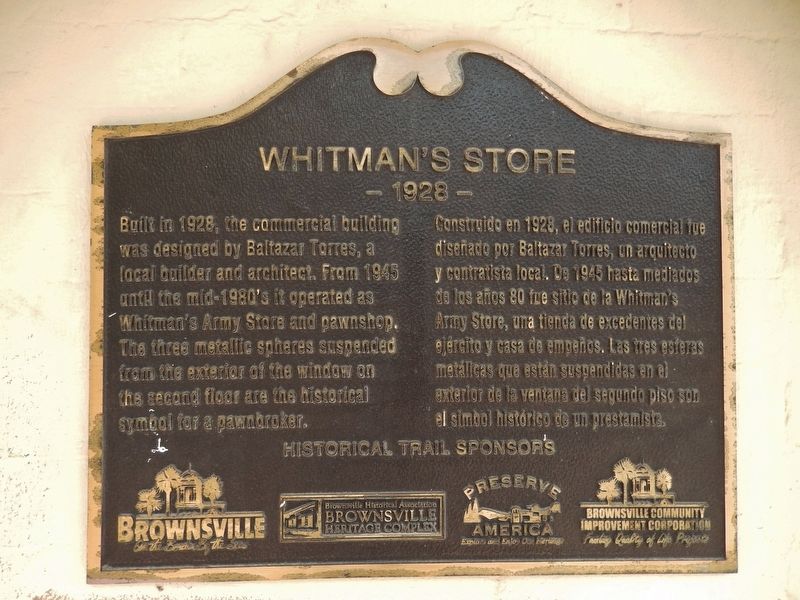 By Cosmos Mariner, May 18, 2018
1. Whitman's Store Marker
Inscription.
Built in 1928, the commercial building was designed by Baltazar Torres, a local builder and architect. From 1945 until the mid-1980’s it operated as Whitman’s Army Store and pawnshop. The three metallic spheres suspended from the exterior of the window on the second floor are the historical symbol for a pawnbroker. , Spanish: , . This historical marker was erected by Brownsville Historical Association. It is in Brownsville in Cameron County Texas