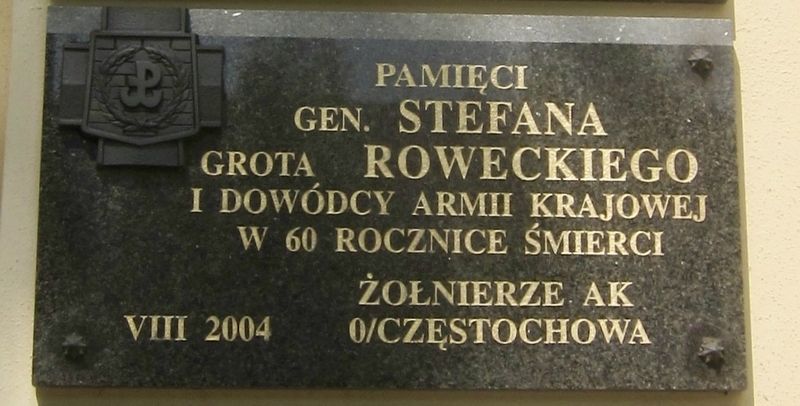 In memory of General Stefan "Spearhead" Rowecki, Commander of the Home Army, on the 60th anniversary of his death. . This memorial was erected in 1994 by Żołnierze AK 0/Częstochowa. It is in Częstochowa in Częstochowa Powiat Śląskie Poland

In memory of General Stefan "Spearhead" Rowecki, Commander of the Home Army, on the 60th anniversary of his death.

Other nearby markers. At least 3 other markers are within walking distance of this marker. Akcja „Burza” i Powstania Warsawskiego Pomnik / Operation Tempest and Warsaw Uprising Memorial (here, next to this marker); Pope John Paul II 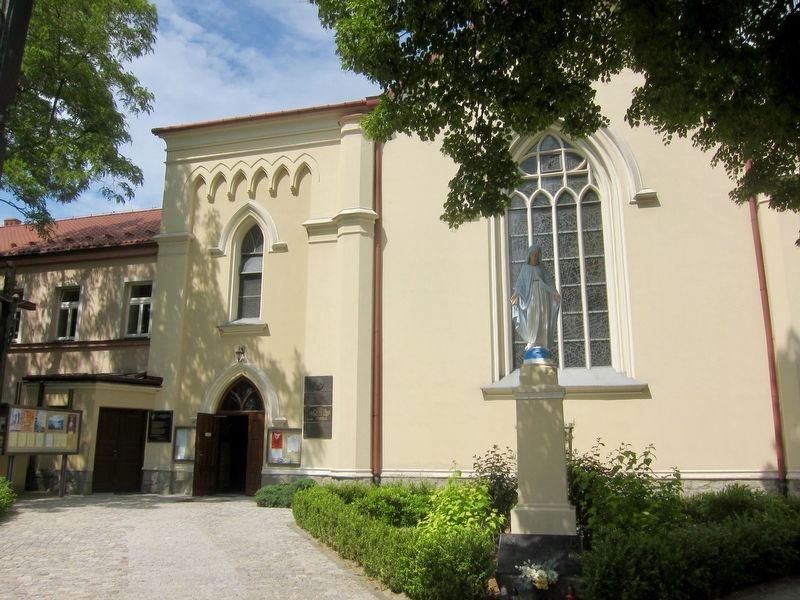 By Andrew Ruppenstein, May 23, 2018
2. General Stefan Rowecki Memorial Marker - Wide View
The memorial is the middle of the three plaques visible to the right of the church entrance.
(within shouting distance of this marker); Pomnik Nieznanemu Żołnierzowi / Unknown Soldier Monument (approx. half a kilometer away).

More about this memorial. In order to see the memorial, one must enter into the courtyard of the church, from where it easily visible, mounted to the right of the entrance.