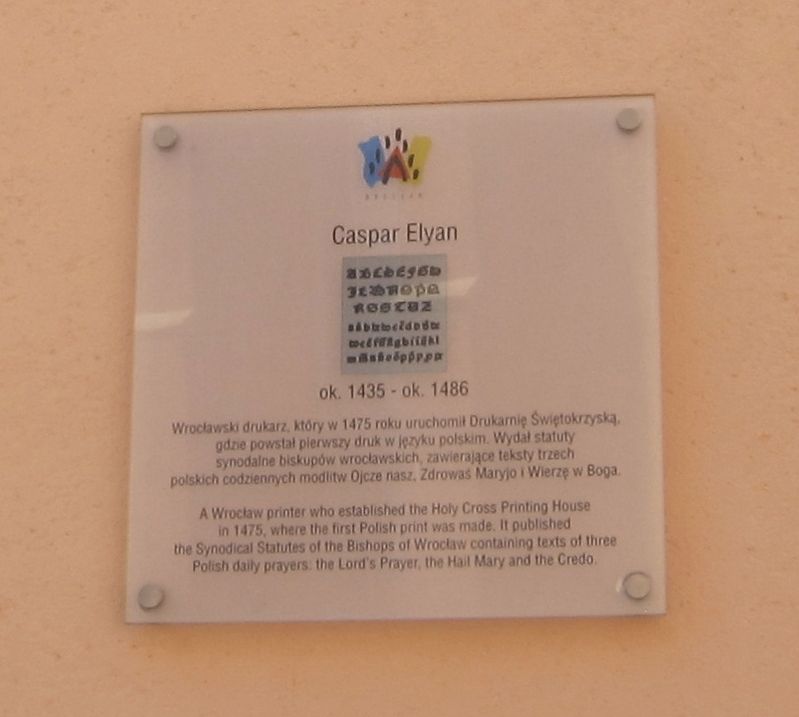 Photographed By Andrew Ruppenstein, May 24, 2018
1. Caspar Elyan Marker
Inscription.
A Wroclaw printer who established the Holy Cross Printing House in 1475, where the first Polish print was made. It published the Synodical Statutes of the Bishops of Wroclaw containing texts of three Polish daily prayers: the Lord's Prayer, the Hail Mary and the Credo. . This historical marker is in Wrocław in Wrocław Powiat Lower Silesia Poland