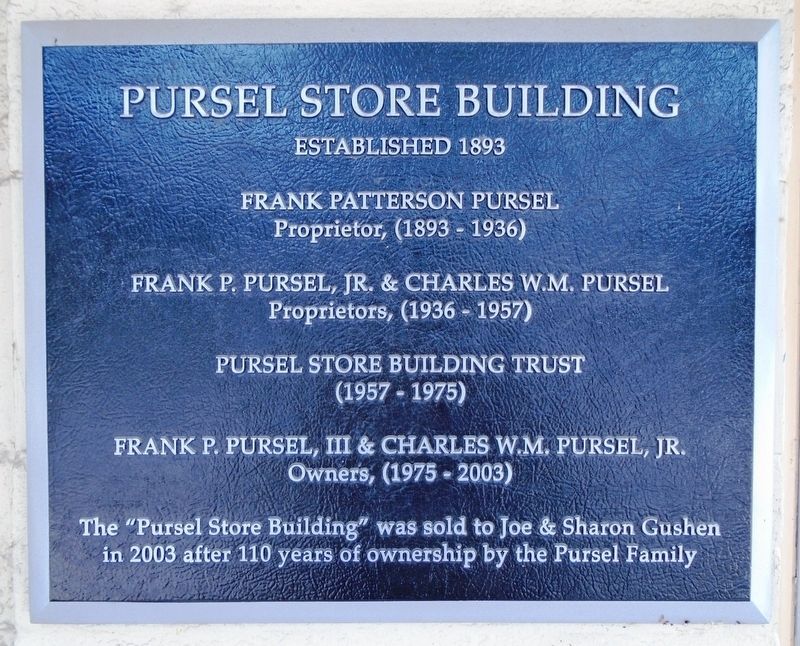 The "Pursel Store Building" was sold to Joe and Sharon Gushen in 2003 after 110 years of ownership by the Pursel Family. . This historical marker is in Bloomsburg in Columbia County Pennsylvania

Topics. This historical marker is listed in this topic list: Notable Buildings. A significant historical year for this entry is 2003.

Location. 41° 0.166′ N, 76° 27.469′ W. Marker is in Bloomsburg, Pennsylvania, in Columbia County. Marker is at the intersection of Main Street (U.S. 11) and Market Street, on the left when traveling east on Main Street. Marker and building are on the NE corner of Market Square. Touch for map. Marker is at or near this postal address: 53 West Main Street, Bloomsburg PA 17815, United States of America. Touch for directions. 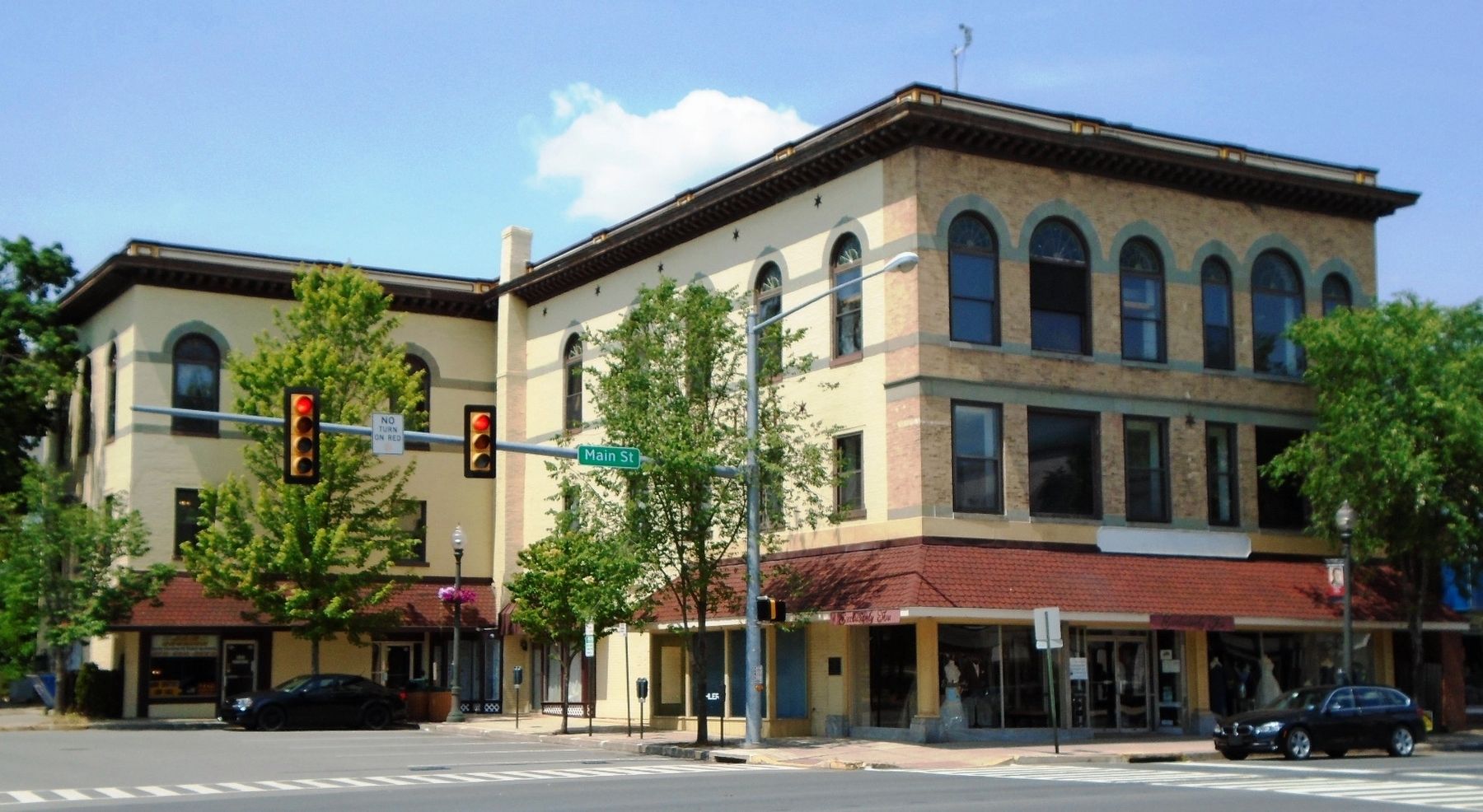