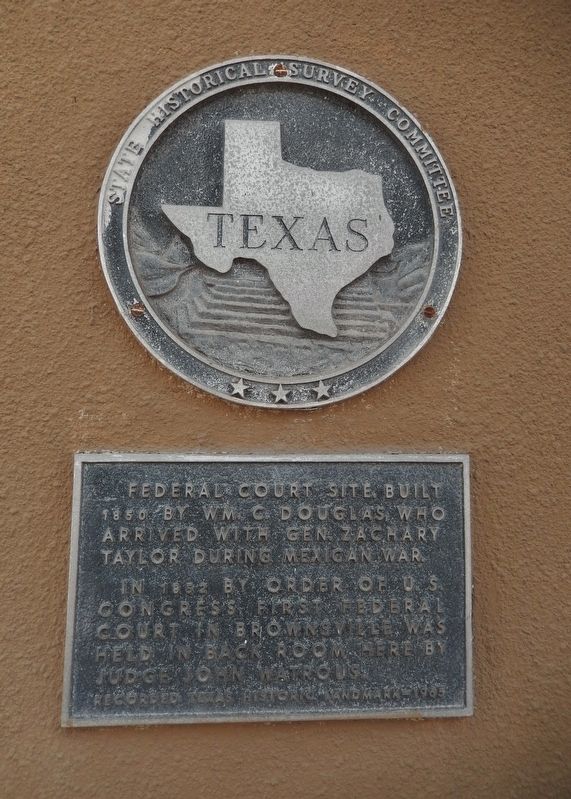 By Cosmos Mariner, May 18, 2018
1. Federal Court Site Marker
Inscription.
Federal Court Site. . , Built 1850 by Wm. C. Douglas, who arrived with Gen. Zachary Taylor during Mexican War. , In 1852 by order of U. S. Congress, first Federal Court in Brownsville was held in back room here by Judge John Watrous. ,
Recorded Texas Historical Landmark – 1965. . This historical marker was erected by Texas Historical Survey Committee. It is in Brownsville in Cameron County Texas

In 1852 by order of U. S. Congress, first Federal Court in Brownsville was held in back room here by Judge John Watrous.

Topics and series. This historical marker is listed in these topic lists: Government & Politics • Notable Buildings. In addition, it is included in the Former U.S. Presidents: #12 Zachary Taylor series list. A significant historical year for this entry is 1850. 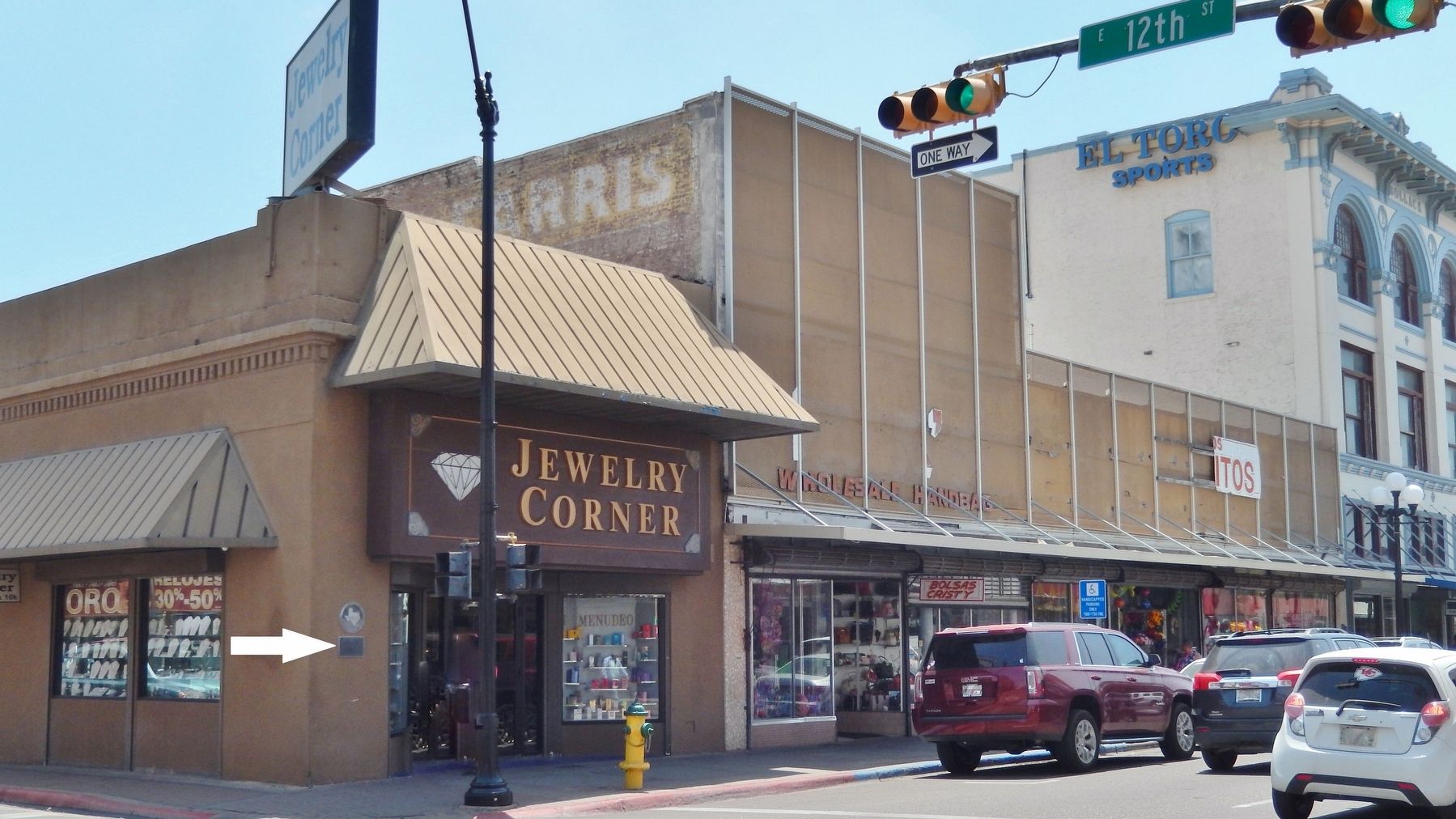 Click or scan to see
this page online
is at or near this postal address: 1201 East Elizabeth Street, Brownsville TX 78520, United States of America. Touch for directions.

Also see . . .
1. History of the Southern District of Texas. On March 4, 1902, President Theodore Roosevelt signed "a bill to divide the State of Texas into four judicial districts," creating the Southern District of Texas. The first federal judge in Texas was John C. Watrous, who was appointed on May 26, 1846, to hold court in Galveston, with jurisdiction over the whole state. Judge Watrous had been Attorney General of the Republic of Texas. On February 21, 1857, the state was divided into two districts, Eastern and Western, with Judge Watrous continuing in the Eastern district. Judge Watrous and Judge Thomas H. DuVal, of the Western District of Texas, left the state on the secession of Texas from the Union, the only two United States Judges not to resign their posts in states that seceded. When Texas was restored to the Union, Watrous and DuVal resumed their duties and served until 1870. (Submitted on June 28, 2018, by Cosmos Mariner of Cape Canaveral, Florida.)