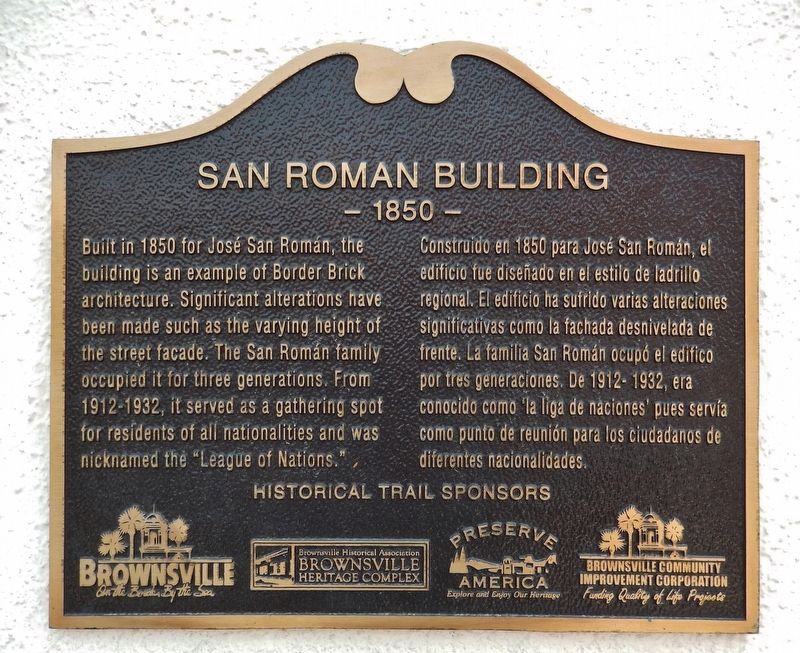 Photographed By Cosmos Mariner, May 18, 2018
1. San Román Building Marker
Inscription.
Built in 1850 for José San Román, the building is an example of Border Brick architecture. Significant alterations have been made such as the varying height of the street facade. The San Román family occupied it for three generations. From 1912-1932, it served as a gathering sport for residents of all nationalities and was nicknamed the “League of Nations.” , Spanish , . This historical marker was erected by Brownsville Historical Association. It is in Brownsville in Cameron County Texas