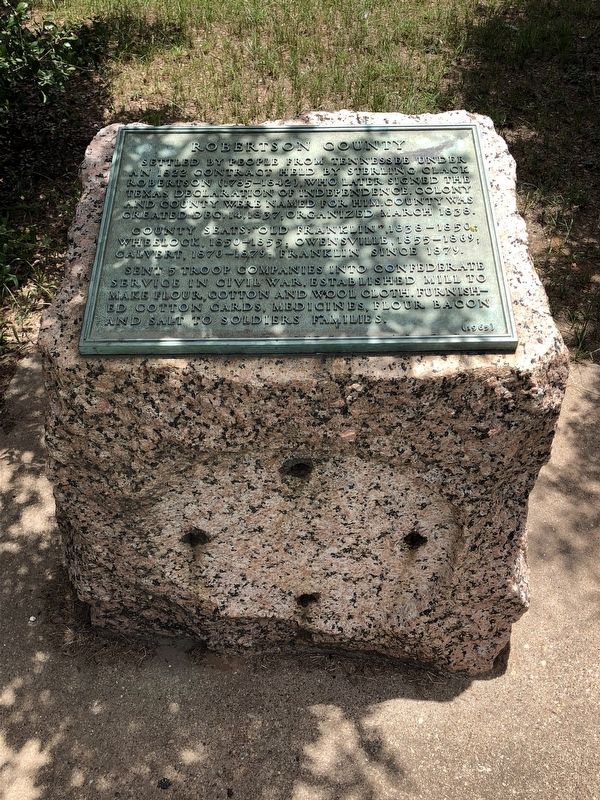 Settled by people from Tennessee under an 1822 contract held by Sterling Clack Robertson (1785-1842), who later signed the Texas Declaration of Independence. Colony and county were named for him. County was created Dec. 14, 1837, organized March 1838. 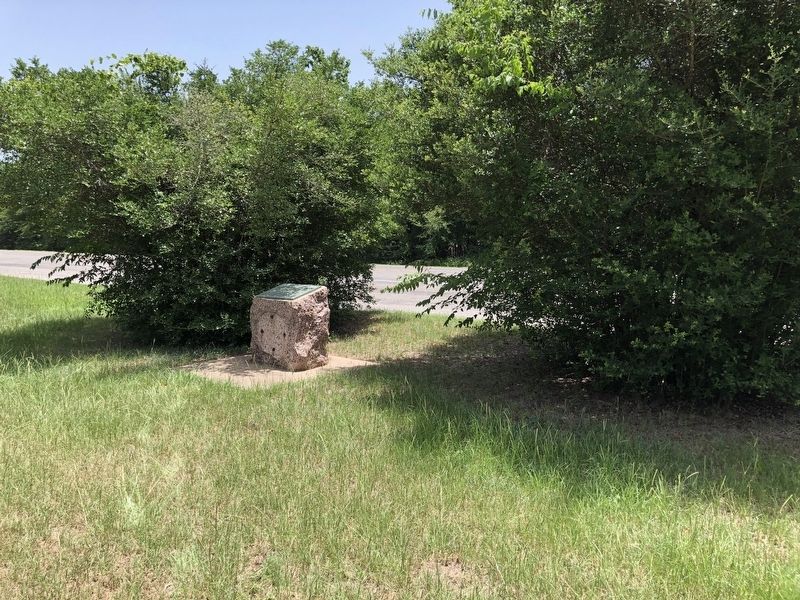 By Brian Anderson, July 1, 2018
2. Robertson County Marker
on the right when traveling west. Marker is located in a roadside park approximately 1 mile east of Franklin. Touch for map. Marker is in this post office area: Franklin TX 77856, United States of America. Touch for directions.

More about this marker. The marker was originally placed in 1936 as part of the Texas Centennial Highway Marker series. It was restored in 1965 with revised text.