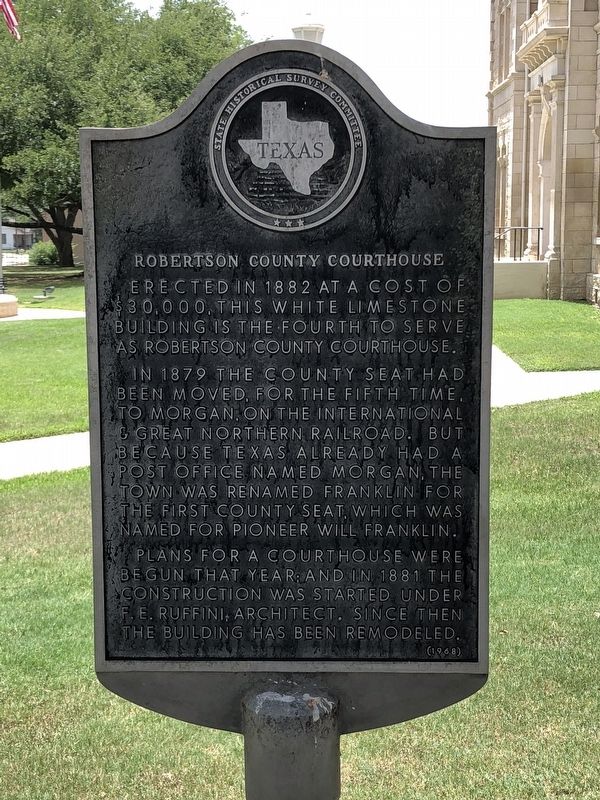 Erected in 1882 at a cost of $30,000, this white limestone building is the fourth to serve as Robertson County Courthouse.

In 1879 the county seat had been moved for the fifth time, to Morgan, on the International & Great Northern Railroad. But because Texas already had a post office named Morgan, the town was renamed Franklin for the first county seat, which was named for pioneer Will Franklin.

Plans for a courthouse were begun that year; and in 1881 the construction was started under F. E. Ruffini, architect. Since then the building has been remodeled. 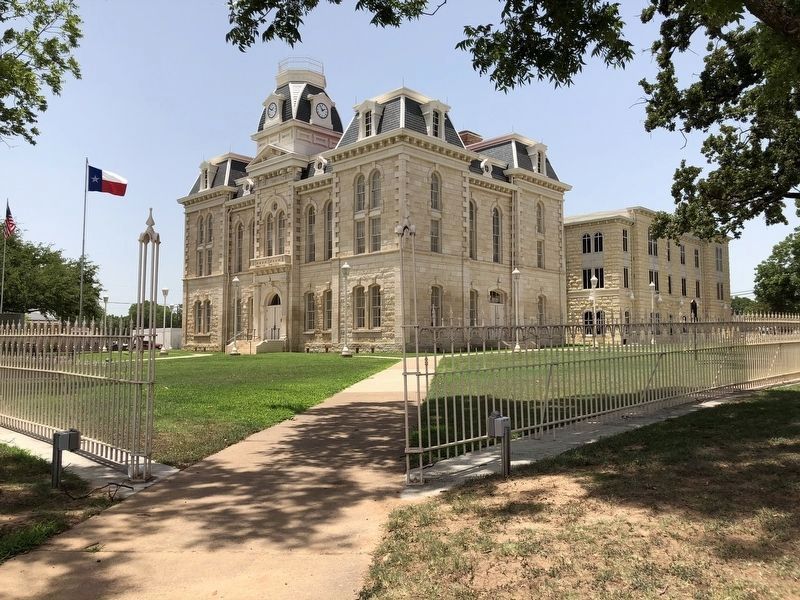 By Brian Anderson, July 1, 2018
2. Robertson County Courthouse
View from Southeast corner of the courthouse grounds with marker visible in the right foreground of the photo, just beyond the fence. 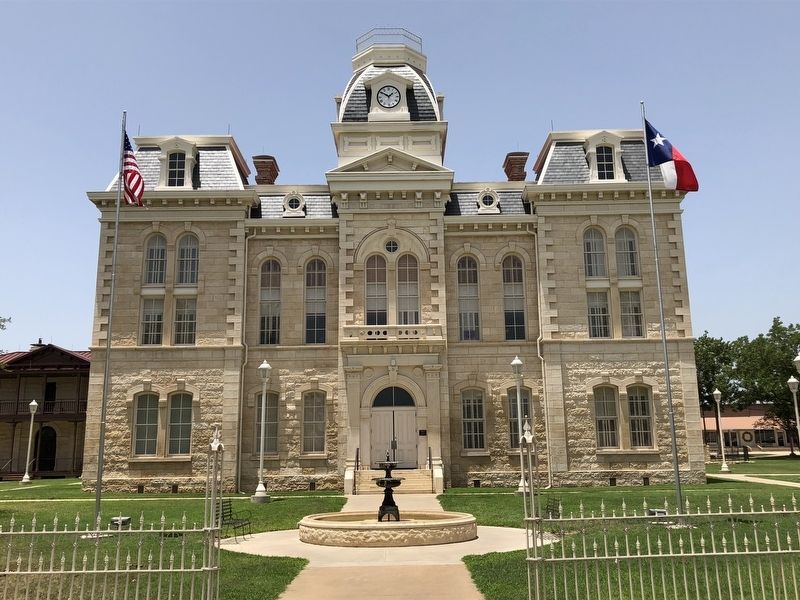