This bell once used to notify the people court was in session, hung in Henderson County’s third court house from 1843 until 1963 when the building was demolished to make way for a new temple of justice.

Location. 37° 50.342′ N, 87° 35.507′ W. Marker is in Henderson, Kentucky, in Henderson County. Marker is on 1st Street east of North Main Street, on the right when traveling east. Marker and Old Court Bell are located beside the sidewalk, adjacent to the flag pole, directly in front of the north (1st Street) entrance to the Henderson County Courthouse. Touch for map. Marker is at or near this postal address: 20 North Main Street, Henderson KY 42420, United States of America. Touch for directions. 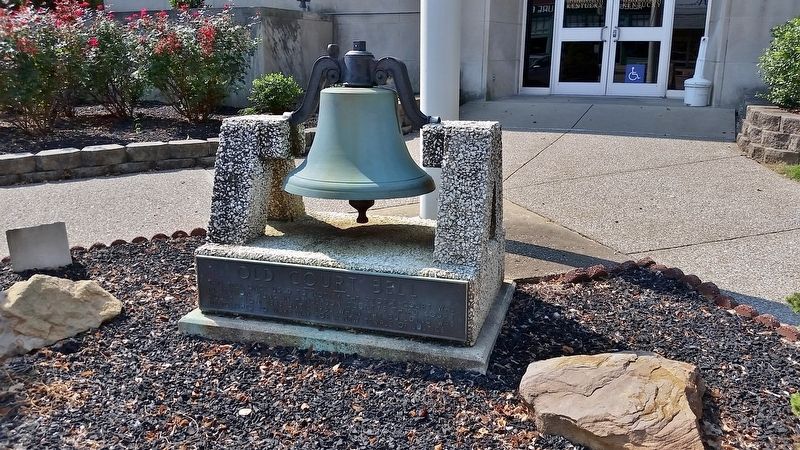 Regarding Old Court Bell. This is the bell that sat atop the former Henderson County Courthouse. 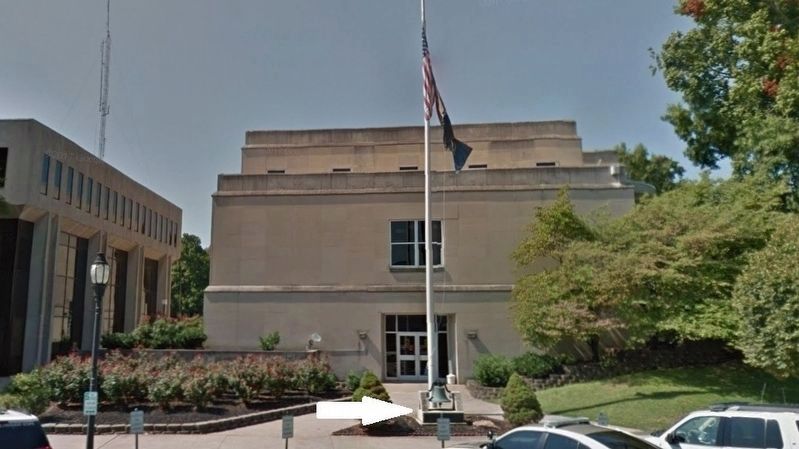 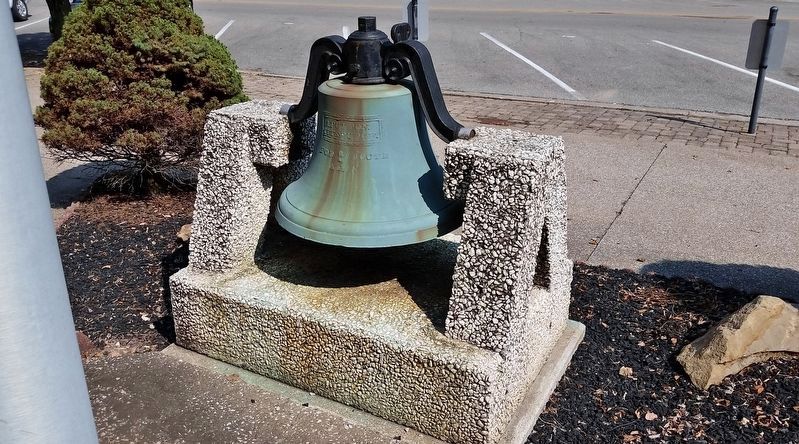 By Cosmos Mariner, September 17, 2017
4. Old Court Bell (view from side opposite the marker) 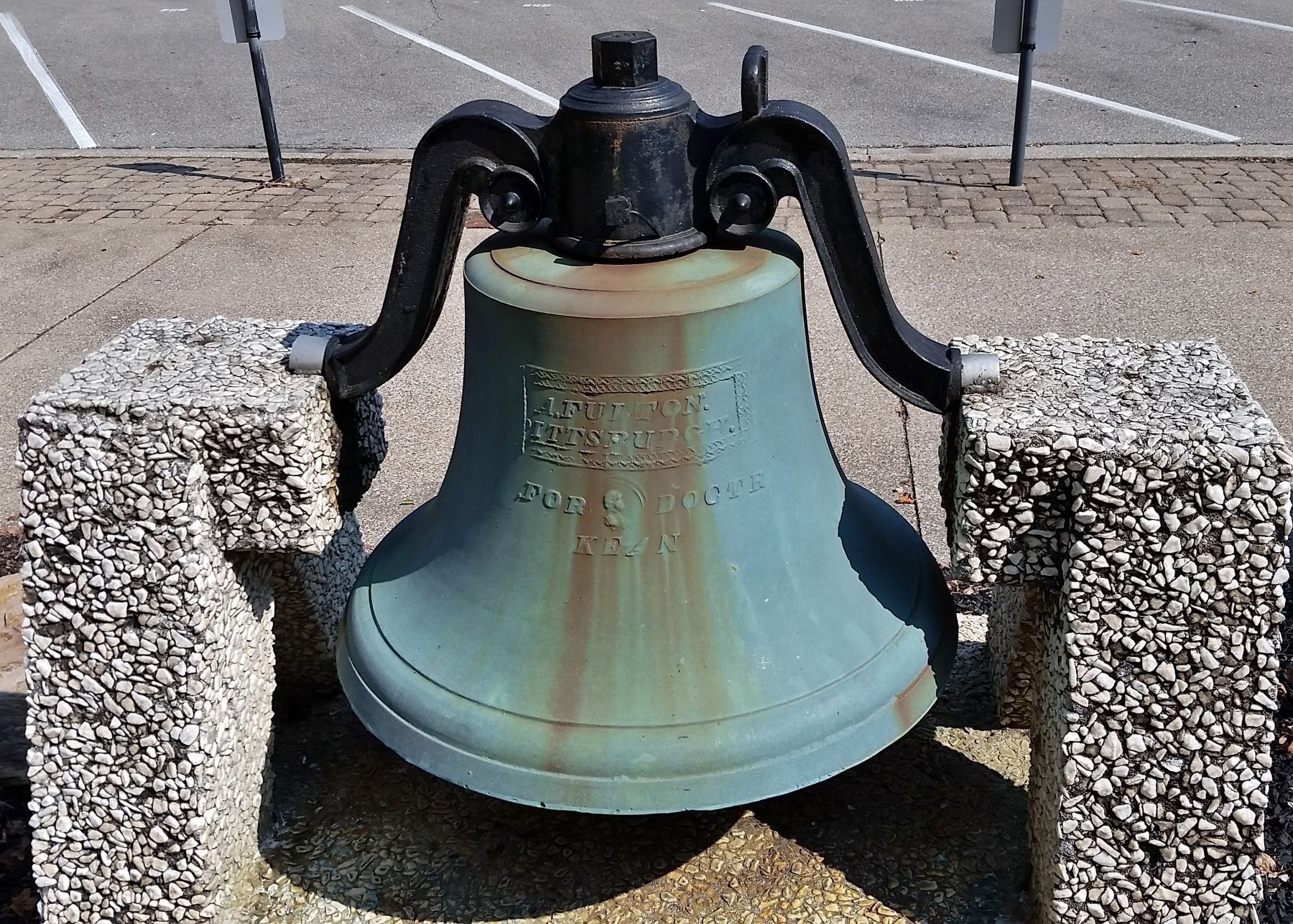