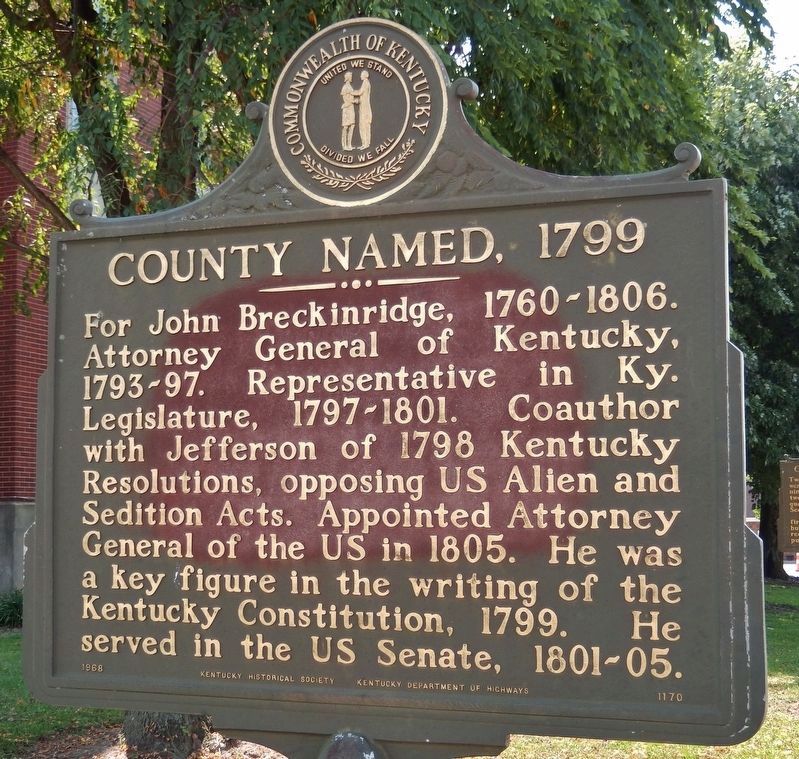 Photographed By Cosmos Mariner, September 17, 2017
1. County Named, 1799 Marker
Inscription.
County Named, 1799. . For John Breckinridge, 1760-1806. Attorney General of Kentucky, 1793-97. Representative in Kentucky Legislature, 1797-1801. Coauthor with Jefferson of 1798 Kentucky Resolutions, opposing U.S. Alien and Sedition Acts. Appointed Attorney General of the U.S. in 1805. He was a key figure in the writing of the Kentucky Constitution, 1799. He served in the U.S. Senate, 1801-05. . This historical marker was erected in 1968 by Kentucky Historical Society and Kentucky Department of Highways. It is in Hardinsburg in Breckinridge County Kentucky

Topics. This historical marker is listed in this topic list: Government & Politics. A significant historical year for this entry is 1799.

Location. 37° 46.869′ N, 86° 27.682′ W. Marker is in Hardinsburg, Kentucky, in Breckinridge County. Marker is at the intersection of 2nd Street (Business U.S. 60) and South Main Street (Kentucky Route 261), on the right when traveling east on 2nd Street. Marker is located near the northeast corner of the Breckinridge County Courthouse grounds, beside the sidewalk, just inside the fence. Touch for map. Marker is at or near this postal address: 208 South Main Street, Hardinsburg KY 40143, United States of America. Touch for directions.

Other nearby markers. At least 8 other markers are within 11 miles 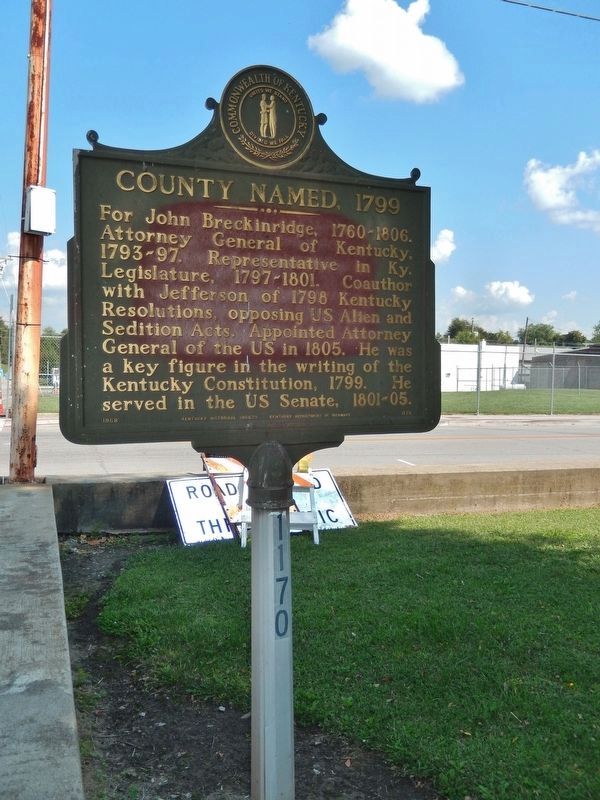 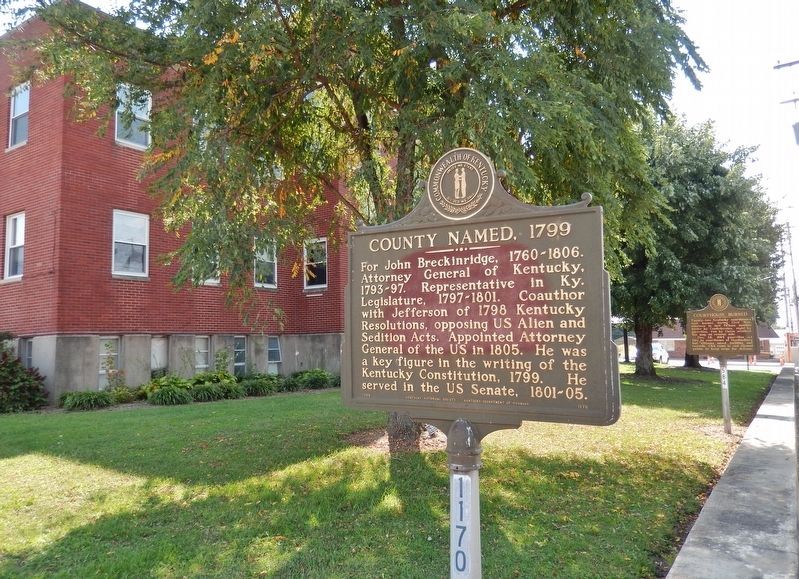 3. John Breckinridge (U.S. Attorney General). John Breckinridge was a lawyer and politician from the U.S. state of Virginia. He served in the state legislatures of Virginia and Kentucky, and in the U.S. Senate. Residents of the western frontier called for his nomination as vice president in 1804, but Jefferson appointed him as U.S. Attorney General in 1805 instead. He was the first cabinet-level official from the West but had little impact before his death from tuberculosis on December 14, 1806. He is the progenitor of Kentucky's Breckinridge political family and the namesake of Breckinridge County, Kentucky. (Submitted on July 6, 2018, by Cosmos Mariner of Cape Canaveral, Florida.) 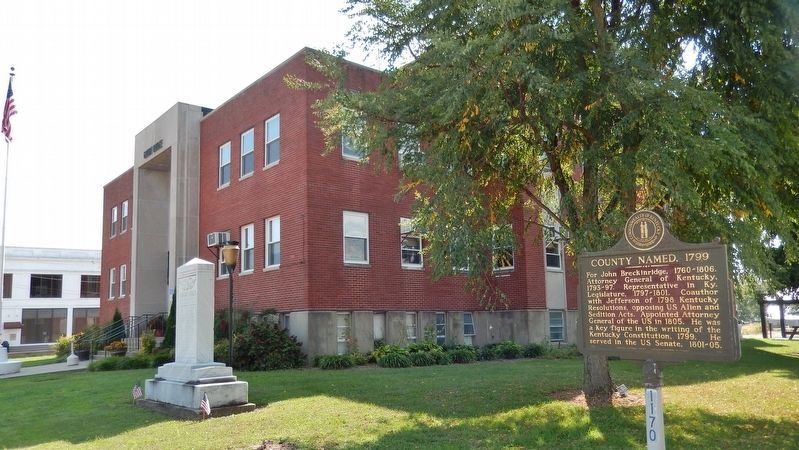