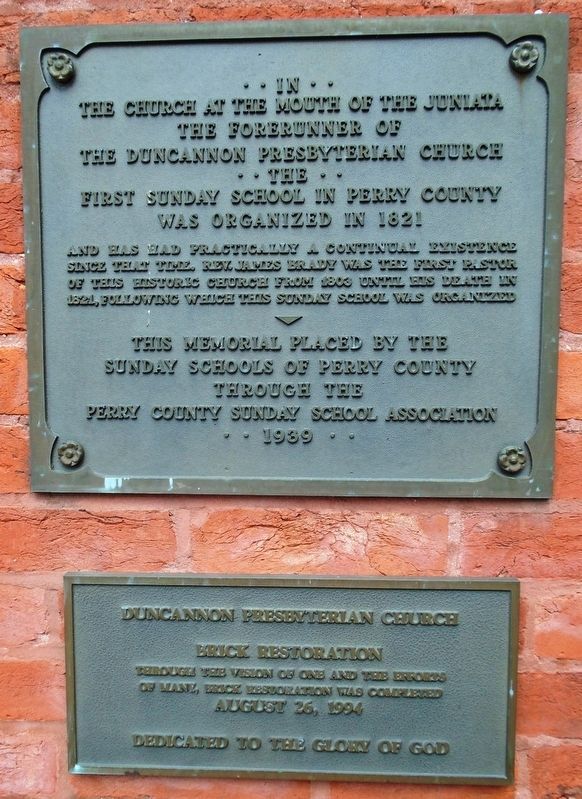 • • In • •
the Church at the Mouth of the Juniata
the forerunner of
the Duncannon Presbyterian Church
• • the • •
first Sunday School in Perry County
was organized in 1821
and has had practically a continual existence
since that time. Rev. James Brady was the first pastor
of this historic church from 1803 until his death in
1821, following which this Sunday School was organized
————————————
Duncannon Presbyterian Church
Brick Restoration
through the vision of one and the efforts
of many, brick restoration was completed
August 26, 1994

Dedicated to the Glory of God

Topics. This historical marker is listed in these topic lists: Churches & Religion • Education • Man-Made Features. A significant historical year for this entry is 1821. 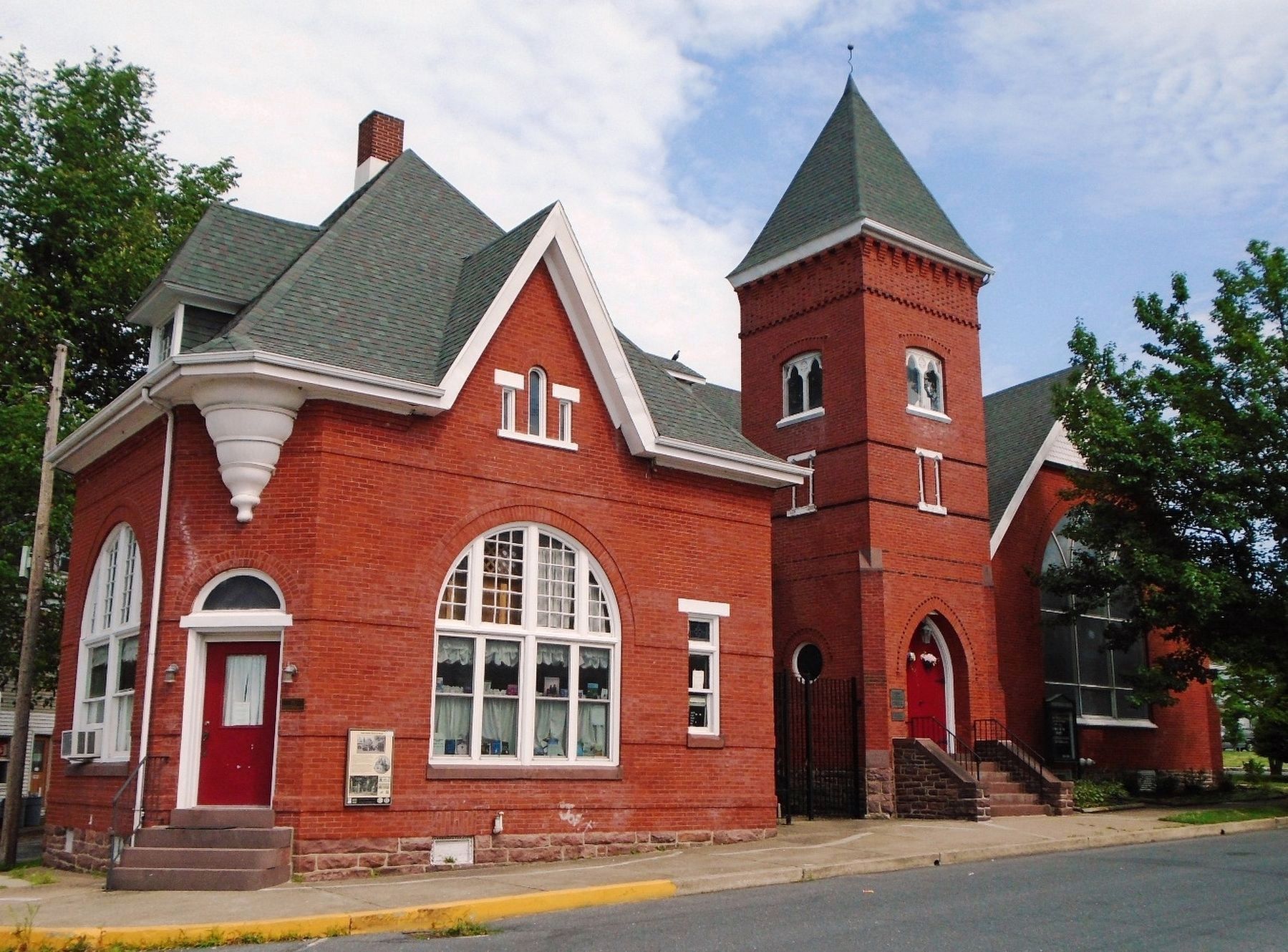 Click or scan to see
this page online
1.899′ W. Marker is in Duncannon, Pennsylvania, in Perry County. Marker is on High Street north of Cumberland Street, on the left when traveling north. Marker is on the wall at the entrance to Duncannon Presbyterian Church. Touch for map. Marker is at or near this postal address: 3 North High Street, Duncannon PA 17020, United States of America. Touch for directions. 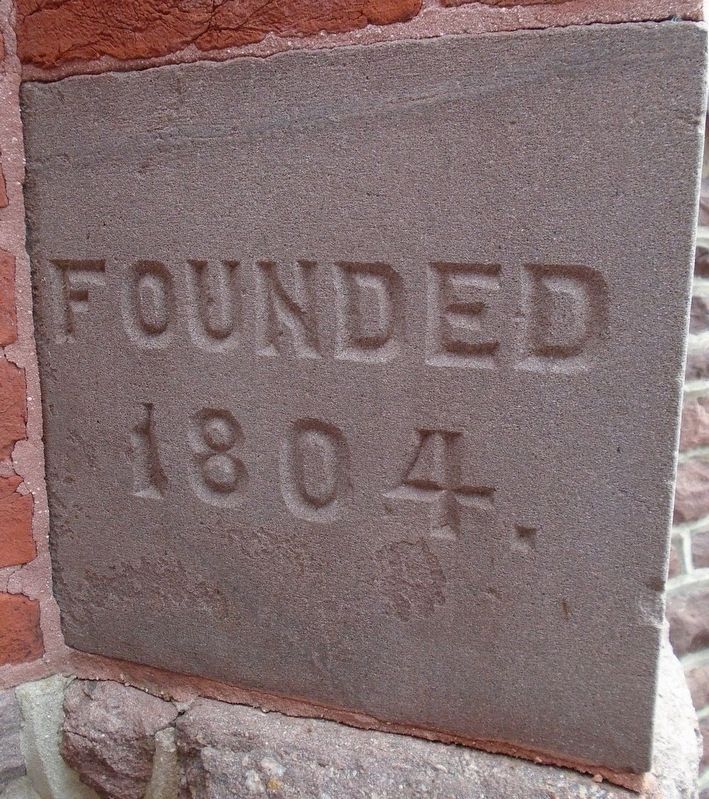 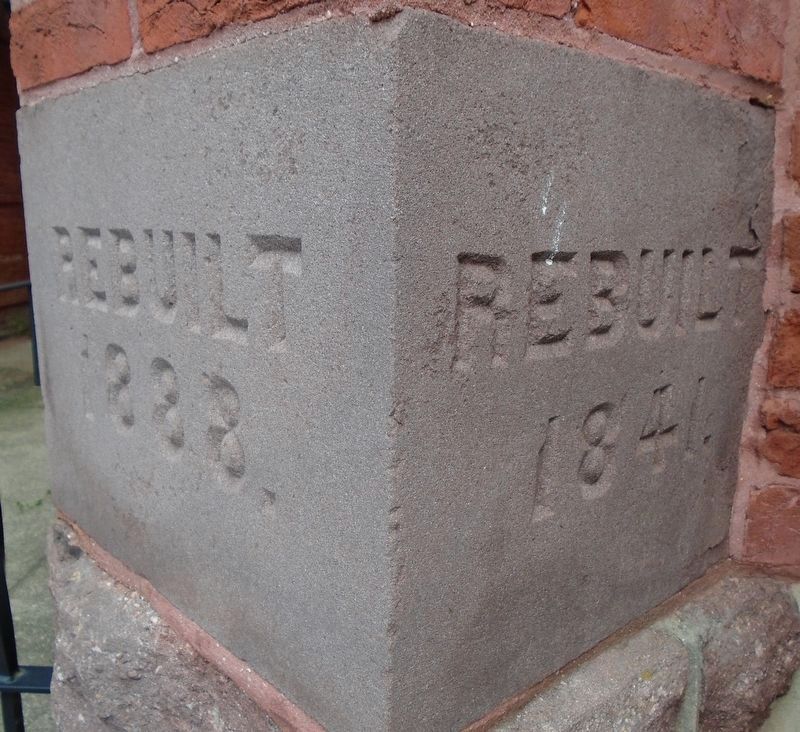