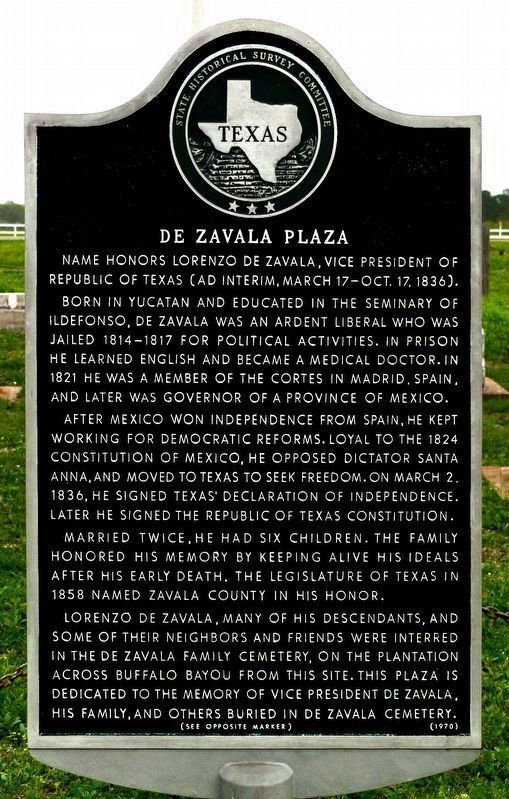 Born in Yucatan and educated in the Seminary of Ildefonso, De Zavala was an ardent Liberal who was jailed 1814-1817 for political activities. In prison he learned English and became a medical doctor. In 1821 he was a member of the Cortes in Madrid, Spain, and later was Governor of a province of Mexico.

After Mexico won independence from Spain, he kept working for Democratic reforms. Loyal to the 1824 Constitution of Mexico, he opposed dictator Santa Anna, and moved to Texas to seek freedom. On March 2, 1836 he signed Texas' Declaration of Independence. Later he signed the Republic of Texas Constitution.

Married twice, he had six children. The family honored his memory by keeping alive his ideals after his early death. The Legislature of Texas in 1858 named Zavala County in his honor.

Lorenzo de Zavala, many of his descendants, and some of their neighbors and friends were interred in the De Zavala family cemetery, on the plantation across Buffalo Bayou from this site. This plaza is dedicated to the 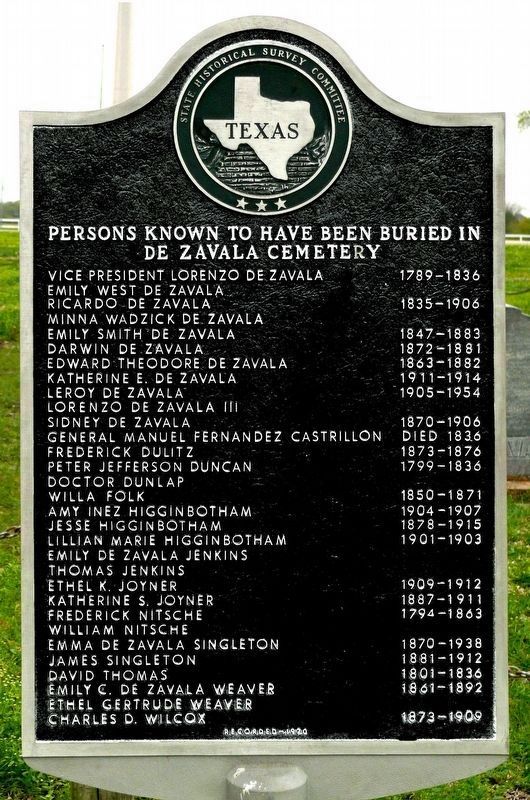 Photographed By Jim Evans, March 8, 2012
2. Persons Known to Have Been Buried in De Zavala Cemetery Marker

Click or scan to see
this page online
memory of Vice President De Zavala, his family, and others buried in De Zavala Cemetery

Topics. This historical marker is listed in these topic lists: Patriots & Patriotism 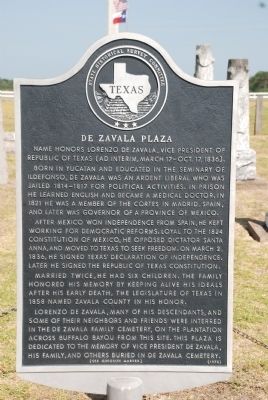 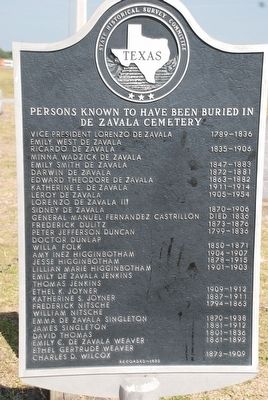 Photographed By Steve Henderson, May 27, 2011
4. Persons Known to Have Been Buried in De Zavala Cemetery Marker
This marker is directly right of the De Zavala Plaza marker. 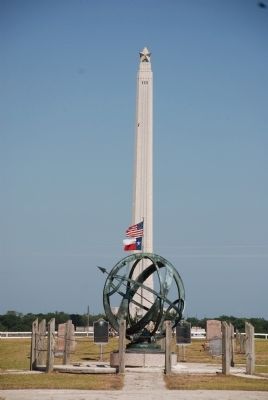 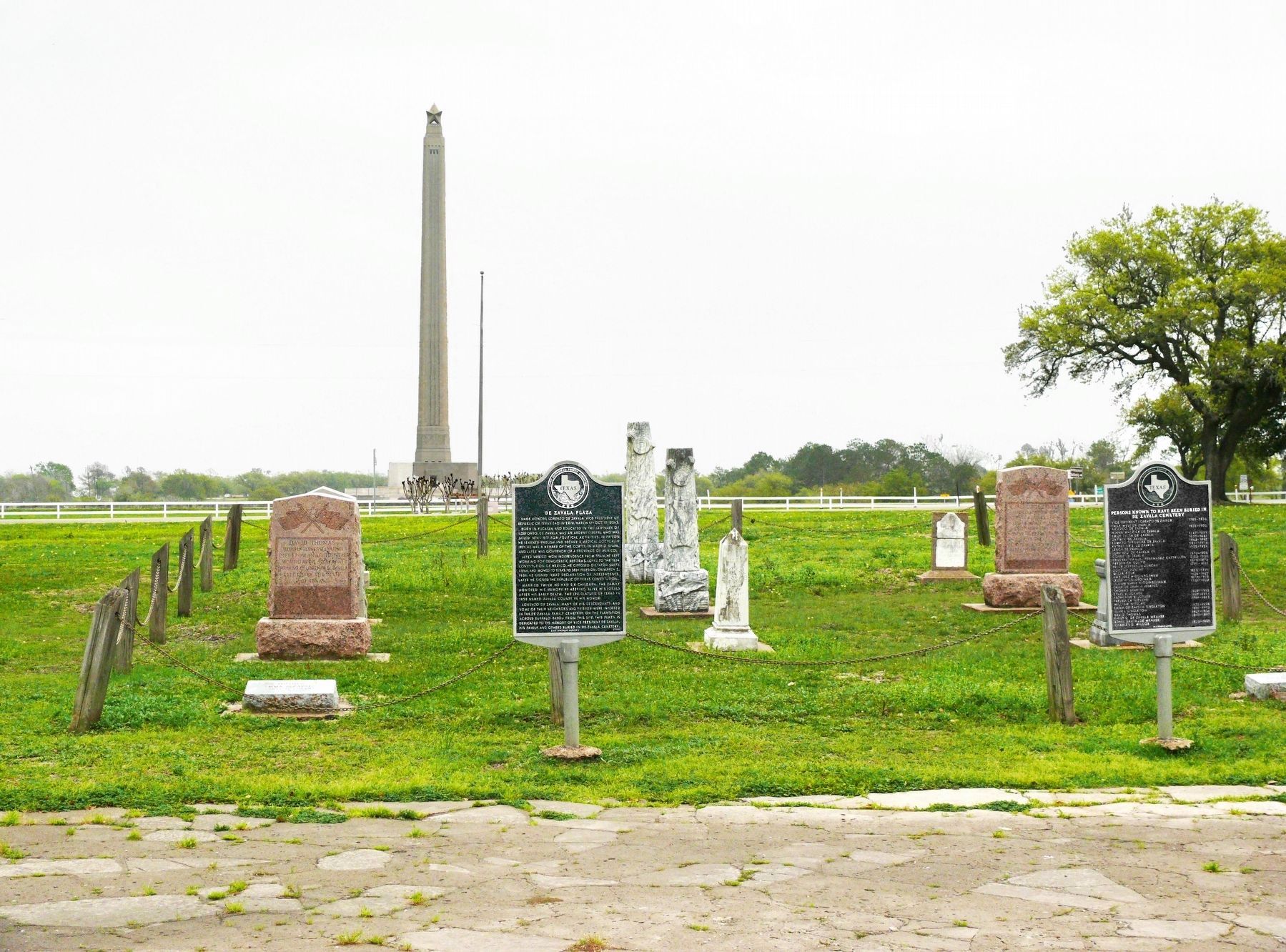 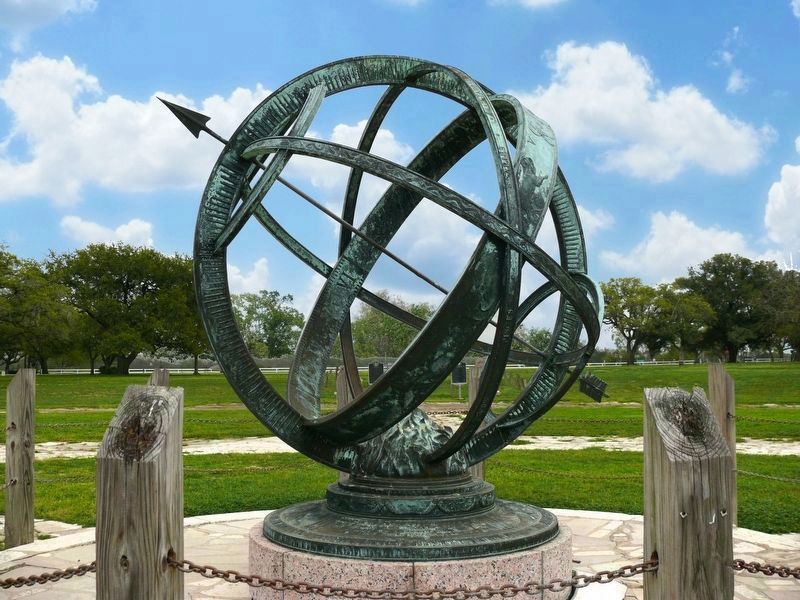