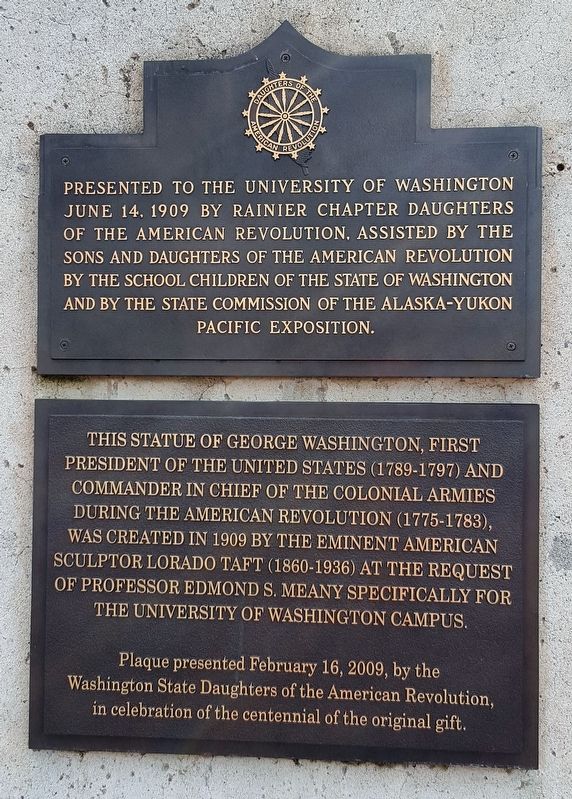 This Statue of George Washington, First President of the United States (1789-1797) and Commander In Chief of the Colonial Armies During the American Revolution (1775-1783), Was Created in 1909 by the Eminent American Sculptor Lorado Taft (1860-1936) at the Request of Professor Edmond S. Meany Specifically for the University of Washington Campus

Erected by Washington State Daughters of the American Revolution.

Topics and series. This historical marker is listed in these topic lists: Arts, Letters, Music • Education • Patriots & Patriotism • War, US Revolutionary. In addition, it is included in the Daughters of the American Revolution (DAR), and the Former U.S. Presidents: #01 George Washington series lists. A significant historical date for this entry is June 14, 1909. 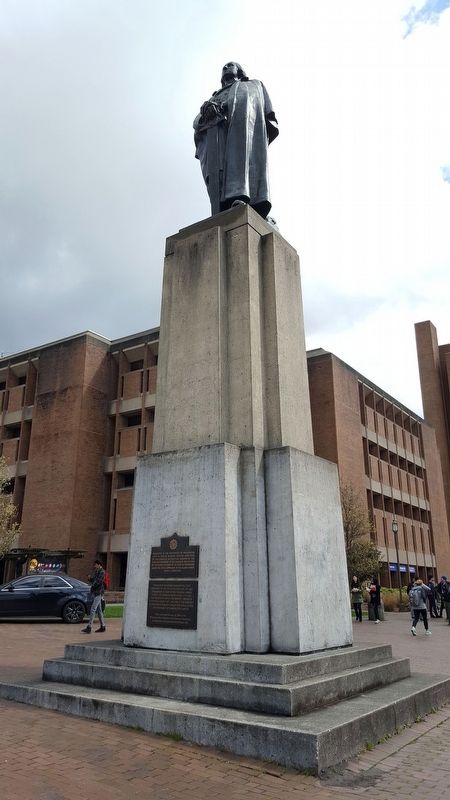 Other nearby markers. At least 8 other markers are within walking distance of this marker. Medal of Honor Memorial (about 600 feet away, measured in a direct line); Scion of the Washington Elm (approx. 0.3 miles away); Naval Training Station Seattle (approx. 0.4 miles away); Anhalt Hall (approx. half a mile away); University Library (approx. 0.7 miles away); The Old Shell House (approx. ¾ mile away); L'Amourita (approx. 0.8 miles away); 1890 Seattle Fire Department Bell (approx. 0.9 miles away). Touch for a list and map of all markers in Seattle.

More about this marker. Marker is located on a statue of George Washington on the west edge of the University of Washington campus. 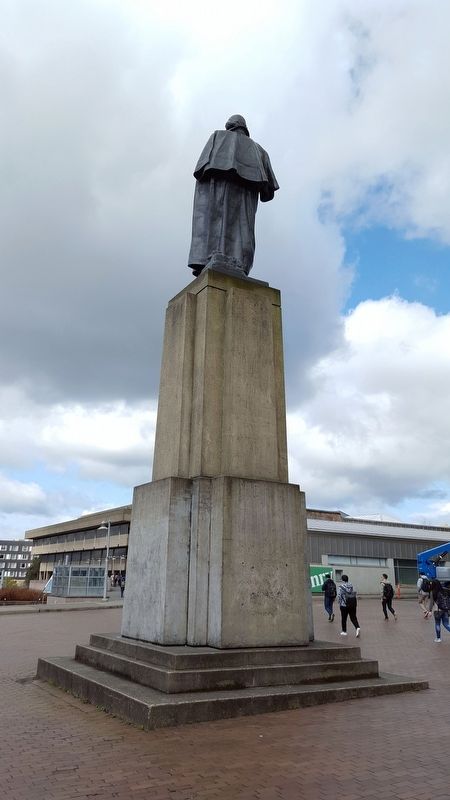 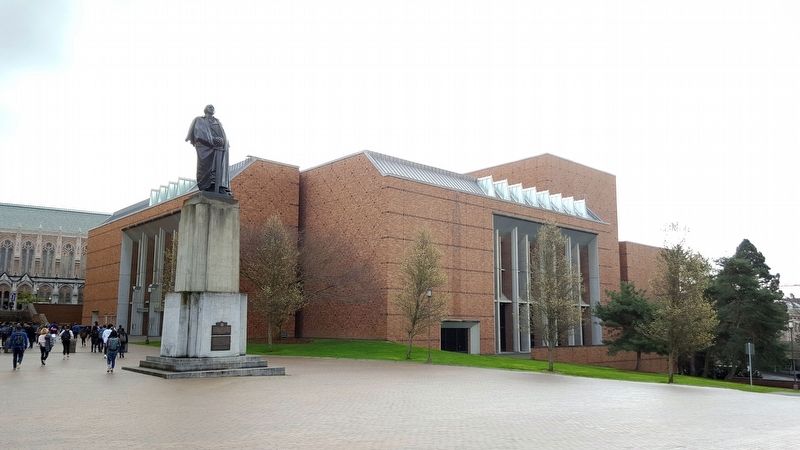 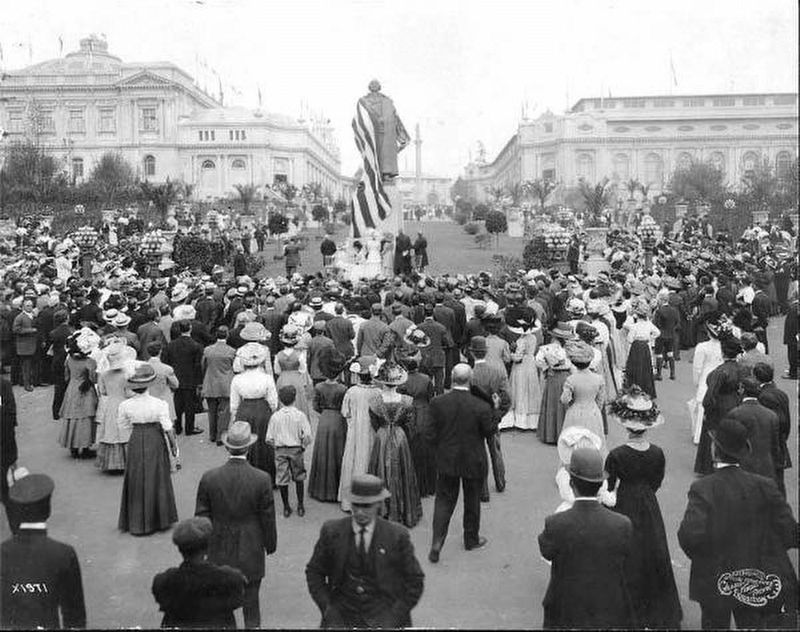