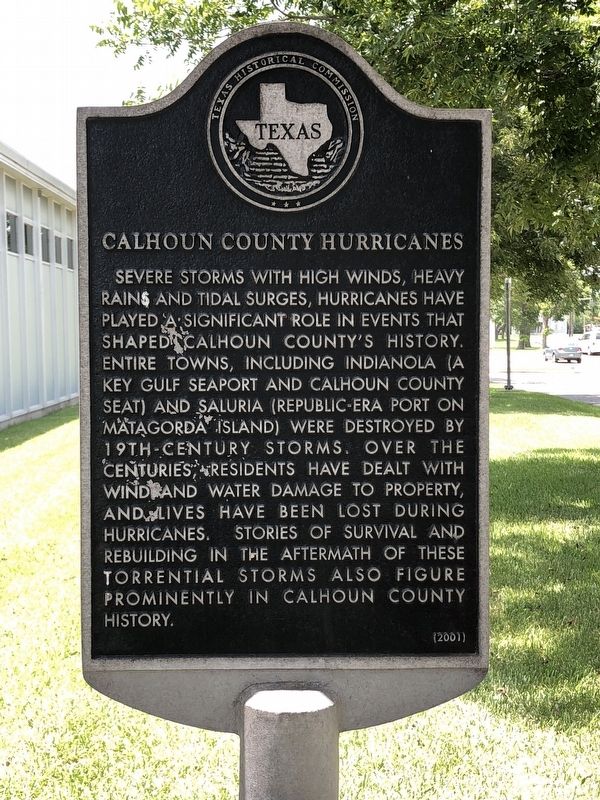 Severe storms with high winds, heavy rains and tidal surges, hurricanes have played a significant role in events that shaped Calhoun County's history. Entire towns, including Indianola (a key Gulf seaport and Calhoun County seat) and Saluria (Republic-era port on Matagorda Island) were destroyed by 19th-century storms. Over the centuries, residents have dealt with wind and water damage to property, and lives have been lost during hurricanes. Stories of survival and rebuilding in the aftermath of these torrential storms also figure prominently in Calhoun County history.

Other nearby markers. At least 8 other markers are within 9 miles of this marker, measured as the crow flies 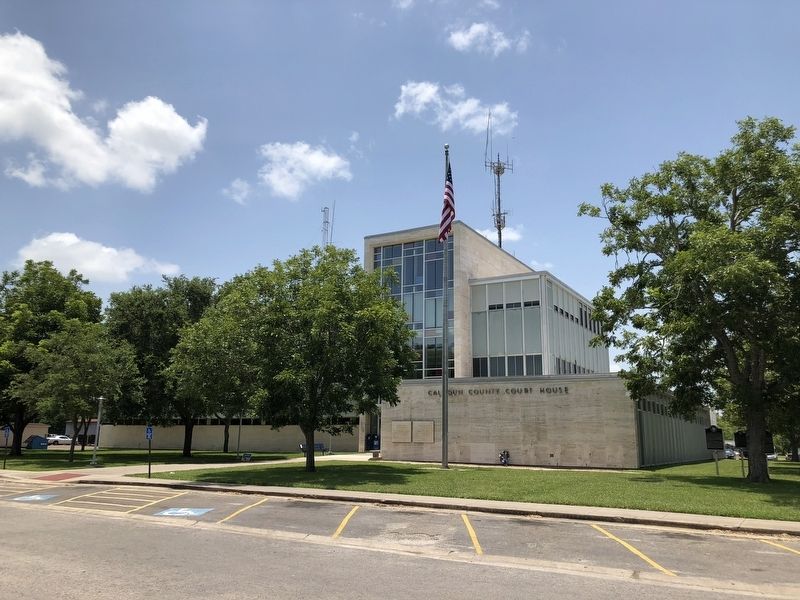