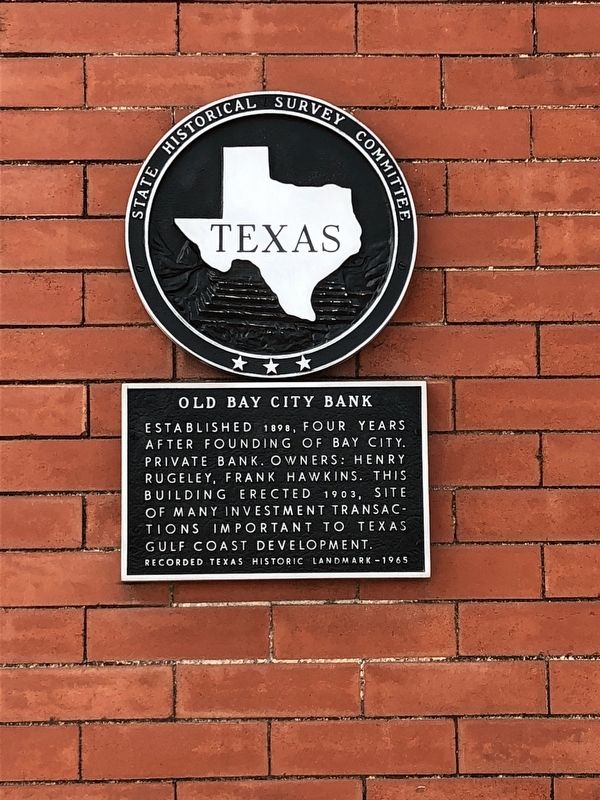 Topics. This historical marker is listed in this topic list: Industry & Commerce. A significant historical year for this entry is 1898. 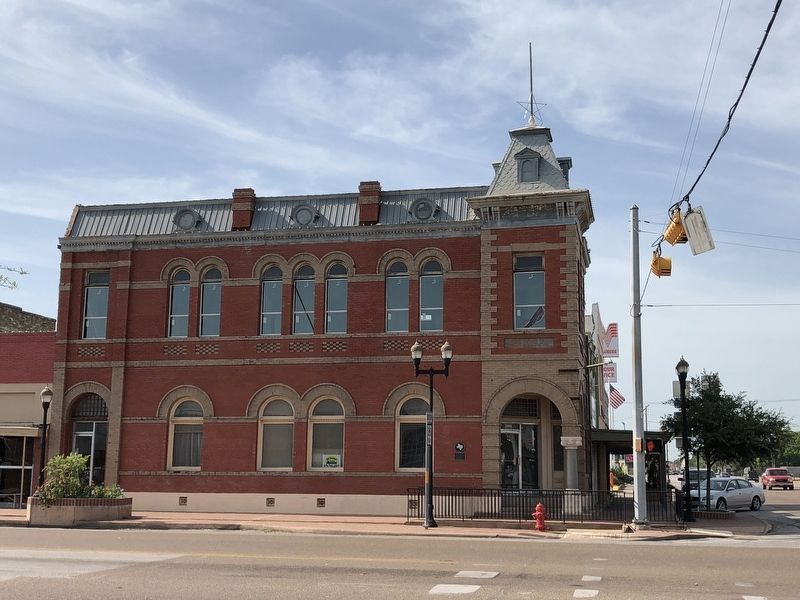 Click or scan to see
this page online
shouting distance of this marker); a different marker also named Matagorda County (about 300 feet away, measured in a direct line); Matagorda, C.S.A. (about 400 feet away); Matagorda County Confederate Memorial (about 500 feet away); Austin Building (about 600 feet away). Touch for a list and map of all markers in Bay City.
Credits. This page was last revised on July 25, 2018. It was originally submitted on July 24, 2018, by Brian Anderson of Kingwood, Texas. This page has been viewed 177 times since then and 58 times this year. Photos:   1, 2. submitted on July 24, 2018, by Brian Anderson of Kingwood, Texas. • Bernard Fisher was the editor who published this page.
Share this page.