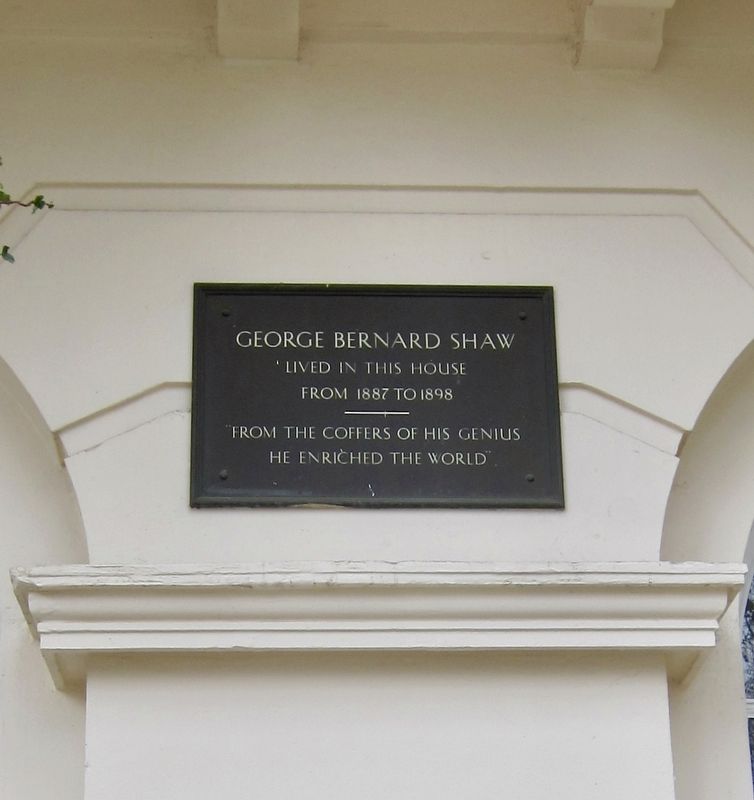 From the coffers of his genius he enriched the world

From the coffers of his genius
he enriched the world

Topics. This historical marker is listed in this topic list: Arts, Letters, Music. A significant historical date for this entry is July 26, 1856.

More about this marker. English Heritage notes that this plaque was erected by the St. Pancras Borough Council in 1951, and "incorporated" into the official Blue Plaque scheme in 1975. 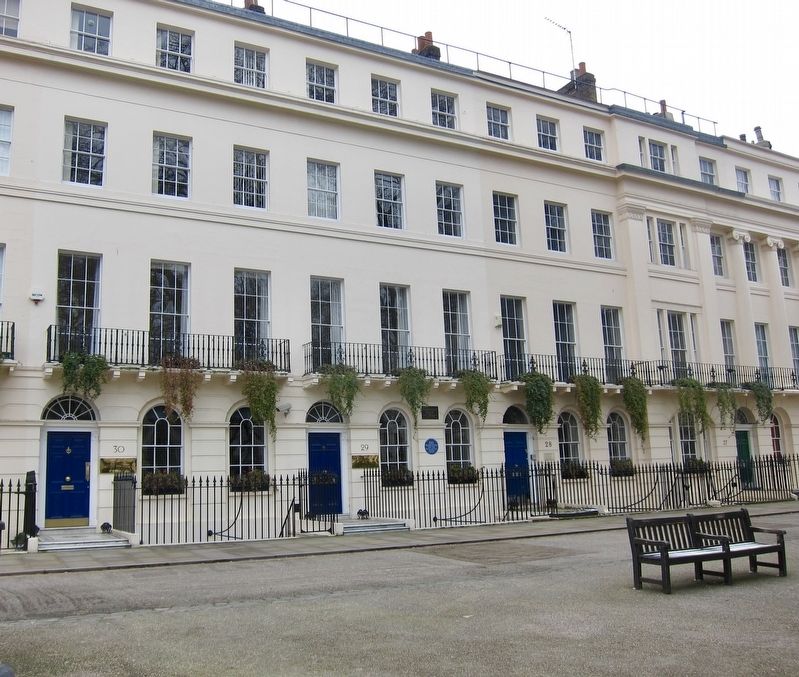 Click or scan to see
this page online
and polemicist George Bernard Shaw was among the most famous dramatists of his generation, perhaps best known today for Pygmalion (1913), from which came the musical and play My Fair Lady (1956, 1964). It was while he was living at 29 Fitzroy Square in Fitzrovia that he started to develop his acerbic and humorous style." (Submitted on July 27, 2018.)

2. George Bernard Shaw. "George Bernard Shaw (26 July 1856 – 2 November 1950), known at his insistence simply as Bernard Shaw, was an Irish playwright, critic, polemicist, and political activist. His influence on Western theatre, culture and politics extended from the 1880s to his death and beyond. He wrote more than sixty plays, including major works such as Man and Superman (1902), Pygmalion (1912) and Saint Joan (1923). With a range incorporating both contemporary satire and historical allegory, Shaw became the leading dramatist of his generation, and in 1925 was awarded the Nobel Prize in Literature." (Submitted on July 27, 2018.) 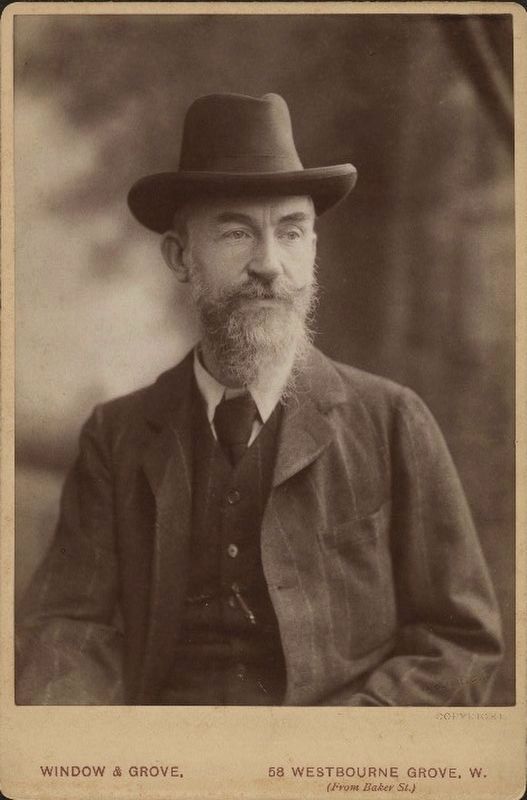