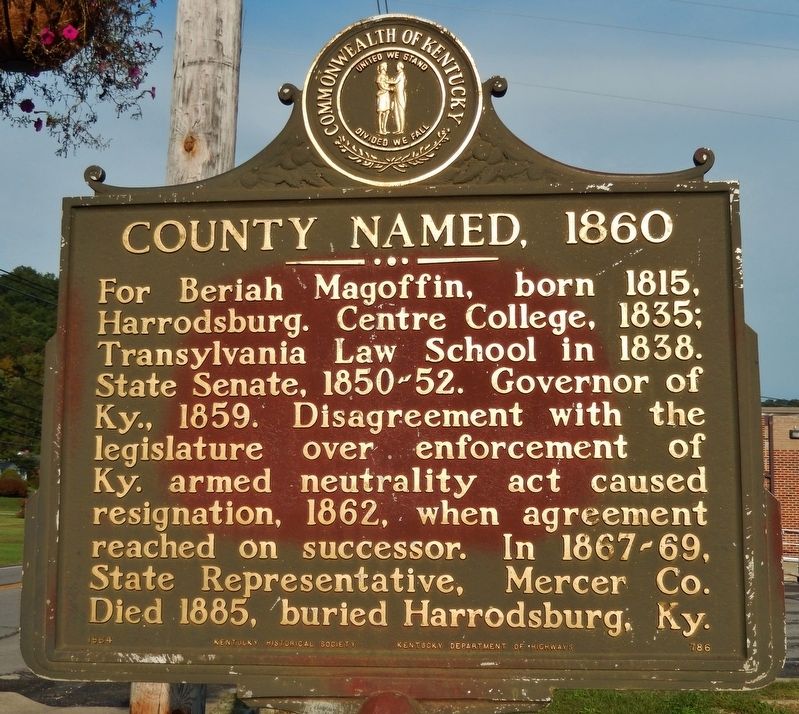 Topics and series. This historical marker is listed in these topic lists: Government & Politics • Political Subdivisions. In addition, it is included in the Kentucky Historical Society series list. 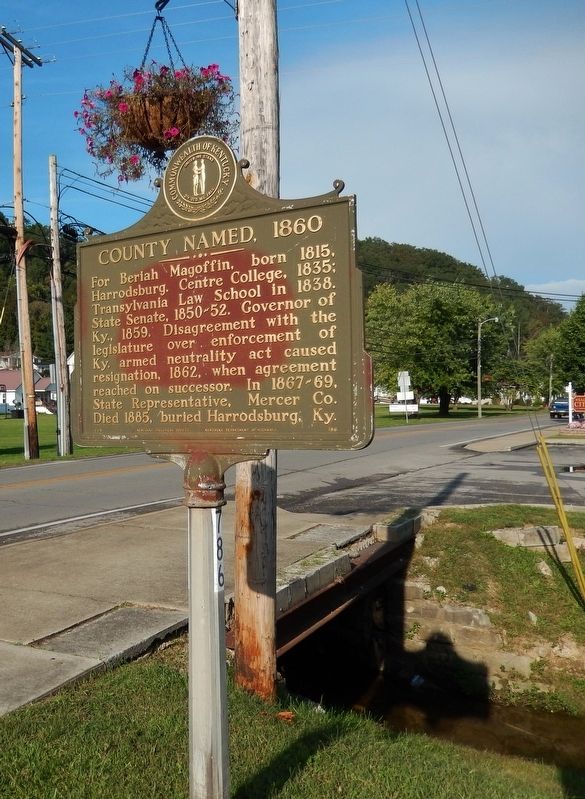 Also see . . .  Magoffin County, Kentucky. The area now encompassed by Kentucky's Magoffin County was first bounded in 1772, when all of what is now the state of Kentucky was in the frontier county of Fincastle County, Virginia. Fincastle was divided in 1776, with the western portion named Kentucky County, Virginia. In 1780, the Virginia legislature set aside all land in Kentucky County for soldiers who had served in the Revolutionary War. In 1860, the Kentucky Legislature partitioned parts of Johnson, Floyd, and Morgan Counties, to create Magoffin County. Its boundaries have remained unchanged since that time. (Submitted on August 8, 2018, by Cosmos Mariner of Cape Canaveral, Florida.) 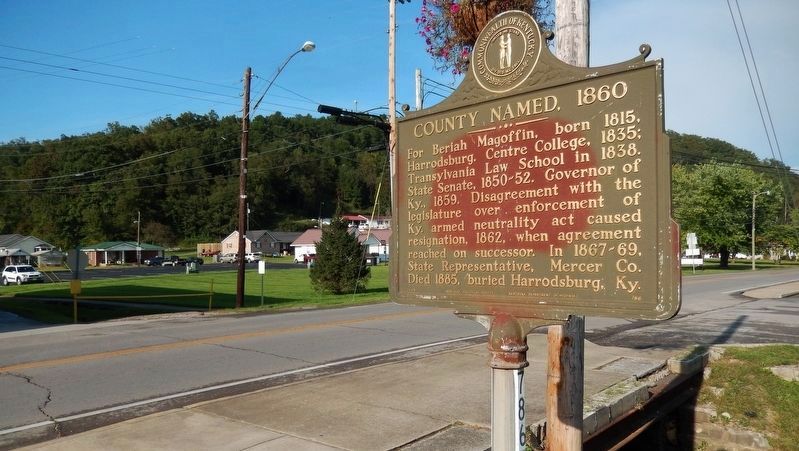 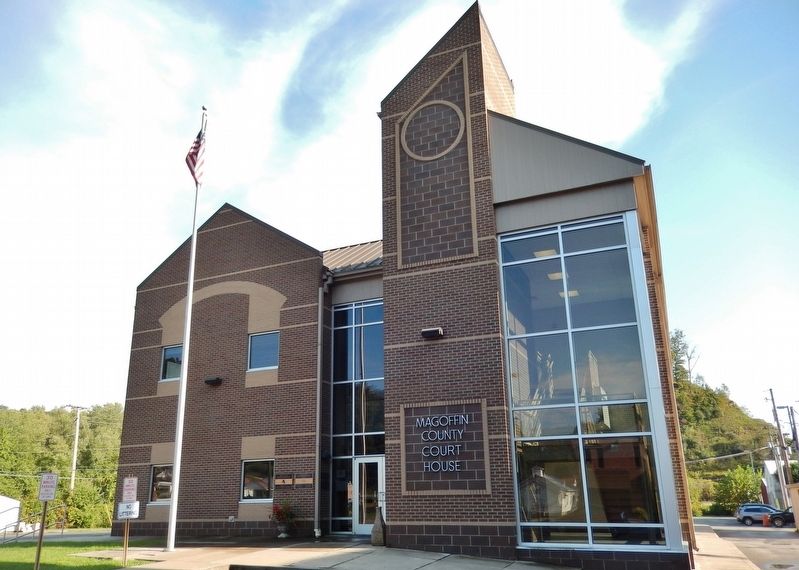