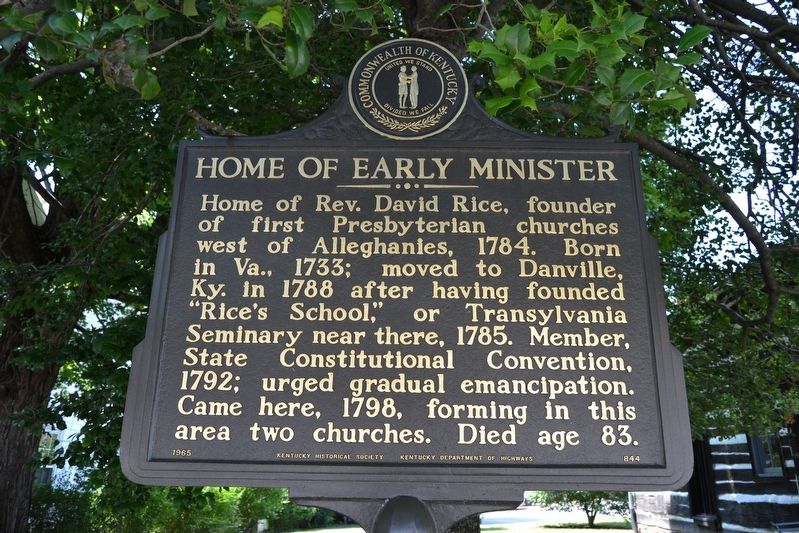 Topics and series. This historical marker is listed in this topic list: Churches & Religion. In addition, it is included in the American Presbyterian and Reformed Historic Sites, and the Kentucky Historical Society series lists. A significant historical year for this entry is 1733.

Location. 37° 15.72′ N, 85° 30.076′ W. Marker is in Greensburg, Kentucky, in Green County. Marker is on North Main Street (State Highway 70) south of West Hodgenville Avenue, on the right when traveling south. Touch for map. Marker is in this post office area: Greensburg KY 42743, United States of America. Touch for directions.

Other nearby markers. At least 8 other markers are within walking distance of this marker. Green County Architecture Heritage History (about 500 feet 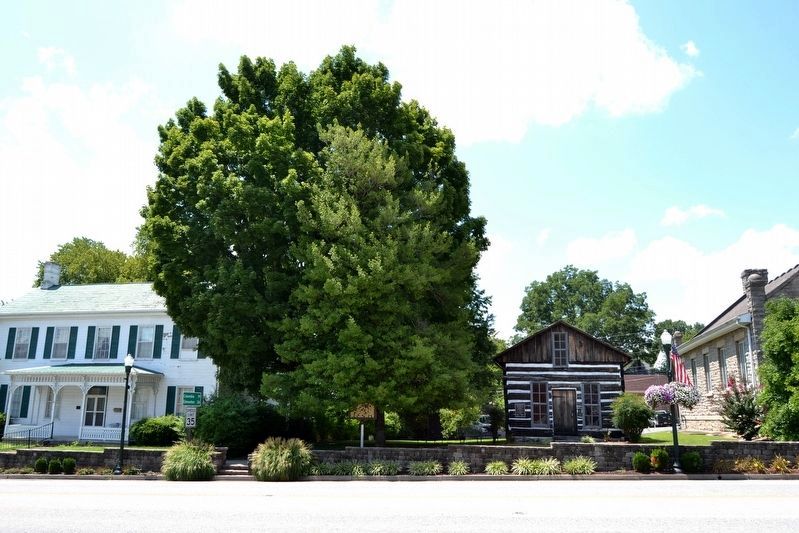 Photographed By Duane Hall, July 31, 2016
2. Home of Reverend David Rice
View to west across N. Main Street
Marker is to the left of the log cabin underneath the tree

Regarding Home of Early Minister. This log home, also known as Jeremiah Abell’s Log House (the original builder and owner), is one of 445 American Presbyterian and Reformed Historical Sites registered between 1973 and 2003 by the Presbyterian Historical Society (PHS), headquartered in Philadelphia. Approved sites received a metal plaque featuring John Calvin’s seal and the site’s registry number (PHS marker location unknown).

Rev. Jeremiah Abell built his house in 1796 on a plot of land purchased from the trustees of Greensburg. The log 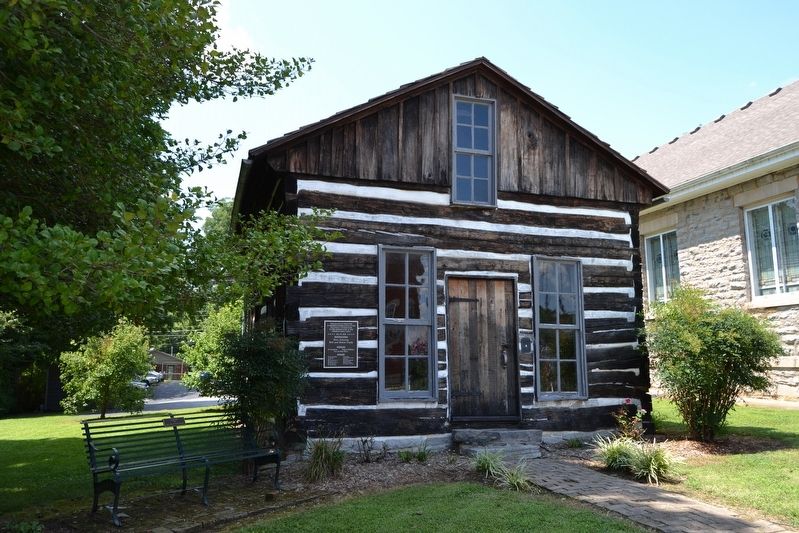 Photographed By Duane Hall, July 31, 2016
3. Home of Reverend David Rice
house, measuring 17 feet wide and 27 feet long, was constructed of yellow poplar. Abell was a Presbyterian Pastor in Green County in the first quarter of the 1800s. In 1802, Abell, then a minister of the Republican Methodist Society, became a member of Transylvania Presbytery. After Abell, the lot changed owners ten times before being purchased by the Greensburg Presbyterian Church, the current owners, in 1969. In 1970, Jeremiah Abell’s log house was uncovered in the removal of the home that had been built around it over the years, and the Green County Historical Society immediately began to work on restoration.