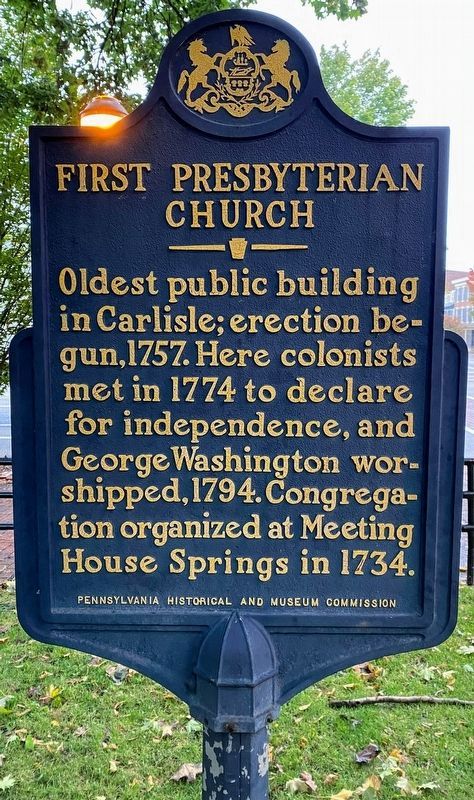 Topics and series. This historical marker is listed in these topic lists: Churches & Religion • War, US Revolutionary. In addition, it is included in the American Presbyterian and Reformed Historic Sites, and the Pennsylvania Historical and Museum Commission series lists. A significant historical year for this entry is 1757.

Other nearby markers. At least 8 other markers are within walking distance of this marker. Veterans Memorial Courtyard (a few steps from this marker); Episcopal Square 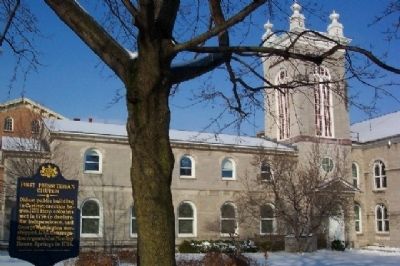 Organized in 1734 at Meeting House Springs, First Church's building in Carlisle was designed 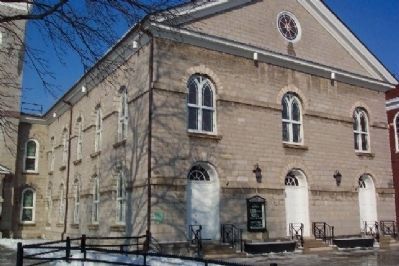 Photographed By William Fischer, Jr., January 29, 2009
3. First Presbyterian Church
by Robert Smith of Philadelphia and completed about 1769. Additions have been made in the nineteenth and twentieth centuries. James Wilson, signer of the Declaration of Independence, was a trustee of the congregation. The General Assembly of the PCUSA met here in 1792 and 1795 and First Church's pastor, Robert Davidson, was elected moderator in 1796. In 1794, President George Washington, his staff, and Pennsylvania Governor Thomas Mifflin, reviewed troops and then worshipped in the meetinghouse. The grammar school founded by the congregation in 1773 later merged with Dickinson College. 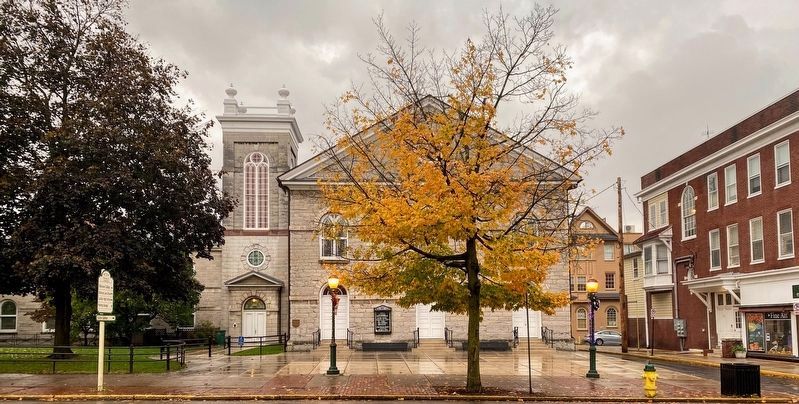 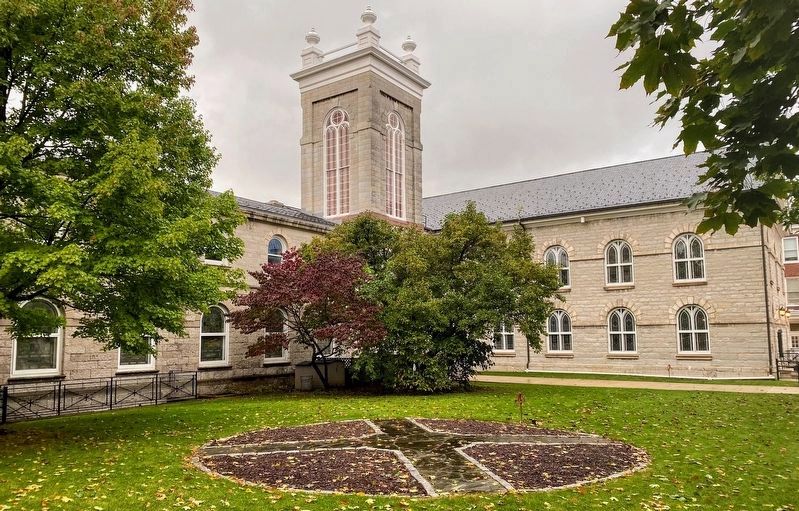