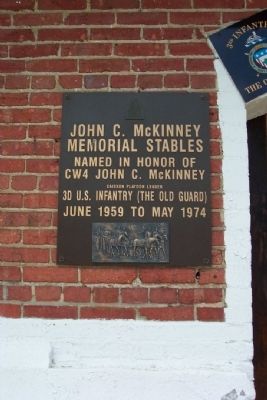 Location. 38° 52.994′ N, 77° 4.993′ W. Marker is in Arlington, Virginia, in Arlington County. Memorial is at the intersection of Jackson Avenue and Sheridan Avenue, on the right when traveling west on Jackson Avenue. Access is restricted due to Fort Myer being an active military installation. Touch for map. Marker is at or near this postal address: 102 Forrest Cir, Fort Myer VA 22211, United States of America. Touch for directions. 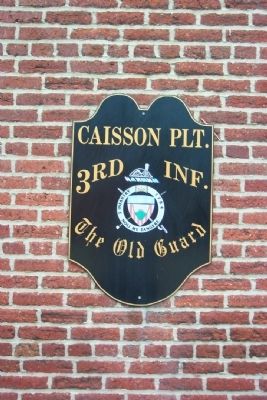 Regarding John C. McKinney Memorial Stables. Chief Warrant Officer 4 John C. McKinney may have been the last of the Army's career horse soldiers. He died at age 68, of cancer, on Oct. 27, 1987 at his home in Columbus, N.C.

Except for about 18 months after World War II, Mr. McKinney served in the Army from 1939 to 1974. For 29 of those years, despite the proliferation of planes and tanks and electronics of incredible sophistication, he was with horses and mules. 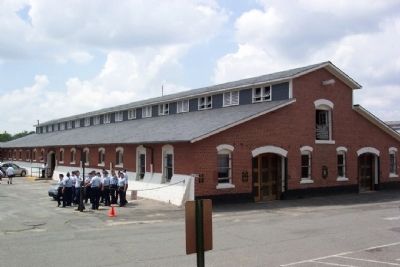 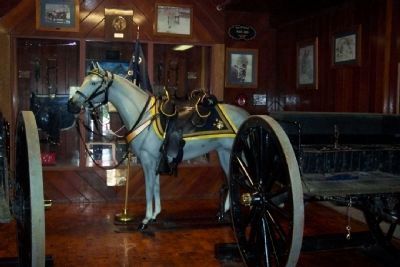 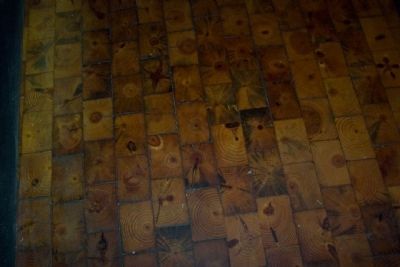 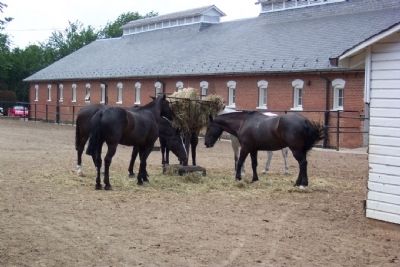