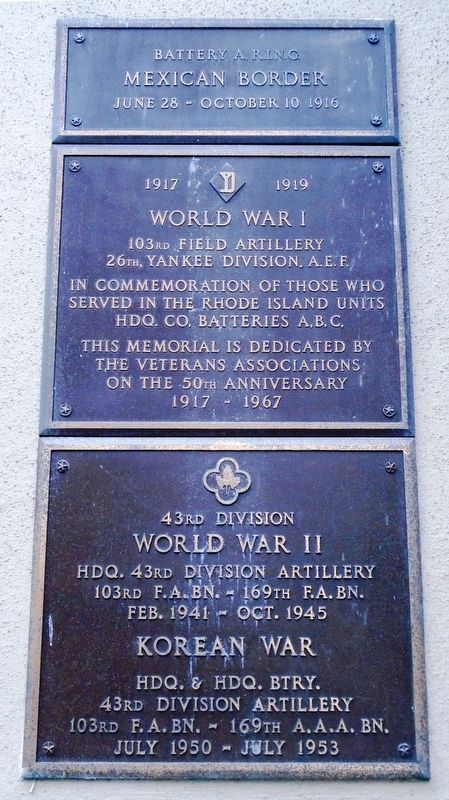 In commemoration of those who served in the Rhode Island units Hdq. Co. Batteries A,B,C

In commemoration of those who
served in the Rhode Island units
Hdq. Co. Batteries A,B,C 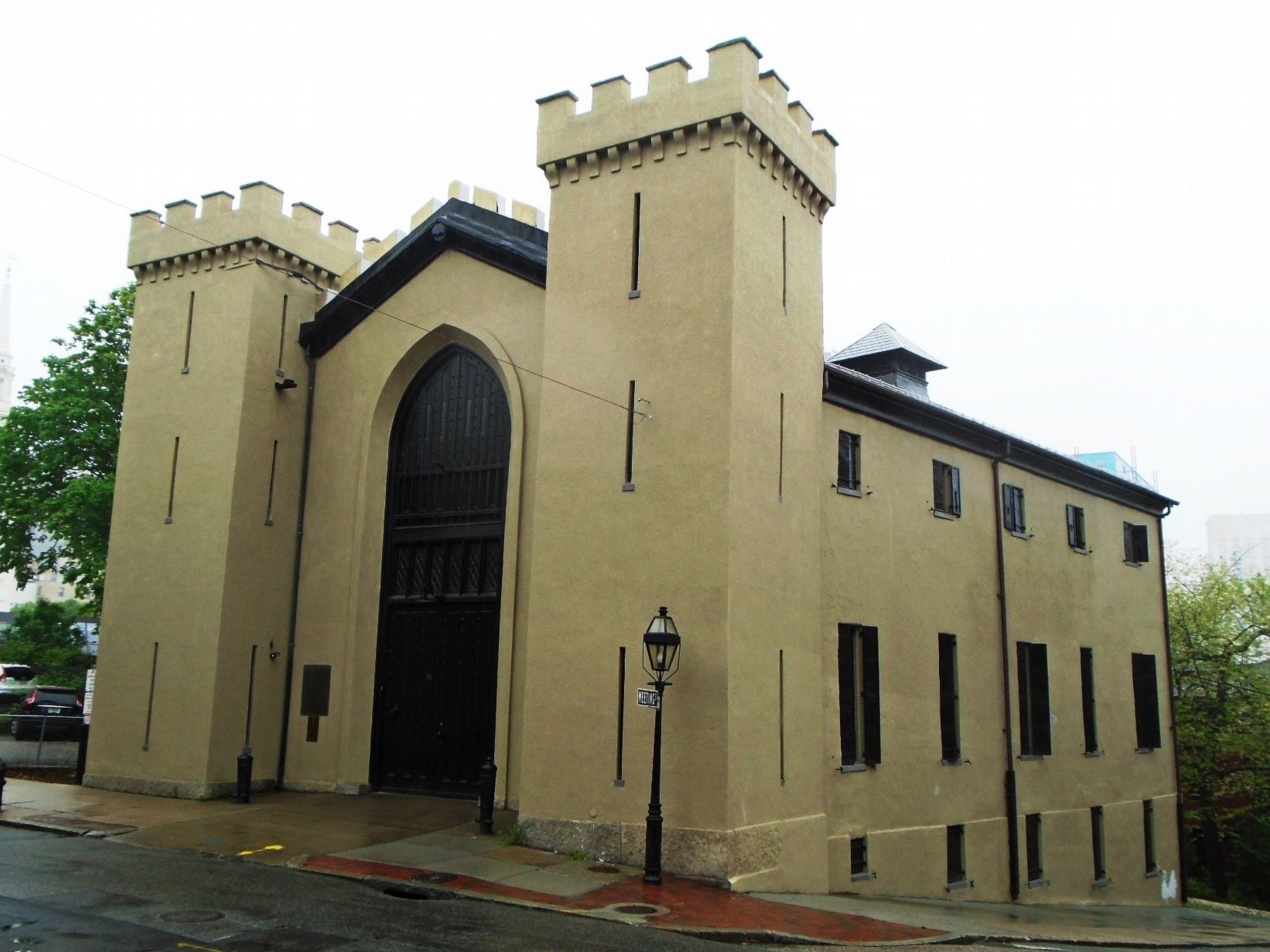 By William Fischer, Jr., May 19, 2018
2. State Arsenal 20th Century War Memorial Markers
To right of doorway, not visible in photo
N, 71° 24.499′ W. Marker is in Providence, Rhode Island, in Providence County. Memorial is at the intersection of Benefit Street and Meeting Street, on the left when traveling north on Benefit Street. Touch for map. Marker is at or near this postal address: 176 Benefit Street, Providence RI 02903, United States of America. Touch for directions.