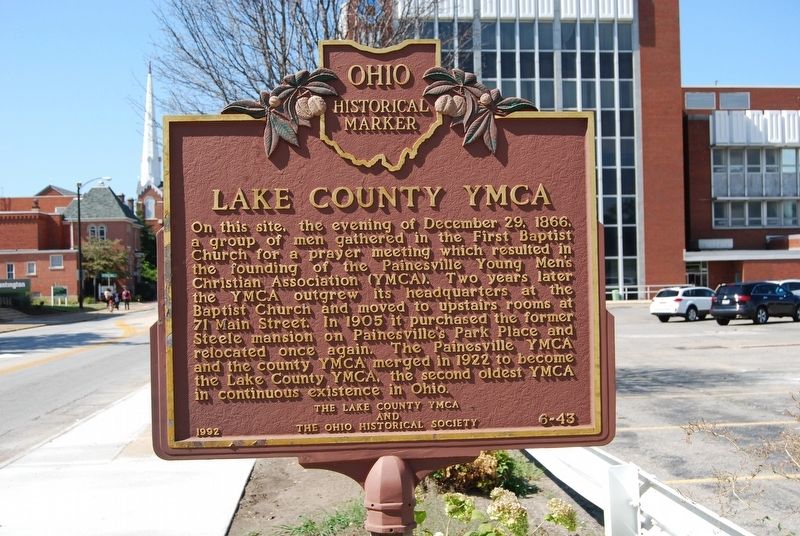 On this site, the evening of December 29, 1866, a group of men gathered in the First Baptist Church for a prayer meeting which resulted in the founding of the Painesville Young Men's Christian Association (YMCA). Two years later the YMCA outgrew its headquarters at the Baptist Church and moved to upstairs rooms at 71 Main Street. In 1905 it purchased the former Steele mansion on Painesville's Park Place and relocated once again. The Painesville YMCA and the county YMCA merged in 1922 to become the Lake County YMCA, the second oldest YMCA in continuous existence in Ohio.

Erected 1992 by The Lake County YMCA and The Ohio Historical Society. (Marker Number 6-43.)

Topics and series. This historical marker is listed in this topic list: Fraternal or Sororal Organizations. In addition, it is included in the Ohio Historical Society / The Ohio History Connection series list. A significant historical date for this entry is December 29, 1866. 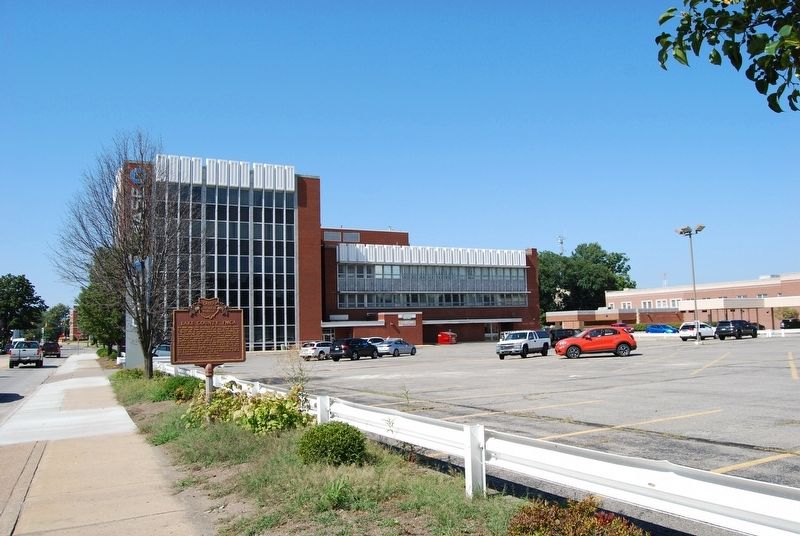 Click or scan to see
this page online
East Washington Street, on the right when traveling north on Liberty Street. Touch for map. Marker is in this post office area: Painesville OH 44077, United States of America. Touch for directions.

Other nearby markers. At least 8 other markers are within 2 miles of this marker, measured as the crow flies. Mentor Avenue Historic District (about 600 feet away, measured in a direct line); Thomas W. Harvey (approx. ¼ mile away); Daniel Carter Beard (approx. ¼ mile away); Mathews House (approx. 0.4 miles away); Edward Paine (approx. half a mile away); Charter Oak Triangle (approx. half a mile away); Lake Shore & Michigan Southern Station (approx. ¾ mile away); The Casement House / General Jack and Frances Jennings Casement (approx. 1.3 miles away). Touch for a list and map of all markers in Painesville.
Credits. This page was last revised on September 2, 2018. It was originally submitted on September 2, 2018, by Mike Wintermantel of Pittsburgh, Pennsylvania. This page has been viewed 175 times since then and 10 times this year. Photos:   1, 2. submitted on September 2, 2018, by Mike Wintermantel of Pittsburgh, Pennsylvania.
Share This Page.