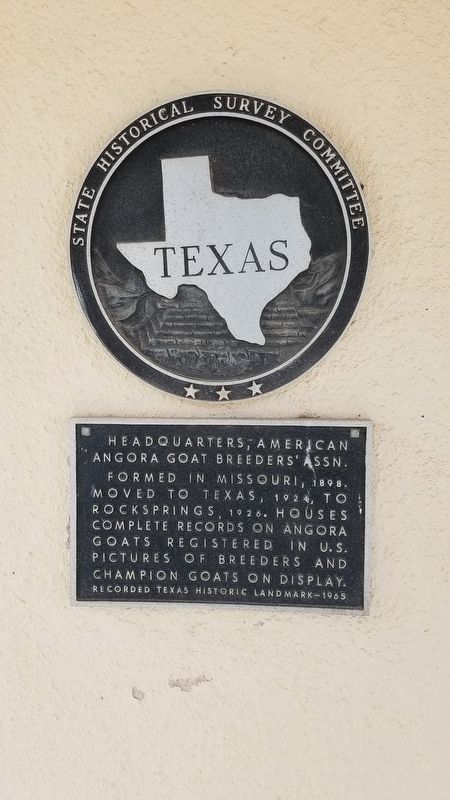 Topics. This historical marker is listed in this topic list: Animals. 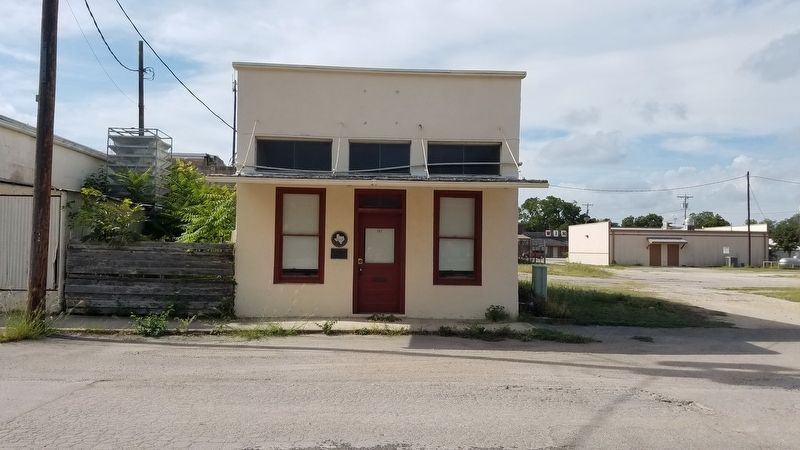 By Jenn Wintermantel
2. Headquarters, American Angora Goat Breeders' Assn. Marker
(about 400 feet away); Old Carson Store (about 500 feet away); Rocksprings Cemetery (approx. 0.7 miles away). Touch for a list and map of all markers in Rocksprings.