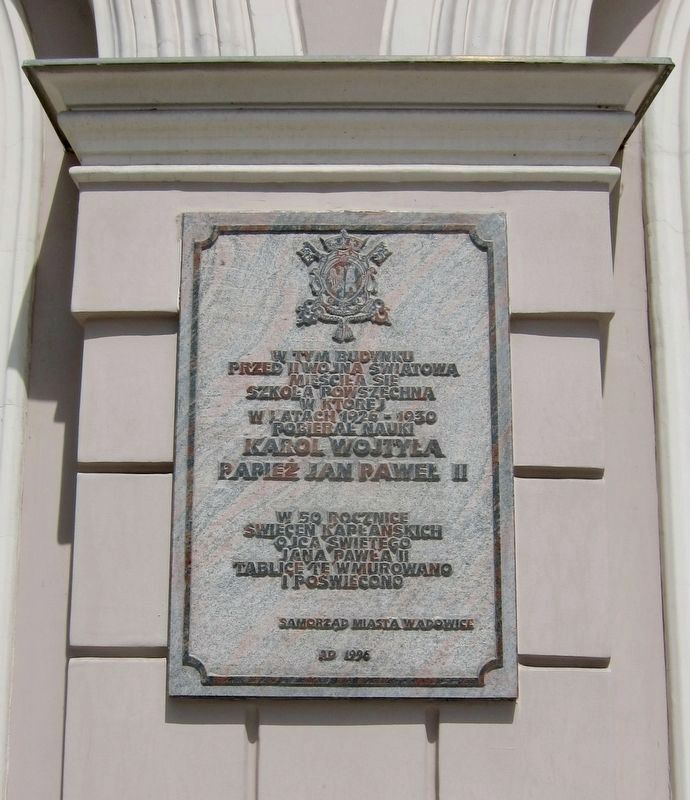 In this building, before World War II, was located the school in which during the years 1926-1930 Pope John Paul II (Karol Wojtyla) studied.

This tablet was erected on the 50th anniversary of the ordination of the Holy Father John Paul II.

. This historical marker was erected in 1996 by Samorząd Miasta Wadowice. It is in Wadowice in Wadowice Powiat Małopolska Poland