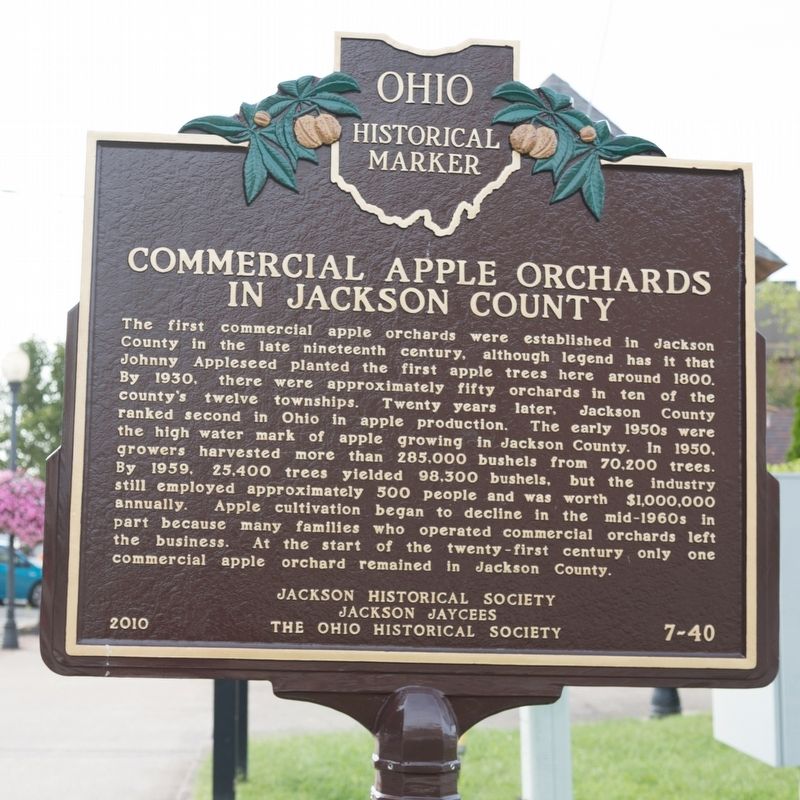 Commercial Apple Orchards in Jackson County. The first commercial apple orchards were established in Jackson County in the late nineteenth century, although legend has it that Johnny Appleseed planted the first apple trees here around 1800. By 1930, there were approximately fifty orchards in ten of the county’s twelve townships. Twenty years later, Jackson County ranked second in Ohio in apple production. The early 1950s were the high water mark of apple growing in Jackson County. In 1950, growers harvested more than 285,000 bushels from 70,200 trees. By 1959, 25,400 trees yielded 98,300 bushels, but the industry still employed approximately 500 people and was worth $1,000,000 annually. Apple cultivation began to decline in the mid-1960s in part because many families who operated commercial orchards left the business. At the start of the twenty -first century only one commercial apple orchard remained in Jackson County. 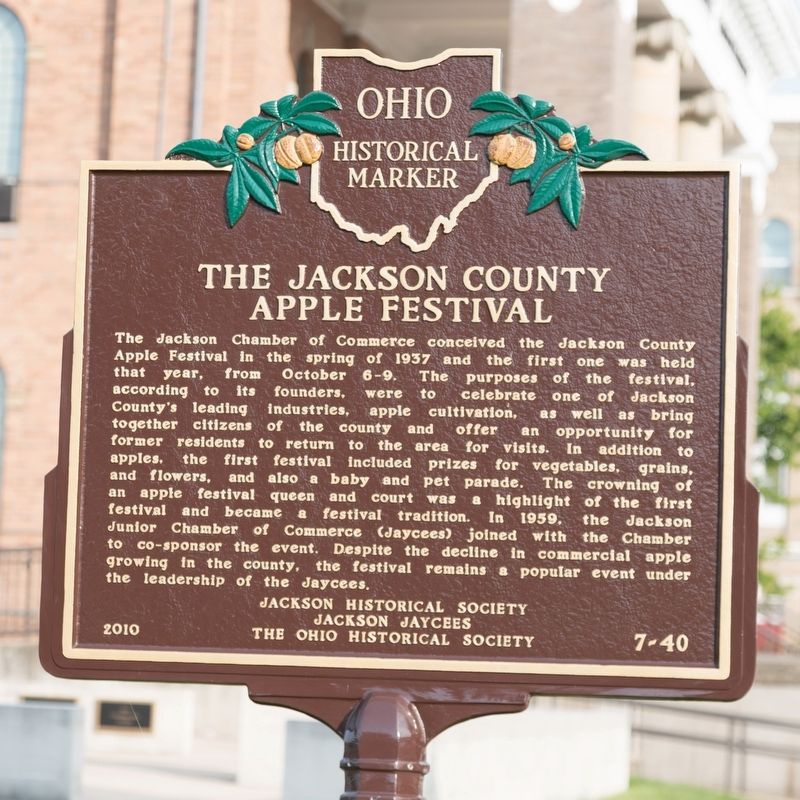 Click or scan to see
this page online
The purposes of the festival, according to its founders, were to celebrate one of Jackson County’s leading industries, apple cultivation, as well as bring together citizens of the county and offer an opportunity for former residents to return to the area for visits. In addition to apples, the first festival included prizes for vegetables and flowers, and also a baby and pet parade. The crowning an apple festival queen and court was a highlight of the first festival and became a festival tradition. In 1959, the Jackson Junior Chamber of Commerce (Jaycees) joined with the Chamber to co-sponsor the event. Despite the decline in commercial apple growing tn the county, the festival remains a popular event under the leadership of the Jaycees.

Topics and series. This historical marker is listed in this topic list: Horticulture & Forestry. In addition, it is included in the Ohio Historical Society / The Ohio History Connection series list. A significant historical year for this entry is 1800.

Location. 39° 3.151′ N, 82° 38.248′ W. Marker is in Jackson, Ohio, in Jackson County. Marker is on Main Street north of Broadway Street, on the right when traveling north. It is at the old courthouse. Touch for map. Marker is in this post office area: Jackson OH 45640, United States of America. Touch for directions.