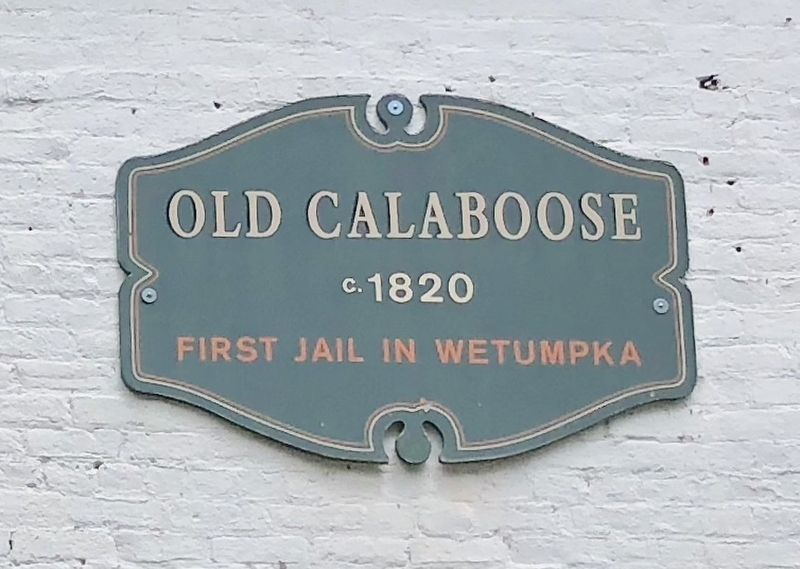 By Mark Hilton, September 26, 2018
1. Old Calaboose Marker
Inscription.
Old Calaboose. c. 1820.
First Jail in Wetumpka. . This historical marker was erected by the City of Wetumpka.. It is in Wetumpka in Elmore County Alabama

Erected by the City of Wetumpka.

Location. 32° 32.293′ N, 86° 12.342′ W. Marker is in Wetumpka, Alabama, in Elmore County. Marker is on Orline Street 0.1 miles south of Hill Street, on the right when traveling south. Touch for map. Marker is at or near this postal address: Orline Street, Wetumpka AL 36092, United States of America. Touch for directions. 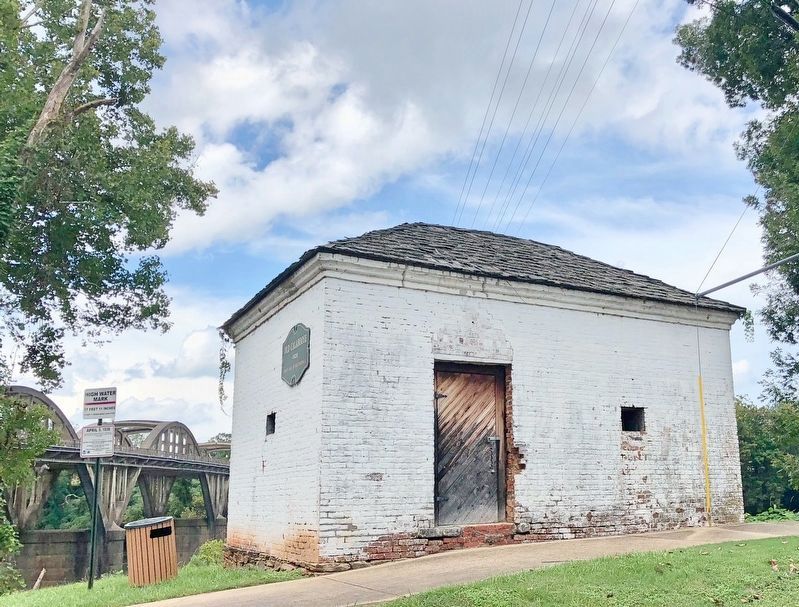 By Mark Hilton, September 26, 2018
2. Old Calaboose next to the Coosa River and the Bibb Graves Bridge.
This first jail was built by prison labor. 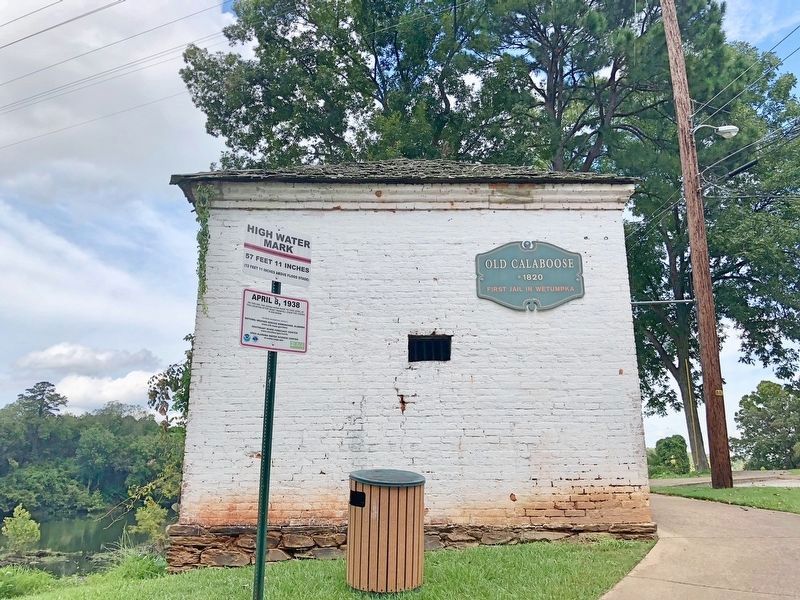