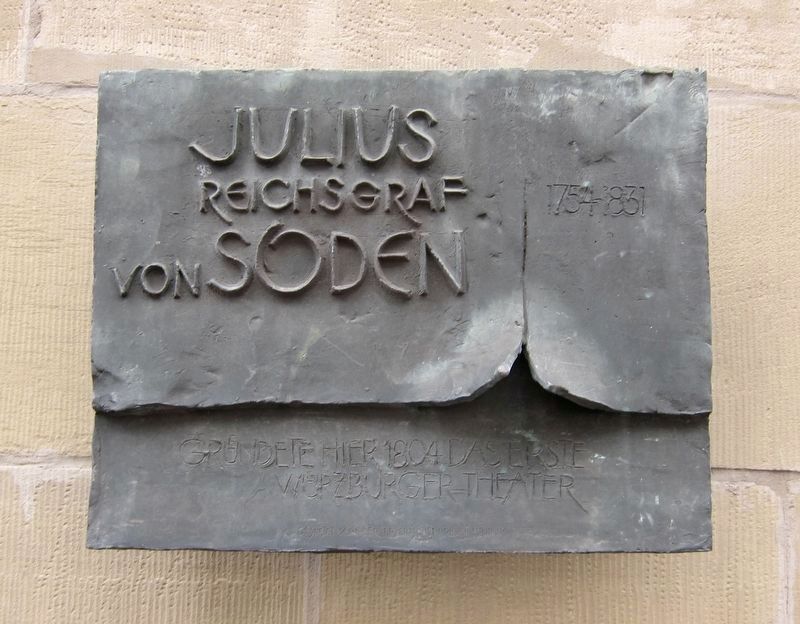 Founded the first theater in Wuerzburg here in 1804 . This historical marker was erected by Bayrischen Vereinsbank. It is in Würzburg Bavaria Germany