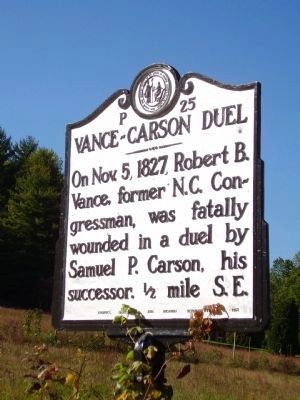 By Stanley and Terrie Howard, October 12, 2008
1. Vance-Carson Duel Marker
Inscription.
Vance-Carson Duel. . On Nov. 5, 1827, Robert B. Vance, Former N.C. Congressman, was fatally wounded in a duel by Samuel P. Carson, his successor. ½ mile S.E. . This historical marker was erected in 1982 by Archives Conservation and Highway Departments. It is Near Tuxedo in Henderson County North Carolina

Topics and series. This historical marker is listed in this topic list: Government & Politics. In addition, it is included in the North Carolina Division of Archives and History series list. A significant historical date for this entry is November 5, 1827. 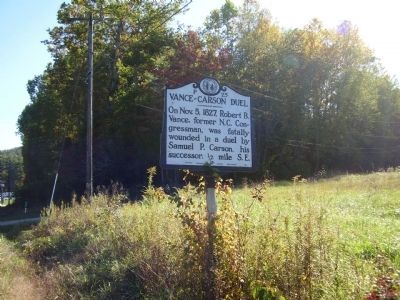 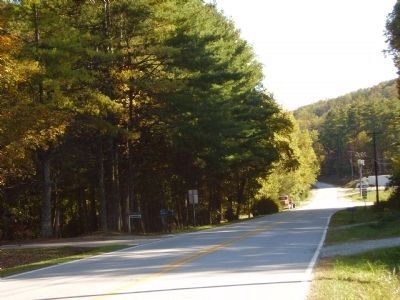